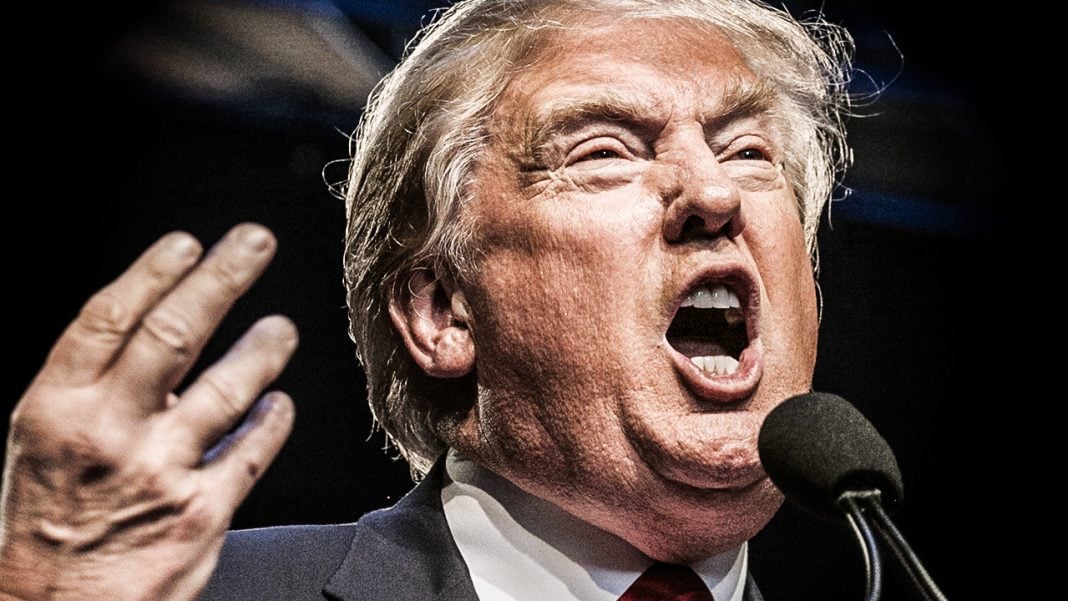 A behavioral psychologist is sounding the alarm bells over what she sees as Donald Trump’s “downward mental health spiral.” The psychologist has warned that his increasingly unhinged behavior could easily push the US into a war with other nations, which is becoming increasingly more evident via Trump’s Twitter rants. Ring of Fire’s Farron Cousins discusses this.

A prominent behavioral psychologist along with a former White House ethics chief for George W. Bush have penned an article for NBC News talking about the fact that Donald Trump’s continued downward spiral of his mental health could very easily and quite probably put the United States into another war. Some of the examples pointed out, obviously are Donald Trump’s constant antagonizing of countries like North Korea and Iran on Twitter. Not to mention the fact that Donald Trump has repeatedly falsely accused the country of Iran of not living up to the terms of the nuclear agreement signed by former president, Barack Obama. It’s completely false. They have complied. There is no evidence whatsoever to suggest that they haven’t.

But Leanne Watt, who is the psychologist and Richard Painter who is the former White House ethics chief, said that we have to start taking Donald Trump’s declining mental health very seriously. Here’s the exact quote, “At this juncture, waiting for unfitness to manifest beyond the types of observable and highly predictive behavior patterns studied by psychiatrists and psychologists is, we believe, naïve.” Basically what they’re telling us is that the evidence is already there to show that he is unfit to be President of the United States. We have enough evidence. If you’re sitting there waiting for more, they tell us, you’re wasting your time and you’re being naïve and you’re not clearly paying attention to what we already see.

So far, about 800, a little over 800, psychologists and psychiatrists have spoken out about Donald Trump’s mental unfitness since he became President of the United States. How many more of these mental health professionals, mental health experts, people who’ve spent their lives studying mental illness and human behavior, how many more of them have to come out before we start listening to them? I almost feel like, at this point, Donald Trump’s mental problems are kind of like climate change for Republicans. Oh yeah, there might be a 97% consensus about it but what about that other 3%? And at this point, we don’t even necessarily have 3% of mental health experts coming out and saying, “No, Donald Trump’s perfectly fine.”