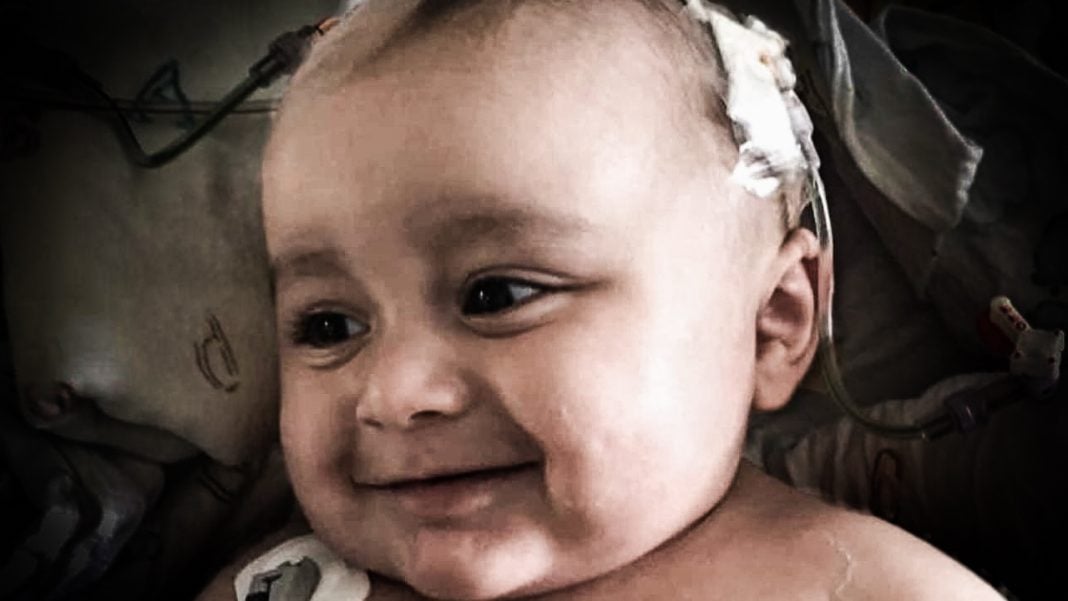 A 9-month-old boy being treated for a rare form of aggressive brain cancer received a startling letter from his family’s insurance company: Because the cost of his treatment was deemed “not medically necessary,” the insurance told him and his family that they would no longer pay for it. Doctors have warned that without treatment the boy will absolutely die, but the insurance company still believes that the infant is too expensive to be kept alive. Ring of Fire’s Farron Cousins explains why this story highlights everything that is wrong with healthcare in the United States.

If you want to know what is wrong with the healthcare system in the United States, then look at the story of Connor Richardson.

Connor Richardson is a nine month old infant, who a few months ago was diagnosed with a very rare, very aggressive form of brain cancer. He had surgery to remove a cancerous tumor from his brain, and then the cancer returned. The doctors at Saint Jude’s put him on a mix of medications that includes four medications and one highly experimental drug meant to knock this cancer out after it came back, after the tumor was removed.

Little Connor Richardson has spent almost his entire life in hospitals fighting cancer. His parents, obviously, as you could imagine, devastated by this. And they’re doing everything they can to keep their infant son alive.

Their insurance company sent a letter to them recently, and the insurance company said, “Your son …” In fact, it was actually addressed to Connor himself. “Your life’s not worth it. We can’t continue to pay for your medication that’s keeping you alive.” Because make no mistakes, the doctors at Saint Jude’s told the family, “If you do not give your son these medicines, he’ll die. 100%. No question about it. He will be dead.”

I have seen plenty of stories. I’ve been doing this for well over 13 years. And this one kind of gets to me I think more than anything else I’ve ever had to talk about. I have very young kids. I couldn’t imagine what this family is going through, how horrible that entire situation would be. And to get that letter saying, “Your son’s life is just too expensive?” A multibillion dollar insurance company doesn’t want to pay to keep your kid alive? How would you react? Because I know exactly how I would react. And trust me, it’s not something I can say on camera, because I’m furious, I’m livid about this story.

But here’s the thing. It highlights everything that is wrong with the system of healthcare here in the United States. It is absolutely disgusting that we have a for-profit healthcare system in the United States. Nobody’s life should have a price tag on it. We shouldn’t each be walking around with some kind of number, some kind of number sealing that once we hit it, our life isn’t worth it anymore for insurance companies. Companies shouldn’t be able to make those kinds of decisions.

You knows those death panels that Sarah Palin warned us about? Guess what folks? They’re very real. Except they don’t exist within the federal government. They exist in the board of directors for these insurance companies, because telling a nine month old child that your life is too expensive to save, that’s a fucking death panel. That’s what that is.

But republicans have no problem with that. Let’s stay away from conversations about universal healthcare, or Medicare for all. Let’s let the private market sort this shit out on its own. Well, this is the kind of decisions that they make. Telling a nine month old kid that you’re going to die because we don’t want to pay to keep you alive.