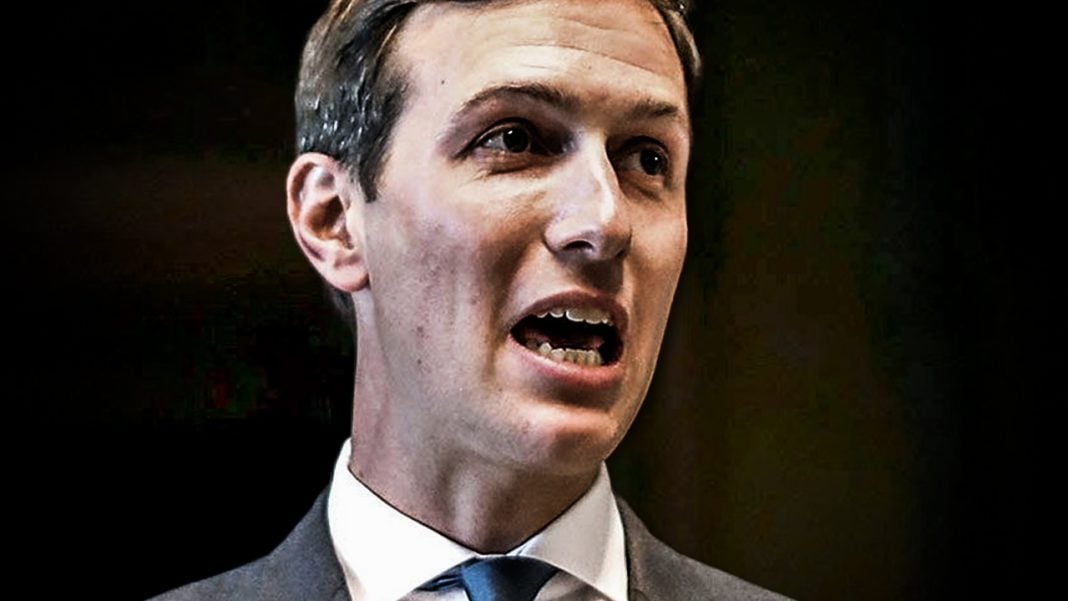 According to a recent interview with an advisor inside the White House, Trump son-in-law and advisor Jared Kushner has been “freaked out” since day one about the ongoing investigation into collusion between the Trump campaign and Russian operatives. Kushner was one of the people behind the decision to fire former FBI director James Comey, and as Ring of Fire’s Farron Cousins points out, Kushner now thinks that his involvement is going to land him in prison.

According to a recent interview with a White House advisor by a Vanity Fair report, Jared Kushner, son-in-law to Donald Trump and current, I guess, advisor to Donal Trump … Kushner has been freaked out basically since the first days of the Trump Administration due to the ongoing investigation into potential collusion between members of the Trump campaign and Russian operatives. The advisor that was interviewed by Vanity Fair says Kushner has been freaked out ever since the days of James Comey, but now he is even more freaked out over the fact that his involvement in the firing of James Comey could eventually either get him removed from the Trump Administration or even worse, land him in prison, which is probably the best case scenario that most of us could hope for at this point.

Kushner has had a lot of problems since day one of the Trump Administration. He’s got other things to worry about other than just this ongoing investigation. For example, the fact that he is constantly having to edit, re-update I guess, some of his security disclosure forms. He has not disclosed all of his business holding and that’s starting to land him in some hot water. And the fact that just like all the Republicans jumped on Hillary Clinton for doing, he’s been using a private email account to conduct official government business.

In addition to that ongoing investigation, Kushner has quite a few things to worry about these days, but honestly, it’s his involvement in the firing of James Comey that probably presents the biggest issue for Kushner and for the Trump Administration in general. What we’re seeing at this point is … Earlier this week Sean Spicer was called in to talk to the team of investigators that Mueller had put together as part of the investigation and he was asked specifically about the firing of James Comey, which points to the fact that Mueller is obviously looking into some kind of obstruction of justice charge maybe against Donald Trump, possibly against Jared Kushner at this point. Because again, if this advisor interviewed by Vanity Fair is being 100% honest and Kushner was freaked out about it and influenced Trump by having him fire James Comey, then absolutely, if his intent, because that’s what’s important right here, the intent …

If Kushner’s intent was to get Comey fired so that he could breathe a little easier and not worry about this ongoing investigation, then yes, that is 100% text book definition of obstruction of justice. You have to have that intent and as it stands right now, with each passing day, with each new revelation, it’s looking more and more likely that we do have that intent from Jared Kushner, which could very easily, prior to a Trump pardon, land Kushner in very serious legal hot water, possibly potentially if Trump loses his pardoning ability, could land Kushner and a few other people in prison.