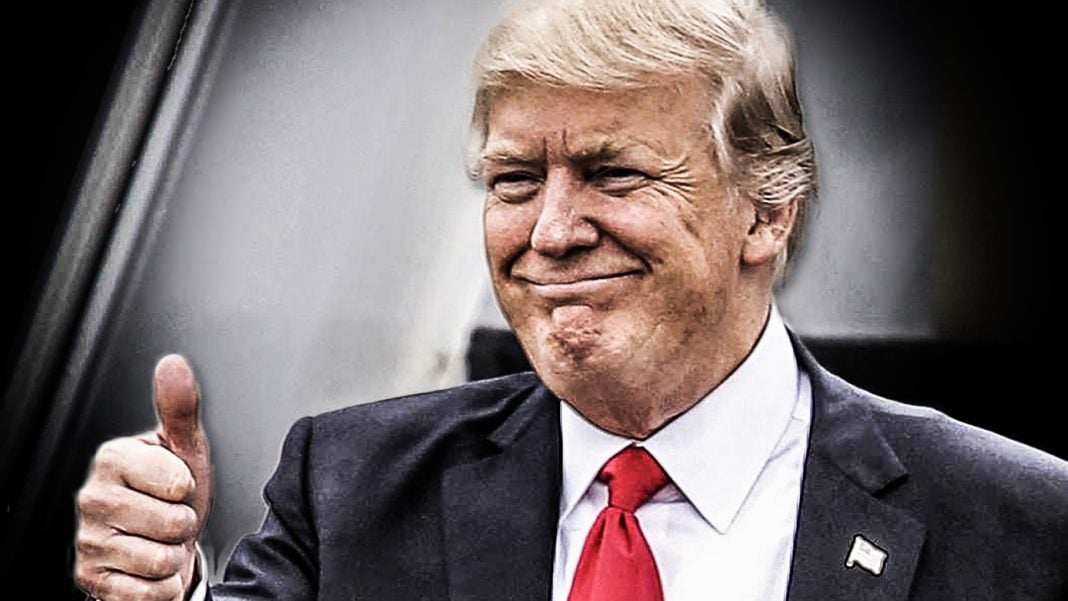 Donald Trump has been attacking the media since before he even became President, and it looks like his attacks might actually be working. According to the latest round of polling, nearly half of American voters believe that the media is making up negative stories about Donald Trump. Ring of Fire’s Farron Cousins explains how the problem of voter ignorance has helped people like Trump win public office.

A new POLITICO/Morning Consult poll came out this week that actually has some pretty bad news for people who aren’t a big fan of Donald Trump. According to this new poll, 46% of people in the United States, registered voters, actually believe that the media is making up stories to make Donald Trump look bad. According to 46% of people in this country, the media has somehow conspired together to publish negative stories about things that Donald Trump has done or said or plans to do, just so that the president can look a little bit worse.

Now, here’s the big problem with the results of this poll. 46% of people in this country are clearly living in some kind of alternative reality, where they’re not paying attention to what Donald Trump is actually doing. See here’s the thing. Look, I’m no fan of the corporate media. I know how they bury stories, how they manipulate stories, and how, in general, they hide the things that are most important to American consumers, and they do not report on them.

We personally here at Ring of Fire have had several instances of trying to get certain legal issues that Mike Papantonio has been working on trying to get media outlets to report on them, and they flat out told us, “No. We can’t do that, because the company that did this behavior, did this crime essentially is one of our big advertisers, so we’re not going to run that story.” So I understand that you don’t trust the media. I get it. But when it comes to Trump, that’s not the case. That’s not what’s happening in this country right now.

When they say that Donald Trump tweeted something out, and you look at and say, “Well, this must be fake news.” You know you can easily verify that, right? You can go to his Twitter feed and see if he actually said the thing, but that requires a little bit of work on your part. These people who think the media is lying aren’t the kind of people who would take the time, the five seconds that it takes to go and verify and see whether or not this man actually said that. And that’s the problem.

The media is bad, but American ignorance, willful ignorance, because we refuse to take a few extra seconds to fact check something. That’s a bigger problem than what’s happening in the media, and that’s the problem that this poll highlights. I don’t know how to combat that level of willful ignorance, because it’s one thing to be ignorant about a subject, okay. Everybody I’m sure has something they don’t fully comprehend as far as issues go, but at the end of the day if you want to get better at it, you go research it. You look into it, you study it, but too few people are willing to do that, and they just want to take the media for what it says or outright dismiss everything that they say. And you can’t do that.

They’re not making stuff up. They’re not blowing things out of proportion. I guess, MSNBC might be doing that a little on some issues, but at the end of the day, so far they are hell of a lot more honest than Donald Trump has ever been in his entire life.