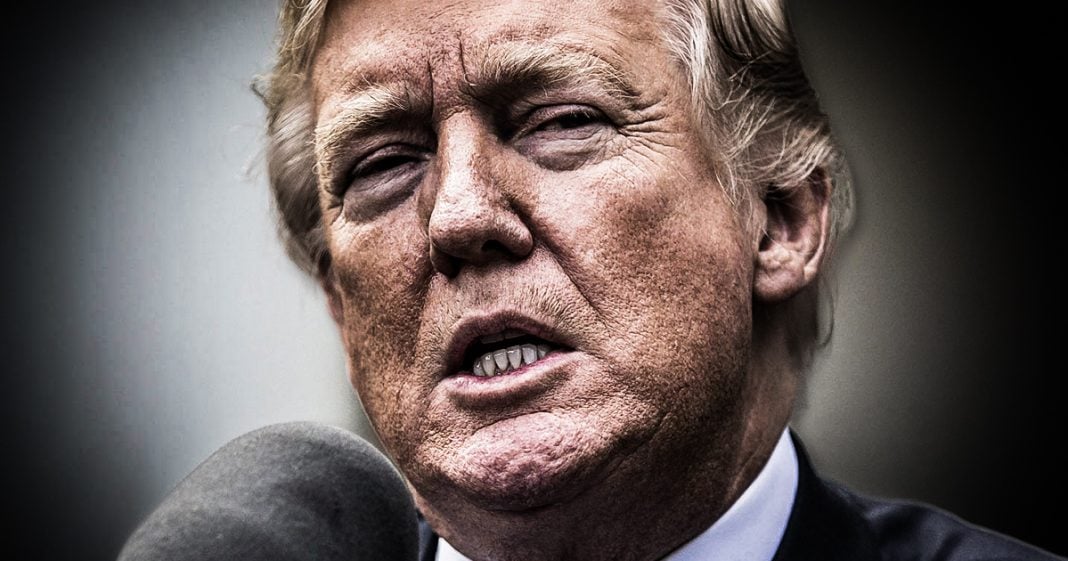 Donald Trump believes that the only way to get out of a hole is to keep digging, and that’s exactly what he’s doing right now while trying to downplay his lack of concern over the American soldiers who died after being ambushed during an attack in Niger. Trump claims that he’s done more than past presidents have, but that’s not even close to being the truth. Ring of Fire’s Farron Cousins discusses this.

For the last few days, Donald Trump spend trying to figure out how to explain to the public why he doesn’t care about dead U.S. soldiers. His explanations are getting even more bizarre than they were at the beginning. In case, you hadn’t really been following the story or were not aware what was going on. The bodies of four U.S. soldiers who were killed in an ambush attack in Niger recently returned to the United States this weekend, rather than be there as these bodies were delivered back to the United States.

Donald Trump was out golfing, and so immediately and rightfully so Donald Trump took a lot of heat for not being there as past presidents had done. It’s a very standard typical thing, it’s neither Republican nor Democrat, it’s just what a good leader and decent human being does in this particular situation.

Donald Trump thought his time would be better served playing golf. Again, Donald Trump got a lot of heat for this, so his initial response was, “Hey listen, I’ve done more for the families of fallen U.S. soldiers than any president in history.” I asked Obama you know what he did trying to somehow say that other presidents did not do the things that they are well-documented as doing. There’s photographic evidence, there’s video evidence, there are statements made.

One particular thing Donald Trump decided to throw out after that excuse didn’t work with saying that Barack Obama never called General John Kelly Donald Trump’s chief of staff after his son was killed in action. Well, that also turns out to be not true and in fact Obama hosted General Kelly at a Gold Star Families Breakfast.

Yes, Obama did speak with General Kelly about his son’s death. Donald Trump’s lying in this situation is not only a little bit more bizarre than usual, but it’s also very easy to verify as false. His lies are getting out of control. His ignorance and his arrogance is getting out of control and what worries me, what really has me concerned at this point is that this kind of behavior from Trump is becoming normalize.

The headlines from the corporate media are saying, “Oh, Donald Trump bends the truth. Donald Trump falsely states just freaking say that Donald Trump lied.” I’m tired of this dancing around, the language dancing around the issue. The man is mentally unstable he is a pathological liar. He has a very severe problem with telling the truth, and especially in this particular situation when we’re talking about United States soldiers that were killed overseas. Probably, if I’m going to have to say there’s only one time where you can’t lie, probably got to be about dead U.S. soldiers because that’s about the height of disrespect.

The same kind of disrespect that you’re accusing NFL people of having towards the United States. I can’t think of anything more disrespectful than not showing up as part of your job to receive these bodies, and then lying about it and undermining and convincing the public that past presidents were just as callous and weak in leadership as you are.