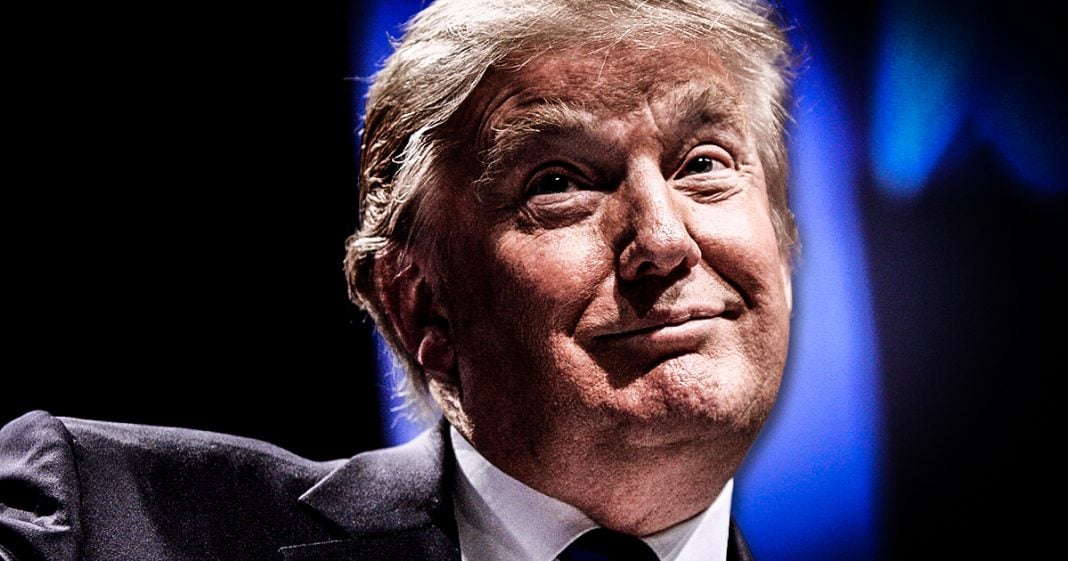 Donald Trump, and the few people who still support him, love to tell us that he is one of the best businessmen the world has ever known. If that were the case, then how did he manage to lose $600 million in the last year, causing him to drop 92 spots on Forbes list of 400 richest Americans? Trump is about as good as running businesses as he is at running the country, as Ring of Fire’s Farron Cousins explains.

The one thing that Republicans, and Donald Trump himself has told us since he announced he was running for President is, that he is one of the best businessmen that has ever lived. Not just in the United States, not just in his current lifetime, but ever, in the history of business, nobody’s been as successful as Donald Trump. Which, is probably why he was able to bankrupt several casinos. Why his NFL competitor league, went completely bankrupt. The NFL then kept him from buying a team, because they know how bad he is with money. Why his workers live in poverty, and have had to try several different times to be able to unionize, just to get basic human rights restored to them as American workers.

But, here’s what’s really interesting, this week the Forbes 400 list, the list of 400 richest Americans came out, and guess who fell 92 spots from where he was last year, President Donald Trump. As it turns out, Donald Trump managed to somehow lose $600 million off of his net worth, in the last 12 months. While he’s still allegedly, worth about $3.1 billion, according to Forbes, that loss of $600 million, especially in a year when you really weren’t doing anything with your businesses, making any decisions at all, speaks volumes as to what kind of a leader you are.

Why? Because the public understands who you are, and what you’re all about at this point. That’s why his businesses are losing money. It’s not because he’s over there making horrible decisions, he’s backed away from his businesses. But, he’s also put them in the trust of people like Eric, and Donald Trump Junior, who are probably the closest to a living incarnation of Bevis and Butthead, as we could possibly ever get.

Why? Because he’s proven to us, he’s shown to us, what kind of a horrible human being he is. Not, just through his policies either, as President, but through his words. His words, are what has destroyed his brand, and his public image.

That’s the reason people in this country are absolutely sick and tired of him. It has less to do with his policies, and more about the fact that, now that we get to see what this man is all about, we cannot even stand to look at him.