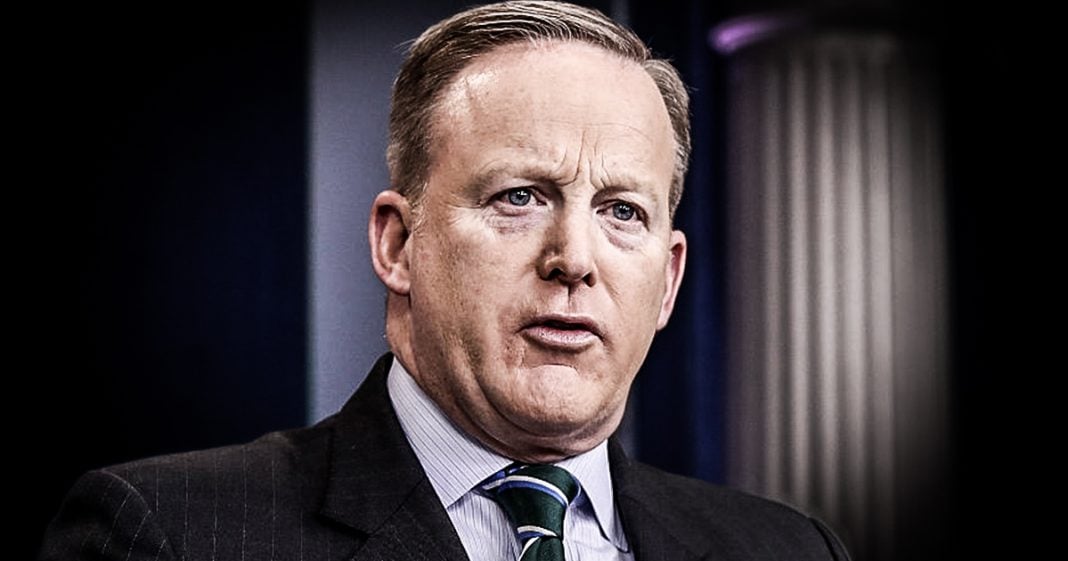 Well, we got some good news on Tuesday. It turns out that Sean Spicer, the former White House press secretary, met with a team from Robert Muller’s investigation into the Trump/Russian collusion election meddling investigation and Sean Spicer met with a team of investigators and answered some questions, specifically, he was asked questions about Donald Trump’s decision to fire former FBI Director James Comey.

Interesting development there. It’s not just that Sean Spicer had to meet with investigators as had been predicted for about a month now; it was the line of questioning, the topic at hand that should raise eyebrows within the Trump administration, because they weren’t asking about collusion. They weren’t asking about election meddling; they weren’t even asking about Russians. I’m sure they probably did at some point, but the main focus was about Donald Trump firing James Comey. Now, what could that possibly be?

I’m going to go with obstruction of justice, because that is exactly what Muller and his team are looking at with regards to the firing of James Comey. They want to know what Sean Spicer witnessed. They want to know what conversations he overheard, what conversations he was a part of. What did the president say as far as justifying his firing of James Comey?

Was it because he really was mad that he released that letter a few weeks before the election and tanked Hillary’s campaign, or was it because he was going to launch an investigation that was gonna possibly land members of the Trump family, or possibly even Trump himself in prison? I’m going to go with the latter on that, because I don’t think that as Donald Trump said, he was actually concerned about Comey and what he did to Hillary. Trump himself has been out, once again, making fun of Hillary this week.

So yeah, I don’t think his Comey firing had anything to do with that, even though he initially told us it did. Sean Spicer could be the key to bringing down Donald Trump, as we’ve explained in the past. Spicer kept detailed notebooks of every meeting that he went to within the Trump administration because he was afraid he’d forget something. He was afraid he’s going to miss something, so he wrote everything down and those Spicer notebooks, I don’t know if they came up in this particular meeting, they could hold the key to bringing down the entire Trump administration.

But the bottom line is this: the fact that Spicer was asked about Comey’s firing specifically tells us that yes, it is incredibly likely that Muller is building a very strong case against Donald Trump for obstruction of justice, and while it’s probably not going to land Trump in prison, it absolutely could be just enough to impeach him and get him out of office for good.