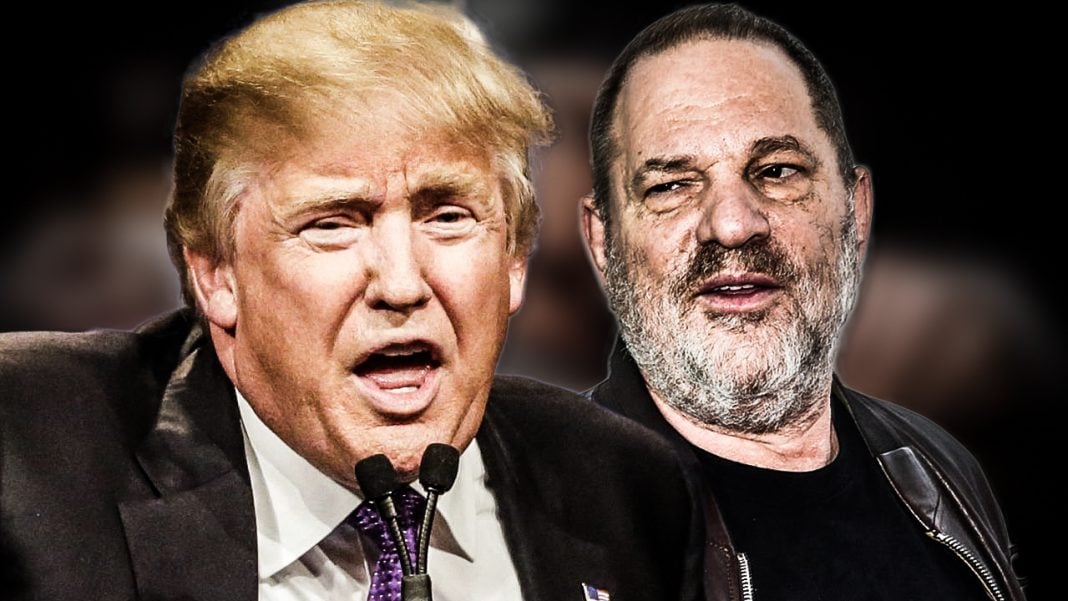 As the media continues to focus on the disgusting behavior of Harvey Weinstein, let’s not forget that we have our own admitted sexual abuser serving in the White House. Just recently, Trump was served with a subpoena to turn over all documents relating to sexual assault and harassment charges against him as part of an ongoing lawsuit filed by a former contestant on The Apprentice. Ring of Fire’s Farron Cousins discusses this.

For nearly a year now, Summer Zervos, a former contestant on Donald Trump’s apprentice program on NBC has been fighting a very public battle to expose what kind of person Donald Trump truly is. Zervos, in case anybody doesn’t remember, is the woman who filed a assault lawsuit against Donald Trump for allegedly groping her and kissing her at a meeting at his Beverly Hills bungalow back in 2007. She was under the impression she was going to this bungalow to meet with Donald Trump about a potential job within the Trump organization, and Donald trump, according to Zervos, had other things on his mind.

Now, if that sounds a little bit familiar, it’s because that is the exact same type of scenario that many of the women who have come forward and accused Harvey Weinstein of sexual assault, that is the exact same scenario that they fell under. They believed they were going to meet with Weinstein about a job, or a new career opportunity and instead, wound up getting sexually harassed or sexually assaulted.

So, Zervos’ claims mirror what we’re seeing right now with Weinstein. Yet, for some reason, Weinstein is the only one we’re talking about at the moment in the media. We need to focus on that fact that the president of the United States has been accused and bragged about on tape of doing the exact same kind of behavior. Maybe as a result of Miss Zervos’ lawsuit here, we could get the media finally paying attention to this story that is of utmost importance, because now, the Trump campaign, Trump administration, has been subpoenaed by Zervos’ lawyers to turn over any and all documentation regarding all of the sexual harassment and sexual assault claims that have been filed against Donald Trump. As far as the assault goes, that’s 15 different women, including Zervos, who have come forward saying that Donald Trump either inappropriately grabbed them or attempted to kiss them.

Now, that is not the grand total number of people that have accused Donald Trump of sexual misconduct. Those are just the specific ones who have accused him of inappropriate touching. He has now been subpoenaed to turn over any and all documentation that he has about these claims. Last year, when Zervos first came forward with her accusation against Donald Trump, the media seemed to play it off a little bit. They didn’t give it too much airtime. When Access Hollywood tape came out, yeah, that was big news … for a few days. And then that was it.

Donald Trump is guilty of the same behavior that Harvey Weinstein is now being accused of. How do we know? Because he bragged about it. That Access Hollywood tape should be exhibit A in every single sexual assault lawsuit being filed against President Donald Trump. He has admitted that this is what he does, so saying that he’s guilty of it is not a stretch of the imagination. It’s not a hyperbole. It’s not slander. It’s what he himself has admitted to doing to these women. And yet, that particular aspect of Donald Trump’s personality is not getting the kind of attention that it deserves

We screwed up as a county. Everyone who voted for this guy screwed up. Wither that or they have absolutely no problem with the kind of behavior that we see from people like Trump or Weinstein or Roger Ailes and Bill O’Reilly and Eric Bolling. They’re perfectly fine with that. For the rest of us, this is a very serious issue that is only now beginning to get the kind of attention that it deserves, but it’s still not enough, and it’s not enough for the victims in these scenarios.

Hopefully, the Trump administration, his lawyers are going to comply with this subpoena even though they’ve tried to argue in court that the president is immune from lawsuits because he’s the president. Let’s hope that the judge enforces this and so finally, these records can be made public of all of the women who have come forward and said that Donald Trump is basically a sexual predator.