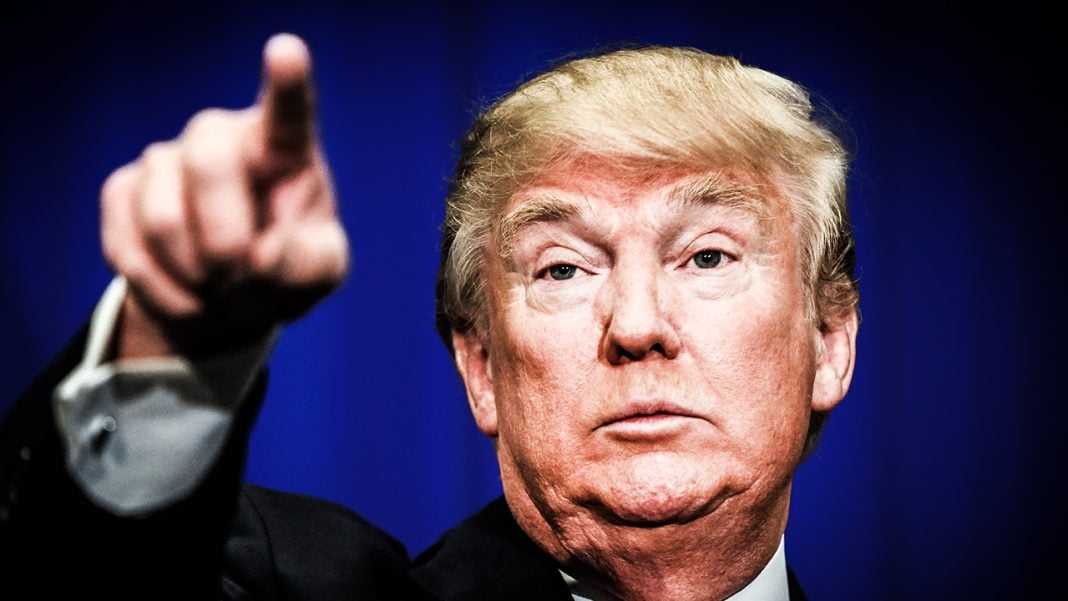 Donald Trump has never been the kind of person who is willing to accept the blame for his own shortcomings, and his time as President has highlighted his complete lack of understanding about what a good leader looks like. This week, Trump said that the failures of his government are not his fault, and that the public should blame the Republicans in Congress. Ring of Fire’s Farron Cousins explains why all of the failures of the Party can and should be laid directly at Trump’s feet.

On Monday, Donald Trump had a cabinet meeting where the press for some reason, decided it would be a good idea to attend this because maybe they thought they were gonna get some decent info from Donald Trump, maybe he was gonna talk about real issues. But instead, of course, Donald Trump decided to spend most of the time talking to the press about how screwed up the Republican Party really is.

There you have it folks, all of the failures that we have seen from the Trump administration, it’s not from Trump, it’s from literally everyone else. It’s never Donald Trump’s fault. Can you imagine how amazing it must be to go through life and just see everything around you, everything you touch just completely fall apart and go to complete crap and it never actually being your fault, that the whole planet, the whole cosmos has conspired against you to make everything so awful through no fault whatsoever of your own? No?

Yeah, I can’t imagine that either because that’s not how reality works. If Donald Trump had even an ounce of leadership ability inside of him, he would acknowledge that yeah, you know what? As a member of the Republican Party who also happens to be president of the United States, everything flows from the top. And when there’s disfunction at the top, there’s disfunction all the way down and that’s what we’re seeing in Washington DC right now.

Look, I do not want any of these Republican policies they have been talking about and writing into legislation and voting on to get passed whatsoever. I am 100% against every single thing they have attempted to do this year. But, those legislative failures cannot just be hung on the backs of the Republicans in the House and the Senate.

Donald Trump, as president of the United States, a member of the Republican Party, he bears the ultimate blame. The same thing happened with Barack Obama. When the Democrats were in charge for those few brief years when they actually controlled the legislative and the executive branches, if something didn’t go right, the press didn’t say, “Well, Obama did what he could, but those darn Democrats just keep screwing up.” No. Everything was put on his shoulders. Why? Because he was the leader. And that is exactly what happens right now with Donald Trump.

And you know what? Obama bore that cross with dignity and grace and a sense of leadership. We don’t get this from Donald Trump. He’s the kind of guy who is willing to, as we’ve seen time after time, throw every other member of the Republican Party under the bus just to keep his image clean. I don’t think he’s fooling anybody in this country when he says, “No, none of this is my fault. It’s all these darn Republicans who believe in the exact same things I do.” I think we’re all smart enough to kind of see past this and I think most of the public understands that when the Republican Party is in power, all across government and all across state governments, it’s all coming from the top.

When things don’t get done, when they continue to fail time after time after time, it’s not just the little Republican senators and congresspeople, it comes from the president as well. And if Donald Trump was a true leader, he would be the first one to jump out there and take responsibility, say, “You know what? We’re not getting it done. I’ve let people down. We’re going to get better and we’re going to work together to get this done.” But of course, Donald Trump doesn’t know what it’s like to be a leader because he’s never had to be a leader, and that is why this Republican Party, especially under the leadership of Donald Trump, is going to continue to fail at everything they do, because nobody in that party wants to take responsibility for coming up with these horrible legislative ideas that they continue to push out day after day.