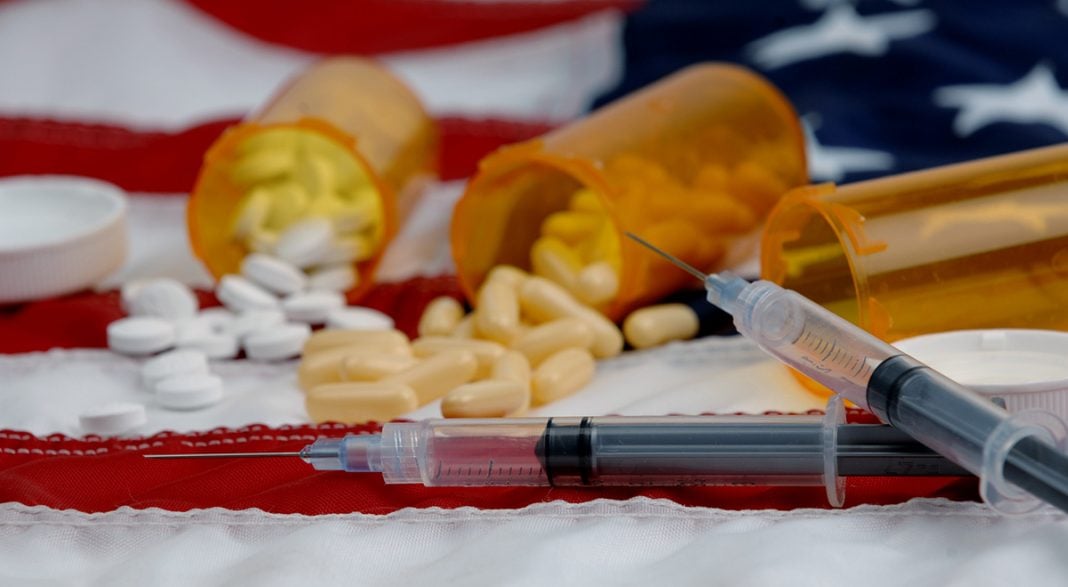 Over the past year, The Ring of Fire has presented a number of stories on America’s opioid addiction crisis and the role played by Big Pharma and major drug distributors. On October 15, however, a recent joint investigation by CBS 60 Minutes and the Washington Post confirmed what we have all long suspected: the drug industry has been enabled by complicit federal lawmakers.

What is shocking, however, is that the Department of Justice – the nation’s top law enforcement agency – has been enabling these corporate criminals as well. According to whistleblower Joe Rannazzisi, DEA efforts to combat the unchecked spread of prescription opioid drugs have been continually hamstrung by the DoJ – thanks largely to pressure from industry lobbyists and the companies and their lawyers themselves.

Not surprisingly, many of those lobbyists have been former members of Congress themselves – but a number of them are also people who once worked in the DEA.

During his time at the DEA, Rannazzisi focused on “rogue doctors” running roadside “pill mills.” Eventually, however, the agency realized that the main source of the problem was drug distributors – large corporations such as McKesson, Amerisource and Cardinal Health, that continually filled unusually large orders for opioids from dubious customers without asking any questions. Over the past several years, the DEA assessed fines against the “Big Three” drug distributors in excess of $341 million.

What happened next was appalling, but given the level of corruption in Washington, D.C., hardly surprising. Industry lobbyists for the drug distribution industry descended upon their pet members of Congress, complaining that DEA regulations were “vague” and that they were being treated unfairly, as if they were supplying ordinary street narcotics dealers.

They also registered their objections with the Department of Justice. In a letter sent last August, the Health Distribution Alliance complained about the DEA’s “evolving expectations for distributors’ maintenance of ‘effective controls against diversion of particular controlled substances into other than legitimate medical, scientific, and industrial channels’,” claiming that regulatory actions were imposing unreasonable burdens on the industry and causing the loss of jobs.

It wasn’t the first time. In 2011, corporate attorneys for Cardinal Health complained to the DoJ, after which Rannazzisi’s supervisors demanded that he explain his actions against drug distributors. Over the next few years, the industry used its money and power to pressure DEA attorneys into taking a “softer approach,” says Rannazzisi. By 2013, cases against big corporate drug distributors virtually stopped. Investigators found themselves stymied by their bosses at every turn.

Former DEA attorney Jonathan Novak blames the infamous “revolving door.” But it’s not just former members of Congress going to work for these big corporations. According to Novak, a substantial number of his former colleagues at the DEA have gone over to the “Dark Side,” taking high-paying jobs with drug distribution companies. Novak said,

“Some of the best and the brightest former DEA attorneys are now on the other side and know all of the weak points. Their fingerprints are on memos and policy and emails going out where you see this concoction of what they might argue in the future.”

Small wonder that DEA lawyers have been losing cases against these companies.

On the legislative front, industry lobbying efforts have been paying off handsomely. Last year, a number of lawmakers on Capitol Hill, working on behalf of drug distributors, passed the Ensuring Patient Access and Effective Drug Enforcement Act. The bill was introduced by GOP Representative Tom Marino of Pennsylvania (who has received substantial support from the industry). It was sponsored in the Senate by Utah Republican Orrin Hatch (a darling of the pharmaceutical industry, getting over $310,000 in campaign contributions during the 2016 cycle) and Sheldon Whitehouse.

The bill was signed into law by President Obama. Ostensibly, the law was supposed to “help ensure that prescription drugs land in the hands of patients and not those who would abuse them,” according to Senator Whitehouse. However, what the law has actually done is tie the DEA’s hands in going after major drug distributors guilty of supplying corrupt physicians and pharmacists who hand out prescription pain meds to virtually anyone who asks for them.

Not a bad return on the industry’s $16 million investment during last year’s elections.

Meanwhile, the death toll from opioids since the 1990s stands at over 200,000 – and there is no end in sight. In a move that came as little surprise, Donald Trump recently nominated Marino to be the nation’s next drug czar; however, since the story broke on 60 Minutes on Sunday, pressure from Congressional colleagues from states particularly hard hit from opioids forced Marino to withdraw his name from consideration.

Since the federal government is in bed with the drug industry, it has fallen to state and local governments to combat the problem of opioid abuse – and this is where Rannazzisi is now focusing his efforts. Today, Rannazzisi serves as a consultant for state attorneys general as they file their own lawsuits against prescription drug distributors.

At least there is hope that these corporate criminals will eventually be held accountable. As for lawmakers, it behooves voters whose lives have been affected by opioids to take note of which members of Congress have been bought and paid for by prescription drug distributors – and keep that information in mind when they cast their ballots next year.