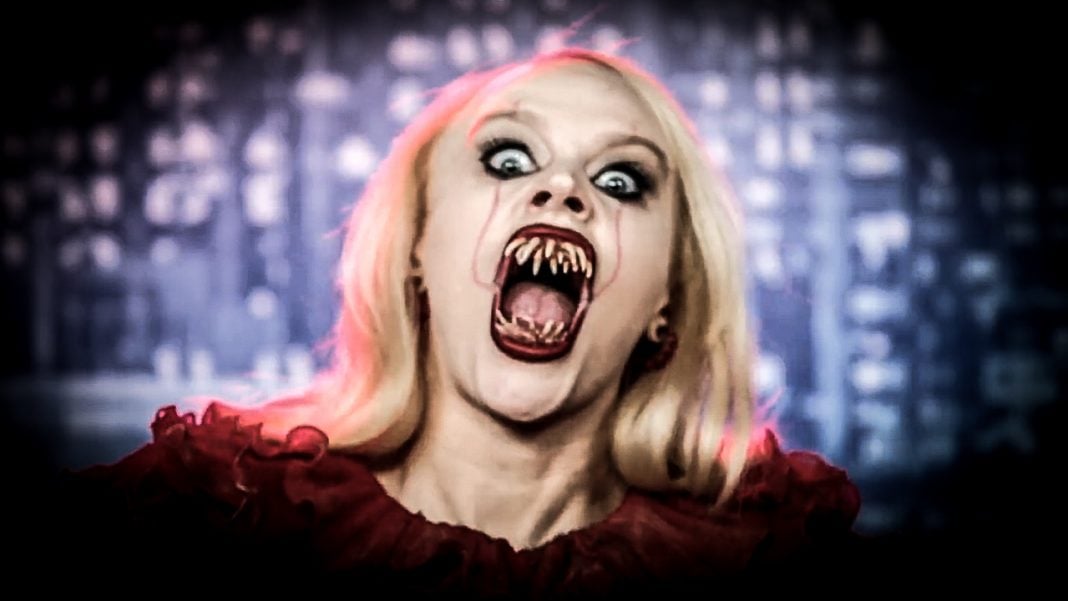 On the most recent episode of Saturday Night Live, the program decided to show Kellyanne Conway the way most of us already view her by portraying her as Pennywise the Clown from the movie/novel “It.” And when you think about it, both Conway and Pennywise share more than a few common characteristics, making the portrayal that much more convincing. Ring of Fire’s Farron Cousins discusses this.

This past weekend, Saturday Night Live once again decided to send up the Trump administration, but this time they had Kellyanne Conway back, portrayed by cast member Kate McKinnon. Kellyanne Conway just happened to also serve as their Pennywise the Clown in a parody of the new movie It, also based on the Stephen King novel.

In the skit, Kellywise, the Dancing Clown as she was called, is in the sewer trying to lure Anderson Cooper down there so that she can murder him. She’s already got Rachel Maddow down there and she ends up getting Cooper to come into the sewer by luring down there with a copy of Hillary Clinton’s book, What Happened.

Here’s the thing about this skit that really got to me when I saw it. There are apparently quite a few similarities that I don’t think people have really noticed between Kellyanne Conway and Pennywise the Clown from It. First and foremost, both of them seemed to have absolutely no problem lying to people in order to get what they want. They make lofty promises and then manage to lure people in, get their support, if you will, and then they do some unimaginably horrible things to these people, particularly children.

That’s point number two. The big thing that Kellyanne Conway and Pennywise the Clown have in common is that they have absolutely no problem whatsoever with letting children die. Let’s recall that just recently Republicans in Washington, D.C. allowed a program to expire that provided health insurance funding for nine million children in this country. Kellyanne’s boss is pushing forward a tax package that’s going to raise taxes on the bottom income earners in this country and he also just ended subsidy payments from the Federal Government to insurance companies, which is going to lead to higher premiums for most American citizens, which will then price a lot of people out of the system and they could potentially die as a result of not having health insurance.

Kellyanne Conway’s perfectly fine with that. She is, much like Pennywise, a complete sociopath. There is no empathy for other human beings. She has no qualms about not telling the truth, deceiving people, using her lies to get what she wants and to sell the administration. So this portrayal of SNL as Kellyanne Conway as Pennywise happens to be one of the most accurate things that they have ever done on this program because when you get down to it, there’s not a whole lot of difference between Kellyanne and Pennywise.