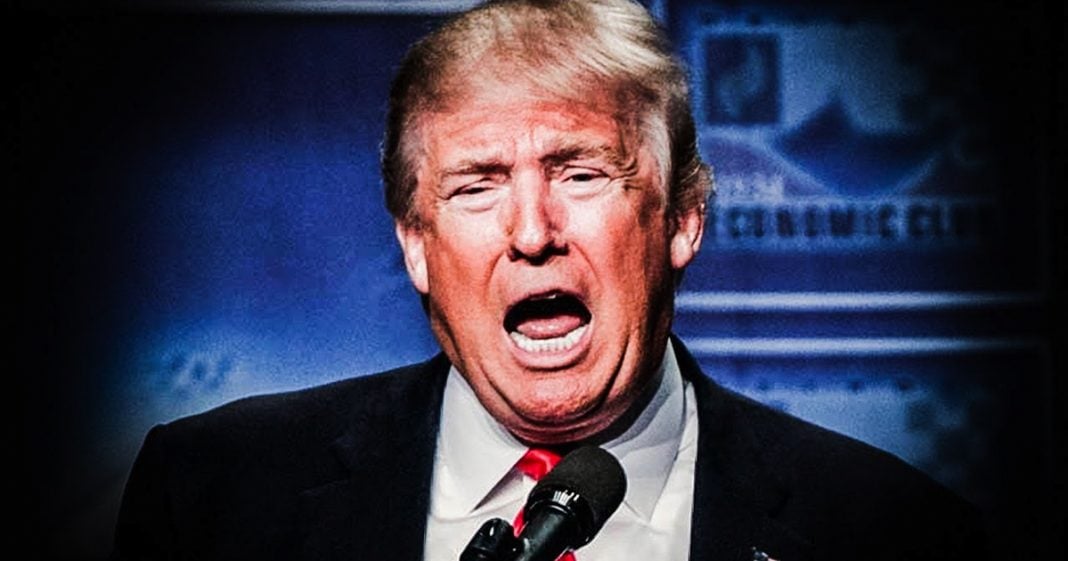 On Saturday, a group of psychologists and mental health professionals marched on the streets of New York City to not only raise awareness about Donald Trump’s dangerous mental problems, but to also call for his removal from office. There are Constitutional mechanisms in place that would allow for Trump’s quick removal, and it is past time for Congress to take action. Ring of Fire’s Farron Cousins discusses this.

This past Saturday, more than 100 psychologists and mental health experts took to the streets of New York City to not only help raise awareness about Donald Trump’s declining mental stability, but also to call for his removal from office. Here is what one of the those psychologists present said, “We can sense the power of Trump’s underlying fear that he is worthless and weak by how intensely he resists and retaliated against any criticism.”

This is a very valid point. It’s a valid argument because Donald Trump does not have the ability to let something go. Anytime he is criticized by anyone, be it the media, be it a celebrity, be it a television program that has nothing to do with politics, he will not shut up about it. He obsesses over it and he lets those tiny little criticisms eat away on him on the inside.

Another psychologist present said, “This country is suffering as a result of Donald Trump’s narcissistic personality.” These psychologists that marched in New York have been very vocal since Donald Trump took office, and they’ve been warning the public about the dangers of Donald Trump repeatedly, especially over the last few months. Just recently, I believe about a week and a half ago, they released a collection of essays, talking about the many, many ways in which Donald Trump is clearly mentally unfit to hold the office of the President.

These psychologists, these people who have spent their lives studying mental health so that they can given diagnoses when somebody’s brain isn’t functioning properly, I think it’s time we listened to them. If you have hundreds of people who know mental health backwards and forwards coming forth and saying that a certain human being has serious psychological problems, don’t you think we should listen to them?

What do these people have to gain from coming out against Donald Trump? That’s something Republicans always tell us, “Oh, they’re out there for themselves, they’re doing this to get famous.” Really? I don’t think any of these people want to be famous, and you know why? Because we don’t know, necessarily, who they are. They’re trying to raise awareness. They’re trying to educate the public. Maybe there’s a few in there that just want the fame, that just want to go out and do some interviews but, at their heart, I believe these are genuine people voicing genuine concerns that, at this point, are shared by almost half of this country.

Donald Trump is not mentally fit to serve as President of the United States and, thankfully, we actually have mechanisms in place in the U.S. Constitution to remove him from office. Unfortunately, we have Republicans who control every other branch of government and they will absolutely not, at least at this time, go forward with things like that, like enacting the 25th Amendment, that would allow them by a simple up or down vote to remove Donald Trump from office for good. They won’t do it because they’re terrified of him. Why? Because of the same narcissistic personality disorder that these psychologists have warned us about.

Anyone who speaks out against Donald Trump, including his Republican brethren, are assaulted relentlessly, verbally, via Twitter, by the President. None of these Republicans are willing to stand up and do something about that, even though those very attacks that they’re afraid of are Exhibit A in terms of Donald Trump’s mental instability.

Go out there, speak out, don’t be afraid, Republicans. The majority of the public has your back on this. The mental health community has your back on this. As it is right now, you, Republican Party, are the only ones standing between Donald Trump and his removal from office. You could get him out if only you would listen to the American public, grow a spine for a change and not live in constant fear of Donald Trump’s tweets.