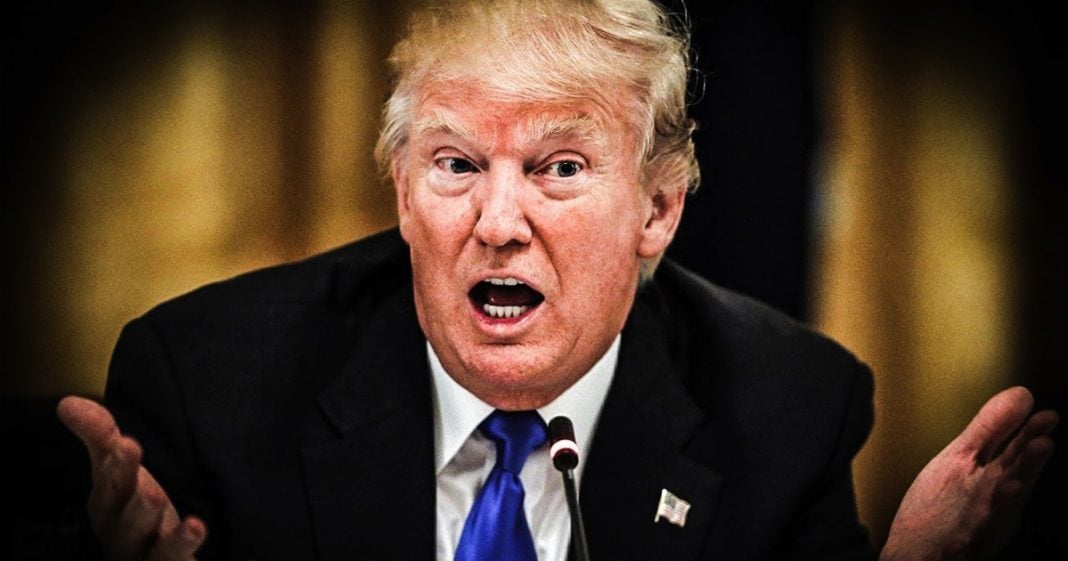 This past weekend, Steve Bannon admitted that the reason President Trump decided to end Obamacare subsidy payments to health insurance companies was because he wanted to see the whole program fail, so he’s intentionally sabotaging it. The administration is gambling away peoples’ lives because they want to spite Obama, as Ring of Fire’s Farron Cousins explains.

This past weekend at the Values Voter Summit, Steve Bannon, a former advisor, staff member of Donald Trump, current propaganda peddler, I guess, at Breitbart, decided to tell the audience exactly why Donald Trump decided to basically destroy Obamacare from the inside. Bannon told the crowd, “We’re gonna blow it up. We’re gonna blow the whole thing up,” and what he’s referring to is Trump’s recent decision to issue an executive order that ends the subsidy payments from the federal government to insurance companies that help low income Americans afford their health insurance plans. Because we’re ending those subsidies, it’s going to cause premiums for millions of American citizens to rise. They’re projected to rise by 20%, and they will rise by 25% by the year 2020, and as Steve Bannon admitted to that crowd at the Values Voter Summit, this was entirely intentional. Donald Trump did this to destroy the Obamacare program from the inside, so that he then has the clearance to go back to the American voters and say, “Look, the program failed just like I told you it would.”

Of course he’s not going to mention the fact that he is the one who has actively sabotaged it, but voters probably won’t even care. They’re probably not even coherent enough to understand what he is doing. Donald Trump is destroying healthcare in the United States, and Steve Bannon perfectly admitted why he’s doing it. He’s doing it, one, to spite Obama because for some reason he seems to be hung up on what the president before him did, a very unhealthy obsession if you ask me. Two and most importantly, because he simply doesn’t care. He doesn’t care that millions of people are going to be priced out of the health insurance markets. He doesn’t care that the millions who stay are going to be forced to pay higher premiums upwards of 25% of what they’re currently paying. He doesn’t care. All he cares about is taking away one of the biggest accomplishments of the guy who held that office before he did. Donald Trump is consistently putting himself up against that Barack Obama yardstick to see how he measures up, and you know what he’s found every time he’s tried that?

He’s found that he doesn’t even come close to being the kind of president, the kind of husband, or father, or even human being that Barack Obama was. Was Barack Obama a perfect president? Absolutely not. He made a lot of decisions in office that I 100% disagree with. I’m not even a huge fan of the Affordable Care Act. I think it should have and could have gone much further than it actually did, but was it helpful? Yes. Is it perfect? No. We could build upon it. We could make it better, and instead, idiot Trump decides he’s going to go in there and make it worse so that the voters might actually be willing to accept one of the horrible healthcare packages that Republicans in D.C. have put together, that’s going to leave upwards of 32 million American citizens without any form of health insurance whatsoever. We’ve already been there, folks. We’ve been in a country where 48 million people lacked access to health insurance, and Trump is trying to take us right back into that era.

An era where people in this country die at alarming rates just because they can’t afford medicine, because they can’t afford to go to the doctor. Rather than building upon a program, making it better, and being known for that, Donald Trump and everybody he has surrounded himself seem perfectly fine to be remembered as the people that are going to let American citizens die because they couldn’t get over their hatred of Barack Obama.