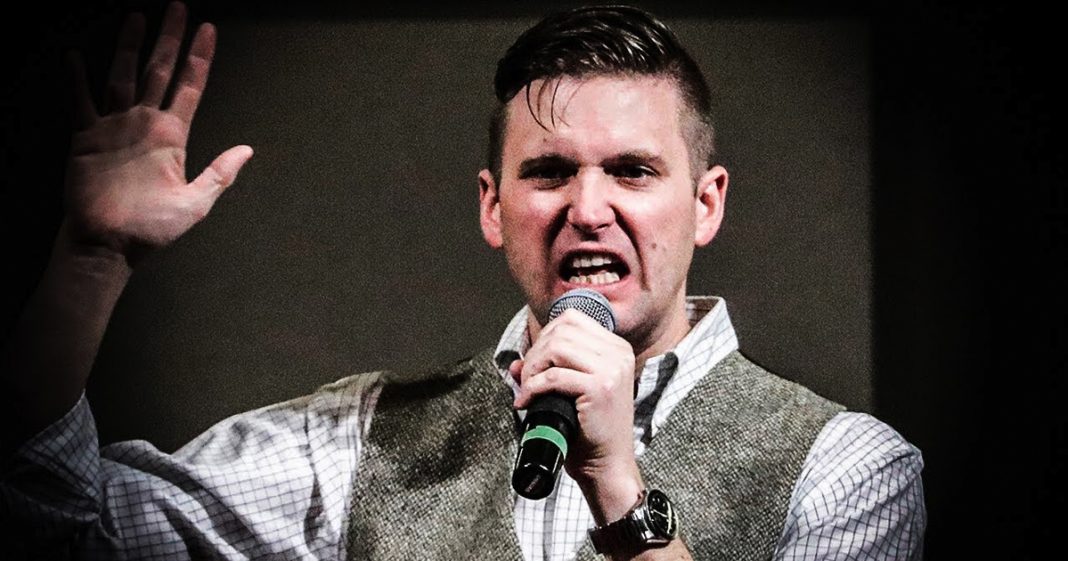 Richard Spencer, the hate-filled de-facto leader of the Alt Right, stated recently that he doesn’t believe that women should be allowed to vote. While the Alt Right has made it clear that they have no respect for women, this statement crosses a dangerous line and highlights exactly what we’re up against in both the Alt Right and Donald Trump, as Ring of Fire’s Farron Cousins explains.

Richard Spencer, one of the leaders of the disorganized Alt-Right movement said recently during an interview that he is not a big fan of women in the United States being able to cast a vote. Specifically, he said, “I don’t necessarily think that that’s a great thing,” when he was asked about women having the right to vote.

Richard Spencer is a nut job, okay? We shouldn’t be giving him the time of day. We shouldn’t necessarily care what he has to say. However, he does represent a dangerous and disgusting movement here in the United States and this interview highlights one of the hallmarks of that particular movement, and that is men are better, period. They do not want women in the United States to have the right to vote. They don’t think that women are competent or capable enough to go to the polls and make an informed choice about who their elected representatives should be. These are the people that put Donald Trump in office.

A lot of people have openly wondered how, after that Access Hollywood tape came out of Donald Trump saying those disgustingly horrible, borderline sexual assault type things, how anybody in this country could support him, and more importantly, how he even managed to win the election. Well, Richard Spencer just told us. Donald Trump’s base is highly misogynistic, and they always will be. Somehow, it is ingrained in them. Somehow, they have some kind of grudge against women. Maybe somebody broke their heart many years ago. Maybe their mother didn’t hug them enough when they were kids, but something went wrong inside of their brains that prevents them from seeing women as equals because that’s what they are. They are equal. There is no difference in the abilities, the capabilities, and the potential in a man or a woman. These idiots in the Alt-Right can’t see that. They think they are better. They think with their Tiki torches and their khaki pants and their polo shirts that somehow they’re genetically superior when all of the available evidence points to the contrary on that.

Richard Spencer is a disgusting little prick of a human being, and I have no problem saying that. I’m sorry if people don’t like to hear that, but that’s exactly what he is. Anybody who considers themself Alt-Right also falls within that category. If you’re a member of any kind of movement here in the United States where part of your identity is to believe that you are somehow genetically, religiously, or sexually superior to anyone else in this country, then yeah. You fall into the “horrible human being” category, right there along with Richard Spencer.