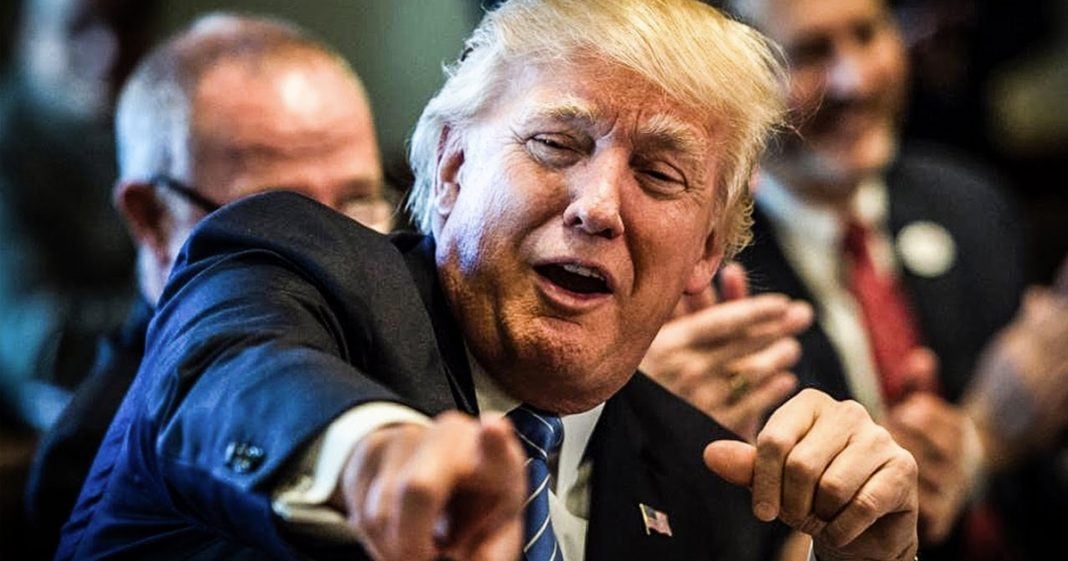 Democratic Representative Al Green put forward articles of impeachment in the House of Representatives against Donald Trump this week, but many of his Democratic colleagues are not on board with this effort. Green backed off his motion rather quickly, but this is not the first time that he’s done this. Is he wasting our shot at impeachment by jumping too soon, or is he helping to bring the issue to the mainstream? Ring of Fire’s Farron Cousins discusses this issue.

On Wednesday of this week Democratic representative, Al Green, from the state of Texas introduced articles of impeachment against Donald Trump. This is not the first time that Green has introduced articles of impeachment, but this time he decided to introduce them as privileged, meaning that they had to be debated within two days, then if the debate allows it, come to the floor for a full vote.

Republicans in the House then decided okay, well, let’s go ahead and debate these now, and Green was nowhere to be found. The debate died and the articles effectively, at that point, died and Green decided not to push them any further at the moment.

Here’s the problem with what Al Green has been doing. It’s too early for impeachment. We do not yet have enough evidence of high crimes or misdemeanors to convict Donald Trump in Congress. We don’t. It’s a sad reality, but it is a reality. We do not yet have that evidence. Now, we could, we likely will, once we get the results of the Mueller investigation, which is chugging ahead forward and Trump’s lawyers have said that they might be open to Donald Trump actually speaking with Mueller or, I guess, being interrogated really by Mueller as part of the ongoing investigation.

But Al Green is jumping the gun here. When it comes to impeachment, we’re basically going to get one shot. The public momentum supporting impeachment is growing, so why would you waste it on a shot that you know wouldn’t work? Al Green admitted going into this that he obviously didn’t have the support of the Republicans, but he also didn’t have support from the Democrats. So, what was the point of this? Was it symbolic or are you really trying to screw us all over by jumping the gun before it’s time to go on this?

We all, as Democrats in this country, I’m pretty sure I can speak for 99.9% of us at this point, we all want Trump out of office. That’s not what this is about right now. This is about overstepping our abilities. We have to wait for the evidence. Now, having said that, there are plenty of other means, specifically the 25th Amendment, several different avenues that, by which we could remove Donald Trump. Work with that. Use the 25th Amendment for what it was created for and get this madman out of office. But if you try to go forward with articles of impeachment when you admit we don’t have enough evidence, when you admit that we do not have the numbers to pass it, you’re going to screw all of us in this country who want this man out of office.

Got to be patient. I know it’s hard. I know it’s hard when we see the damage that Donald Trump is doing to this country, tweeting out that, hey, Puerto Rico, I’m going to have to pull FEMA and everybody out of there. You got to do this on your own. Best of luck to you. Well, he didn’t even say best of luck. He accused them of basically causing the crisis that the hurricane caused. It sucks. It really does. But we get one shot at impeachment. So, please, how about we wait until we have enough evidence, enough solid evidence, that we can guarantee a conviction and a vote to remove him from office?