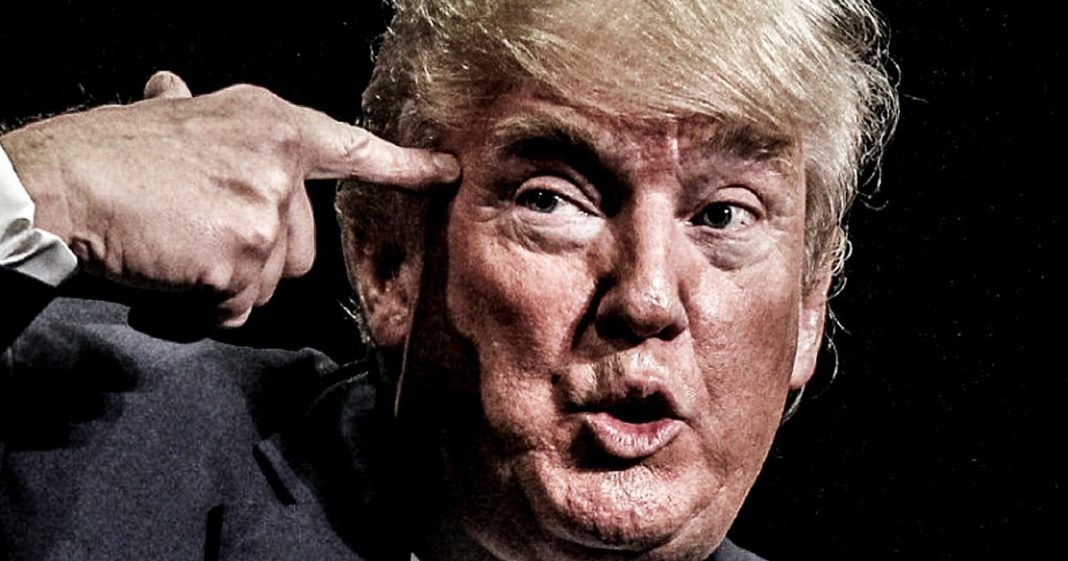 Michael Steele, the former Chairman of the Republican Party, understands how dangerous Donald Trump is to the party that he used to lead. In a recent interview, Steele said that Trump’s “insanity” is threatening the entire Party. But does Trump really represent a different wing of the Republican Party, or is he simply saying out loud what they’ve said behind closed doors for decades? Ring of Fire’s Farron Cousins discusses this.

During a recent interview, former Republican Party Chairman Michael Steele had another warning to issue to Donald Trump. But not just to Trump, basically to the entire Republican Party. He said that Donald Trump’s insanity and erratic behavior could be threatening the future of the Republican Party itself, and he warned Republicans to beware of what is happening with the President of the United States.

Here’s my question for Michael Steele. Yeah, Donald Trump is insane. He does a lot of crazy things, and he’s proven to be probably the biggest scumbag to ever hold the Oval Office. About his policies, how are they any different from anything the Republicans have proposed for the last 40 years? The truth is they’re not. There is nothing that Donald Trump has said that he wants to do, or a policy that he has pursued that has not already been brought up or attempted by Republicans in the past. And yes, that actually includes the border wall.

Donald Trump was not the first person on the 2015 campaign trail during the primary’s to even bring up the border wall. All of the other Republicans wanted it. Lindsey Graham’s been pushing for it for years before Donald Trump even thought about running for office.

Yeah, there’s nothing that Trump is doing that is not a cookie cutter policy from the Republican Party itself. So, Michael Steele can feign outrage all he wants, but the truth is that Donald Trump is doing what any other Republican would do in that position. He’s pandering to the white nationalist base. He’s building off of the bigotry of the hatred of immigrants here in the United States. He’s pushing a tax cut for the wealthy and a tax increase for the lower class. He’s pushing to kill Obamacare and replace it with something that leaves 32 million people without health insurance.

So, what’s the big deal? Why now? Why now do you suddenly have a problem with it? You didn’t have a problem with his horrible, disgusting, sexual predator-like behavior during the primary’s. Does it now bother you, Mr. Steele? Are you suddenly upset that he’s attacking Republicans on Twitter even though he did it during the campaign? Were you not paying attention? Were you asleep at the wheel? Because the bottom line is that Donald Trump hasn’t changed and everything that he’s doing today are the same things that any other Republican would do if they had that same power.