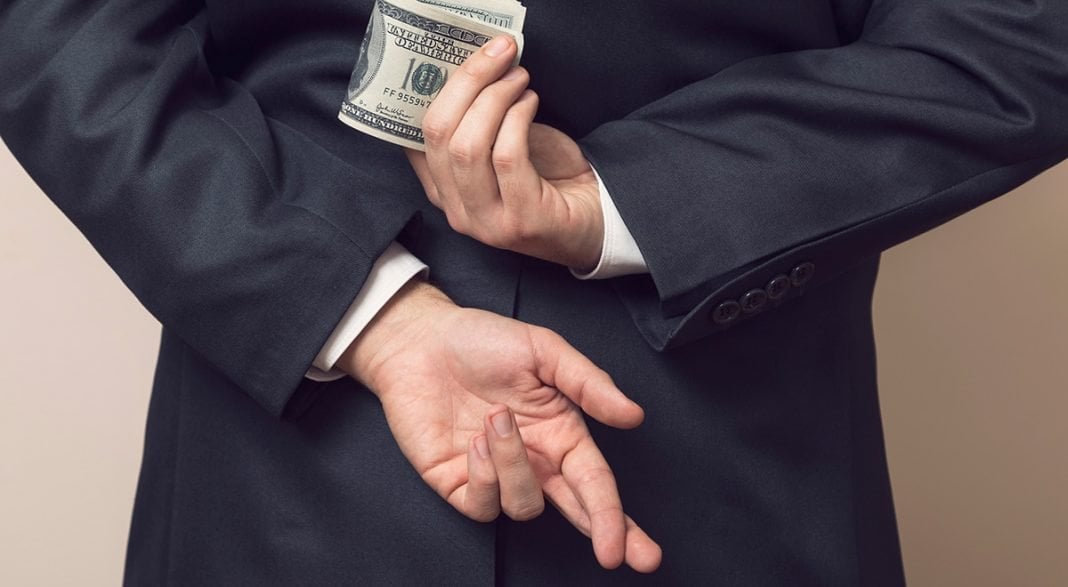 Agribusiness giant Monsanto has recently come under scrutiny from lawmakers in the U.S. and the E.U. for having funded and written its own “research” on the “safety” of products such as glyphosate. The company has colluded with “biostitutes” – bought and paid for scientists – at regulatory agencies to manipulate scientific data in order hide evidence of the herbicide’s harmful health effects.

It’s turning out Monsanto isn’t the only major corporation engaging in this kind of unscrupulous behavior. In fact, Corporate America’s practice of creating its own “research” in order to convince consumers of their products’ “safety” has been going on for a very long time.

Let’s start with Big Tobacco. By the 1930s, the medical profession was beginning to make connections between cigarette smoking and lung cancer, which prior to that time, had been an extremely rare disease. Although that link was not firmly established until the early 1950s, R.J. Reynolds was determined to be proactive.

In 1936, the cigarette maker started a new ad campaign: “Smoke a Camel – For Digestion’s Sake!” As bizarre as it seems, R.J. Reynolds was suggesting that smoking their cigarettes somehow helped to speed up the digestive process by increasing alkalinity (the opposite of acidity). This “fact” was based on a 1931 study by one Dr. A.L. Winsor. Published in the Journal of General Psychology, the article was entitled, “The Effect of Cigarette Smoking on Secretion,” which actually was about the effects of cigarette smoking on saliva flow. R.J. Reynolds stopped running the ads after 1939.

Another deadly product that corporations have promoted as being “harmless” is sugar, a substance linked to an array of health problems. By 1960, medical studies had started to find links between sugar consumption and cardiovascular disease. In July 1965, an article appeared in the New York Herald Tribune about research on growing sugar consumption in the U.S. that “threatened to tie the whole business [of diet and heart disease] in a knot.”

Two days later, the Sugar Research Foundation (SRF) launched “Project 226,” a review of literature on “Carbohydrates and Cholesterol Metabolism.” The “review” written by researchers from Harvard and later published in the New England Journal of Medicine – who had been paid generously by the sugar industry to the tune of about $6300 (approximately $48,000 in today’s dollars).

The lies and distortion didn’t stop there. In August 2015, the New York Times reported on efforts by the Coca-Cola Company’s to downplay its flagship product’s connection to obesity and put the blame on lack of exercise. While it is true that physical activity can go a long way toward maintaining a healthy weight, Coca-Cola would have consumers believe that they can continue to suck down unlimited amounts of their sugary drink (now usually sweetened with high-fructose corn syrup, which has been strongly implicated in today’s exploding obesity rates) without any worries about weight gain. Toward that end, the company enlisted (i.e., bought) a number of prominent scientists to convince customers that they can continue to drink as much soda as they like, as long as they’re getting exercise.

A year later, the Associated Press published a report on a “startling scientific finding.” It was a “research” study that somehow came to the conclusion that children who eat candy weigh less on the average than those who do not. The idea was so ludicrous that even one of the authors, Dr. Carol O’Neil of Louisiana State University, described it as “thin and clearly padded.” That didn’t stop her from accepting payment from a candy industry trade organization, however.

These are only a few examples, and the food industry is far from alone in its practice of funding “research” manipulated to make their products seem healthy or harmless. Big Pharma has funded its own clinical trials for decades. Not surprisingly, this research almost invariably casts new drugs in a positive light, even when the risks are unknown (and in too many cases, turn out to be potentially deadly).

Small wonder that increasingly, these big, megalithic corporations are losing all credibility with consumers. Referring to the 2015 Consumer Trust Survey, Center for Food Integrity CEO Charles Arnot noted that “the larger the organization… consumers are more likely to believe that it will put profit ahead of principle…[putting] its own interests above consumer interests every time.”

History has shown that consumers are absolutely correct. These companies don’t give a tinker’s damn about human lives – only the monetary value they can extract from those lives. They do not deserve our trust – nor our business.