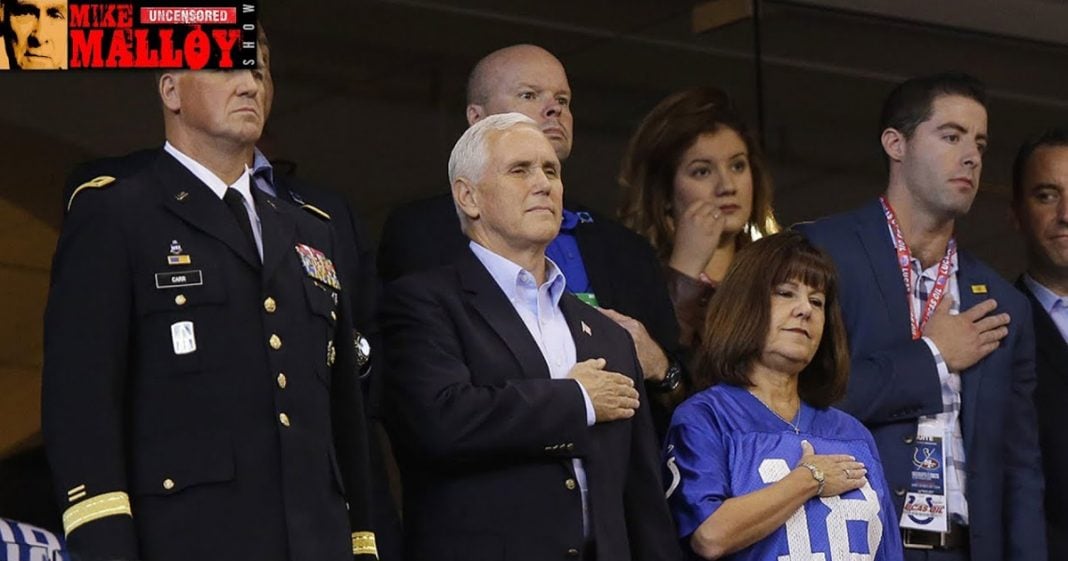 Vice President Mike Pence leaving an NFL game early on Sunday was a costly political “stunt,” according to some Democratic lawmakers.

Several members of Congress condemned the White House for using taxpayer dollars to fund Pence’s attempt to “make a point” about NFL protests during a short visit to his home state of Indiana.

Pence flew from Las Vegas, where he was attending a memorial for victims of last week’s mass shooting, to Indiana so he could attend Sunday’s game between the Indianapolis Colts and the San Francisco 49ers. He left the stadium abruptly after more than 20 players from the 49ers knelt during the national anthem in protest of police brutality.

“I left today’s Colts game because @POTUS and I will not dignify any event that disrespects our soldiers, our Flag, or our National Anthem,” Pence tweeted after his departure, minutes before President Donald Trump tweeted that he had instructed the veep to leave the game if players knelt. Mike Malloy discusses this.