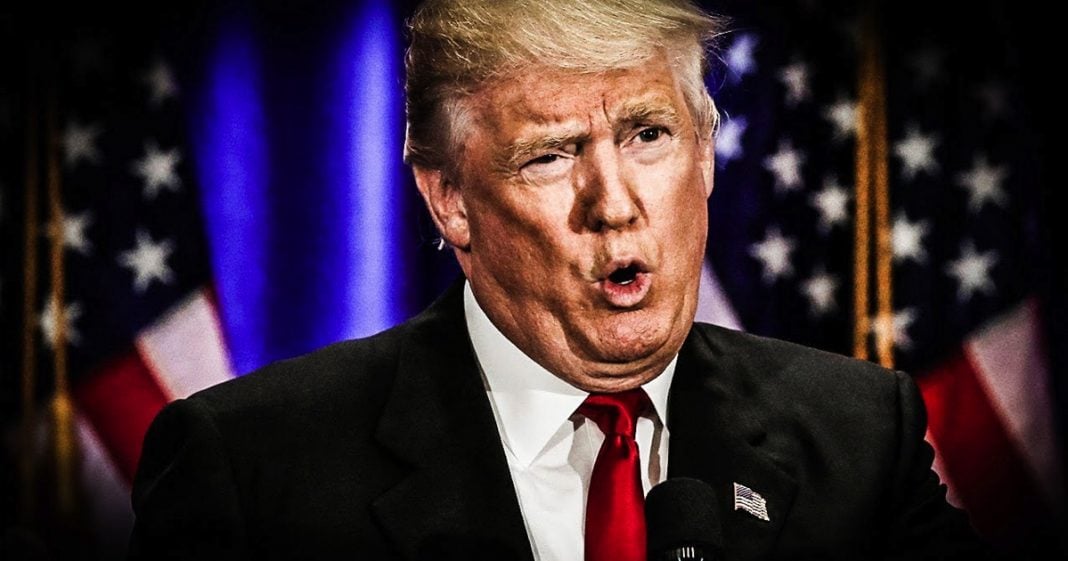 White House counselor Kellyanne Conway has never been the kind of person to let the facts get in the way of a good talking point, but her latest attempt at praising her boss has backfired spectacularly. Conway posted on Twitter that Trump has always elevated and empowered women, a comment that surely came as a shock to the 45+ women who have accused Donald Trump of sexual misconduct. Ring of Fire’s Farron Cousins discusses Conway’s hypocrisy.

Kellyanne Conway, a counselor to President Donald Trump, decided she was gonna get on Twitter and praise the president for what she calls empowering and elevating women in this country. That was particularly a response to the fact that Donald Trump has nominated Kirstjen Nielsen to be the head of the Department of Homeland Security. Kellyanne Conway thought it was a good opportunity to go out there and show the country just how great Donald Trump is when it comes to women’s issues and promoting women to positions of power here in the United States.

That went over on Twitter about as well as you would expect it to, because unlike Kellyanne Conway, the rest of the country understands that Donald Trump has for decades been exhibiting all of the signs and symptoms and behavior of a sexual predator. 45 women have come forward and accused Donald Trump of either some kind of sexual misconduct or sexual harassment over the years. Donald Trump claims that all of these allegations are false, yet has not necessarily filed a libel or defamation suit against any of these women which he is prone to do in any case where somebody actually happens to say something about him that isn’t true.

For the record, I’m going to give these women the benefit of the doubt. I’m not gonna take the Republican stance and assume that they are just glory hogs out there trying to get famous. I’m going to assume that Donald Trump did in fact do what these women are accusing him of doing. Why am I gonna assume that? Because he’s pretty much admitted it on tape. That Access Hollywood tape from 2005, that was an admission of guilt. That was an admission that he is a sexual predator from his own mouth. Not to mention the fact that Miss Ohio was one of the people who responded to Kellyanne Conway’s idiotic tweet, asking her, “Can you ask the president why be bulged into our dressing room at the pageant? Because that’s another thing Donald Trump was known to do when he owned the Miss America or Miss Universe pageant, I forget which one it was.

He would bulge into the dressing rooms when knew that women were changing just so that that creepy old man could get a peek of those gorgeous women changing their clothes. Donald Trump has not empowered women, he’s not elevating them to new positions as Kellyanne Conway said. There is only one position that Donald Trump wants any woman in, and that’s because he is a dirty, disgusting, hypocritical sexual predator. His past history proves it. His statements that he has personally made prove it.

For Kellyanne Conway to get out there and say anything to the contrary of that is an absolute lie, and she has to know it. I refuse to think for a minute that Kellyanne Conway is not fully aware of Donald Trump’s history here. I refuse to believe that she’s not aware of all the lawsuits that have been filed against him for sexual harassment. I refuse to believe that she hasn’t personally heard that Access Hollywood tape. Everyone understands what Donald Trump is about. And it’s not about empowering women, it’s about showing that he has power over them and his attempts to use that power to get them to do things that they clearly do not want to do. Donald Trump is no better than Harvey Weinstein at this point. It’s time for the Republicans to wake up and understand that fact.