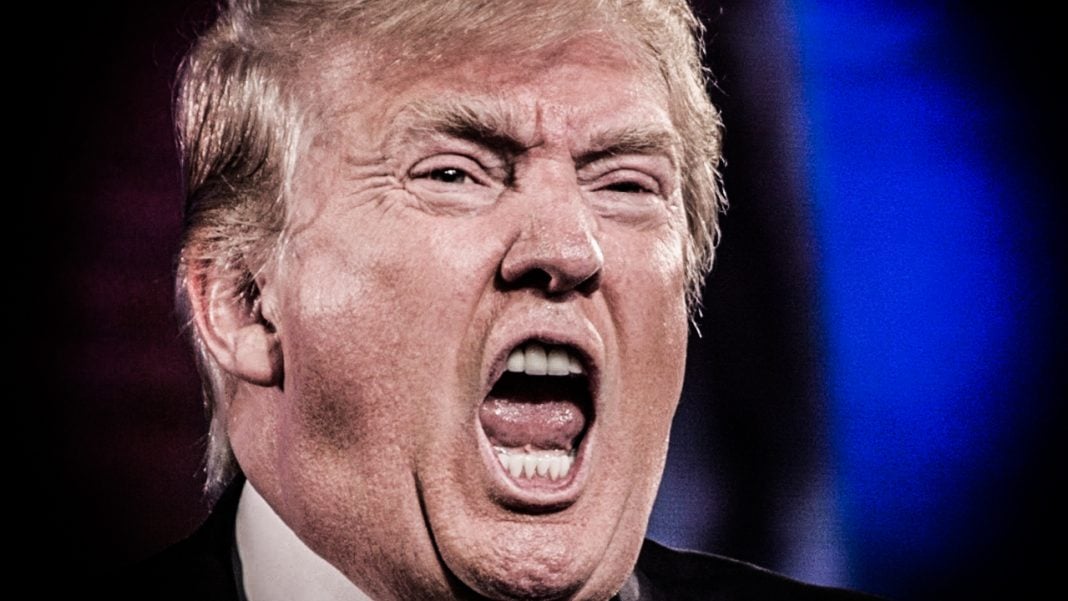 With Donald Trump’s mental instability becoming a major issue in American politics, and the threat of an altercation with North Korea or possibly even Iran looming, House Minority Leader Nancy Pelosi has begun conversations about passing legislation that would prevent Trump from being able to unilaterally launch nuclear weapons. As it stands right now, Trump can launch any weapon at any time that he wants, and Democrats (and even some Republicans) understand how dangerous that is for the planet. Ring of Fire’s Farron Cousins discusses this.

Normally, in the past, it hasn’t been too much of a threat. I don’t think anybody really thought George W. Bush was going to do that or Obama or Clinton or Bush Senior. But with Donald Trump, a man who has expressed interest in dropping nuclear weapons across the planet, this has become a very dire issue. Not to mention the fact that in recent weeks, report after report has come flooding out of Washington, D.C., saying that Donald Trump’s mental stability is deteriorating at a very rapid rate. And yet this man has the sole power to wipe out entire populations, millions of people at a time, because he is the only one that has the authority to drop these nuclear weapons and no one can stop him.

Well, Pelosi and the Democrats are trying to put an end to that. They want to make it to where you have to at least consult with your cabinet members or, more importantly, and this would be the better option, you have to get approval from Congress. Let’s make it clear. Pelosi has said this has to be a bipartisan effort because, yes, you have to get Republicans on board if you want to be able to pass it. But more importantly, we have to get Republicans on board because we need to draft a piece of legislation that doesn’t only apply to Donald Trump here. It needs to apply to every future president of this country until the end of time. No one person should have that kind of authority, should have that kind of power, to be able to kill millions of people in a matter of seconds.

These weapons, first and foremost, should not exist. We should destroy and get rid of every single one of them. But if they’re going to continue to exist, then we need a hell of a lot more checks and balances in place than just allowing one man who may or may not be a sociopath have access to the codes that would allow these weapons to be launched all over the planet. Donald Trump is not mentally stable enough to be able to make those kinds of decisions. Yet as it stands right now, he’s the only one that can make those decisions.

Hopefully Pelosi and the Democrats aren’t just blowing smoke here. Hopefully, they’re going to go forward, draft up this legislation, work with Republicans, because we know they’re just as scared as we are of Donald Trump launching a nuclear attack. Work together to put an end to this archaic system that creates a war machine in just one human being. This kind of power needs to be spread out among hundreds of different people. It needs to get approval from Congress. It needs to get approval from the Senate. It needs to get approval from the cabinet, because at least at that point, we understand that there could be some intelligent people in that conversation that would tell everyone, “You know what? Probably not a good idea to go over and destroy the lives of millions of people, destroy the earth in that area for 20 or 30 years.” You have to think about the consequences of dropping a nuclear weapon and we know that Donald Trump isn’t the kind of guy who ever considers consequences when he thinks about what he’s going to do.