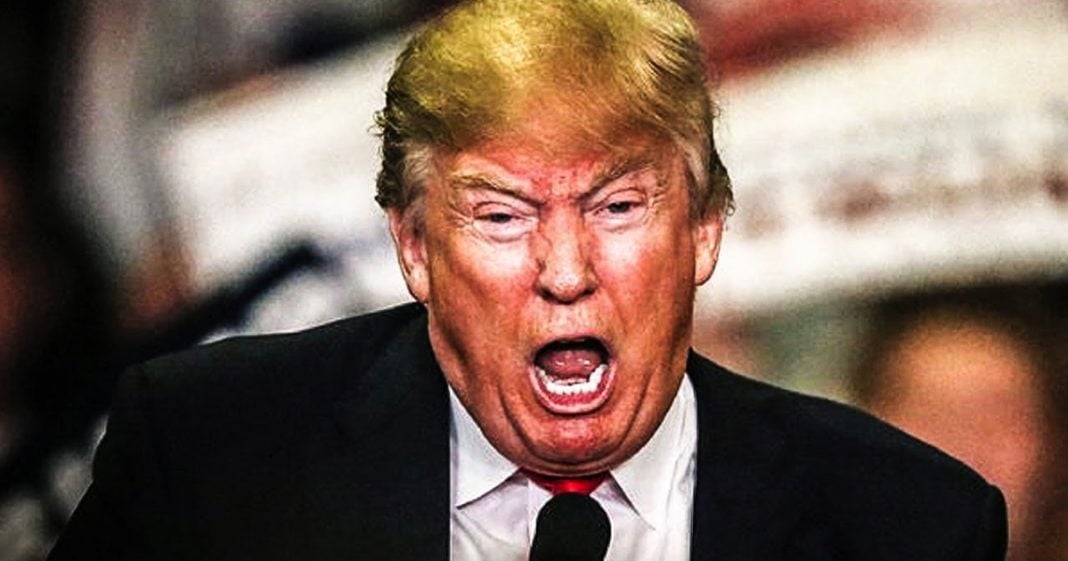 According to recent interviews with Republican politicians and aides and advisors to Donald Trump, the President is becoming increasingly unstable and unhinged. One source says that Trump recently exclaimed “I hate everyone in the White House,” making you wonder why any of these people are still putting up with the giant man-baby. Ring of Fire’s Farron Cousins discusses this.

Donald Trump loves to tell us that things in the White House are running smoother than ever. Everything’s great. It’s all sunshine and roses. General Kelly’s doing a phenomenal job. Tillerson’s doing a phenomenal job. Jeff Sessions’ just a heck of a guy. But as it turns out, according to recent interviews with people inside the White House, Donald Trump hates them all. And that’s not just me saying that. That’s not me twisting his words.

Nobody’s letting poor little Donald Trump be Donald Trump and go out and destroy this country in the way that he wants to, so he is throwing a temper tantrum like a toddler, screaming, “I hate everyone in the White House.” That is what aides said he has said. That’s not normal behavior. This isn’t something we should just gloss over. This isn’t something that we should just say, “Wow, this guy’s really unhinged.” This is actionable material.

Nobody in that White House is playing nice with Donald Trump. Why? Because he’s unhinged. Because he’s unstable. Because he can’t be trusted. It’s not because Trump surrounded himself with people who just flat out don’t like him. It’s because they understand that if he gets his way, things in this country for everyone are going to get a whole hell of a lot worse. And that’s why they’re standing up to him, and that’s why he’s having such a hard time these days.

Donald Trump has to be reigned in, and so far, some of these folks in DC are doing a damn good job of it, I guess, to an extent. We don’t necessarily know some of the crazier things they’ve prevented him from doing, but we do know that if he’s mad enough to say that he hates them all, then maybe they’re doing a decent enough job.

But this also begs the question as to why they will not invoke the 25th Amendment. One of the clauses within the 25th Amendment for removing the president states that all you need is 14 cabinet members to come out and say that the president is unfit in order to remove him from office. Mike Pence could be in there, too, so then you’d only need 13 other cabinet members. If Donald Trump is acting this way, behaving this way, then clearly, there is something not right going on upstairs. And I refuse to believe that you can’t find 14 people within that White House willing to come forward and say, “You know what, Mr. Trump? Your time in this office is over.”