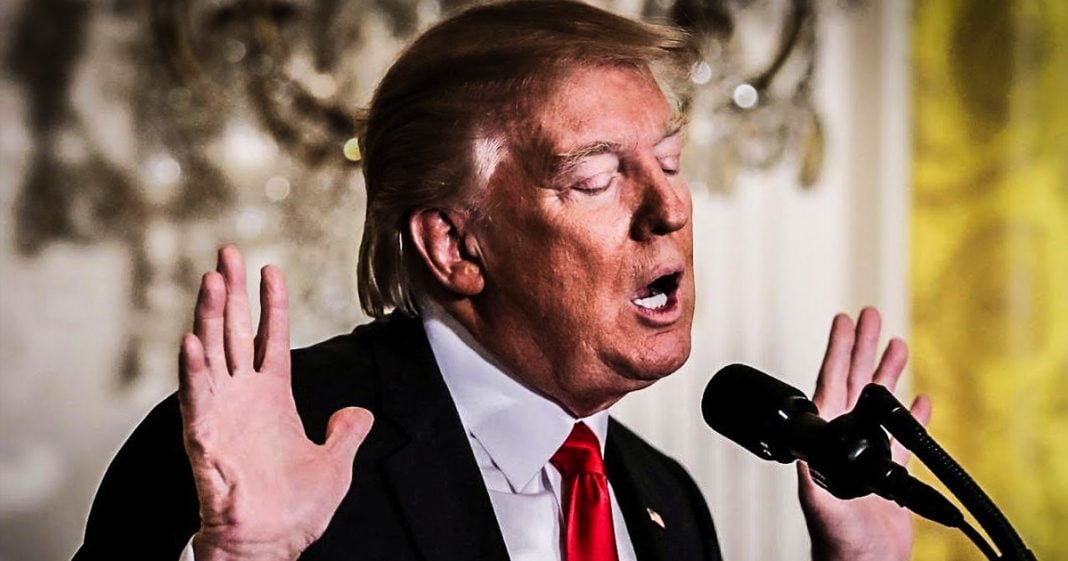 In one of his most unhinged and unconstitutional Twitter rants to date, Donald Trump threatened media outlets that criticize him saying that their licenses should be pulled. This is a direct violation of the 1st Amendment, yet many Trump supporters seem to be on board with this idea. Is this how democracy dies? Ring of Fire’s Farron Cousins discusses this.

For the last day, day and a half or so, Donald Trump has been on Twitter threatening media outlets that are critical of his presidency and of him personally. Specifically, Donald Trump seems to be targeting NBC and has threatened to revoke their license to broadcast here in the United States, because according to Donald Trump, they’re doing nothing but putting out fake news and trying to demean and denigrate Trump himself and other members of his Cabinet. Specifically, one of the things that he’s so angry about are the reports about Tillerson calling him a moron, Bob Corker saying that Trump could march us into World War III, and a couple other really inflammatory, but as far as we know true, stories that have come out in the last few days.

Donald Trump decides to go into full dictator mode and say, “We’re going to possibly consider revoking your license to broadcast here in the United States.” Now, there’s two issues with this. First and foremost, the First Amendment completely prohibits that. The federal government is not allowed to interfere with what the media reports. They cannot influence, they cannot dictate, so unfortunately for Donald Trump just because somebody says something that he doesn’t like, that doesn’t give you grounds as president to revoke their license and prohibit them from operating in the United States.

Second of all, and this is something that you would think a highly intelligent person like Donald Trump would understand, CNN points this out very well, there is no broadcast license for NBC. NBC essentially creates the content and then local stations air it, no matter what it is. They are the ones who individually in each little market have a license to be able to pump out those shows from NBC, so in order to revoke NBC’s license, you would have to go around to thousands upon thousands of individual stations across the United States, have the viewers in that area file FCC complaints about the content on that network, and then the FCC, not the president, would consider revoking the license if they found something there that was worthy of not allowing them to broadcast anymore.

The scariest part is that this has happened in the past, and it happened of course under Richard Nixon. Nixon was unhappy with the Washington Post Company and how they were going after his presidency, and they did a damn good job of it, so he decided to have his little acolytes go out there in places like Jacksonville, Florida and Miami, Florida and attempt to get the local news stations there pulled off the air because they were owned by the Washington Post Company. We all know how everything ended for poor Richard Nixon, and we can only hope that these threats push people even harder to do the same thing to Donald Trump. Either force him out of office, or wait till we get enough evidence and go ahead with impeachment proceedings, because this behavior that he is exhibiting here, threatening media outlets, pretending that he’s some sort of authoritarian dictator, this is not acceptable in the United States and something has to be done to remove this man from power.