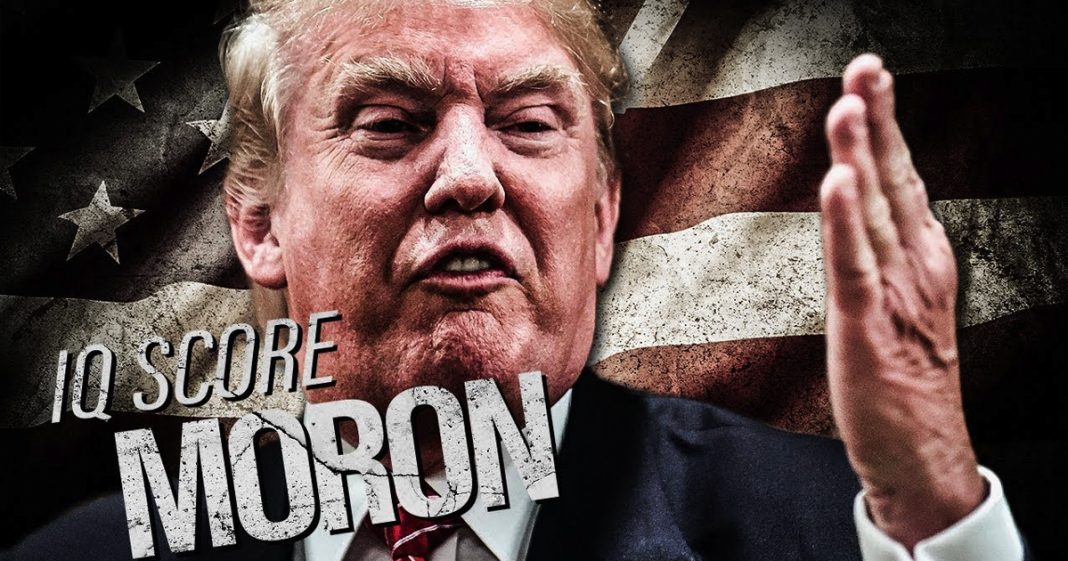 Donald Trump is still furious over Secretary of State Rex Tillerson calling him a moron over the summer, so Donald has decided to challenge Tillerson to an IQ test to see which of the two men is smarter. This is an idea that we should all get behind to see just how dysfunctional Donald truly is. Ring of Fire’s Farron Cousins talks about Trump’s challenge to Tillerson.

Donald Trump is still upset over the fact that it was reported that Rex Tillerson called him a moron this past summer during a national security meeting. Tillerson did not outright deny that he called Donald Trump a moron. He said he’s not going to talk about it. He doesn’t want to dignify it, but he did not deny it.

Donald Trump, sensing that something might be off from his initial assessment that Tillerson vindicated the whole situation, he now has said that he will challenge Rex Tillerson to taking an IQ test. Then they’ll compare results to see who the real moron is. Donald Trump said at the end of that, he said, “And I think we know who that’ll be.”

Yeah, I think we do. I think if you put yourself up against anyone else in this country taking an IQ test, it’s pretty obvious who the winner would be. And it wouldn’t be you. It wouldn’t really matter which American citizen you picked, because I don’t think you’re smarter than anyone in this country. Furthermore, IQ tests measure intelligence. And guess what? It’s possible to be intelligent and also be a moron.

I don’t know if you know anything about gifted programs in school, or at least the way they used to be, where you had to take an IQ test to get into a gifted program. I was in one. Some of the kids I was in there with came across as really not that bright. They failed out of school. Some of them got held back a grade, but their IQs were high. Some of them went on to live great lives. Others did not.

IQ doesn’t necessarily have any kind of bearing on that whatsoever, so I don’t know why Donald Trump is so obsessed with this, or why he thinks that it’s not possible to both have a high IQ and be a moron. But the bottom line is this. Look, we’ve got real issues happening, not just in this country, but all over the planet. And Donald Trump is so obsessed with something that may or may not have been said at a meeting four or five months ago that he can’t focus on anything else.

I do not think Donald Trump is an intelligent person. I do not think he’s taken an IQ test ever in his life. I believe if he did, he would probably be locked up in some kind of institution for proving to be a danger to himself and to others.

You know what? Go forward with it. Go challenge Rex Tillerson to an IQ test and see which one of you has the higher one. Personally, I think you’re both morons. But nonetheless, if you want to make the presidency all about your personal pissing matches, go right ahead. Leave the real work to people who understand the issues and who are actually going to do something about it rather than sit in the oval office on their phone tweeting all day, because that seems to be the only thing you are capable of doing.