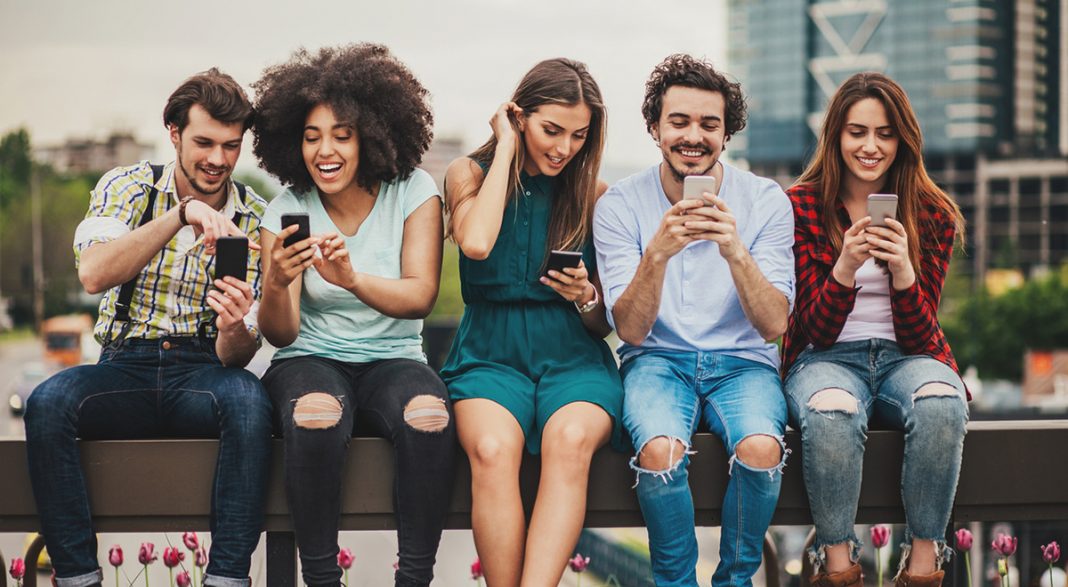 Since the advent of the electronic age, every generation has been introduced to a new form of technology that society fears will be their undoing. First it was the telephone, then motion pictures, followed by radio. Then, almost seventy years ago, America met television. For decades, social scientists and educators feared what it might do to young minds. But all of that groundbreaking technology amounts to Tinker Toys compared to what the smart phones are capable of.

The news isn’t good. The fact is that, far from making us more intelligent and aware, smart phones are contributing to the “dumbing down” of America in ways that right wing corporatists and theocrats could not have imagined in their fondest dreams. Ironically, the “smart” phone is actually making people less intelligent and less able to think.

Indeed, the “smart” phones, which is a culmination of all the media technology invented since the 1870s, has become the centerpiece of modern life, much like television in the 1950s and 60s. Unlike television, however, smart phones have become a ubiquitous extension of people themselves. Many are never without them. The conundrum is neatly summarized in a recent Wall Street Journal article:

“We keep the gadget within reach more or less around the clock, and we use it in countless ways, consulting its apps and checking its messages and heeding its alerts scores of times a day. The smartphone has become a repository of the self, recording and dispensing the words, sounds and images that define what we think, what we experience and who we are.”

Of course the smart phone is useful, functioning as portable a communication device, entertainment center, tracker, camera and more. But has it become too useful? According to the WJS story, data from Apple indicates that the average iPhone owner checks their device approximately 80 times day – which adds up to a whopping 30,000 times a year. According to another study, published by Dscout in June 2016, the news is even worse: people who carry mobile devices interact with them an average of 2600 times over the course of a day. For the typical user, that is about two hours and 25 minutes.

Each and every day, the average smart phone user interacts with his or her device 76 times. For “heavy” users, it’s over twice that much. People not only keep them on their persons, they sleep with smart phones next to them or under their pillows. Significantly, Justin Rosenstein, inventor of the infamous and addicting Facebook “Like” button, recently admitted he had an addiction problem with his smart phone and the amount of time he spent on social media. He recently took drastic steps to “kick his habit” cold turkey. At the same time, another software engineer, former Google employee Tristan Harris issued a grim warning: “All of us are jacked into this system…our minds can be hijacked. Our choices are not as free as we think they are.”

And increasingly, it is difficult to do without a smart phone. More and more shopping, banking, and general information access calls for the use of “apps” that can only run on smart phones – and the worst part is, the vast majority of users have no idea how this powerful and terrifying technology has been controlling more and more aspects of their lives.

A number of scientific studies indicate that smart phone addicts actually perform worse on tests requiring focus and critical thinking. One such study, from the University of Chicago, found that even the mere presence of a smart phone can damage a person’s cognitive abilities.

Why is this happening? Rosenstein puts it best: “Everyone is distracted. All of the time.”

It also causes the kinds of anxiety that didn’t exist 20 years ago. Facebook in particular has bred discontent that many of us felt in high school, watching other people’s lives, feeling “left out,” seeking social validation in the form of “likes” and collecting so-called “friends”. This has put social anxiety on steroids.

Add to that the fact that corporate America and anyone and everyone with a social/political/religious cause or agenda or has something to sell is now bombarding us with messages every time we turn around, and its small wonder that people are developing neuroses and losing their cognitive abilities.

It’s worth pointing out that 5,000 years ago, when writing was first developed, the rate at which information could be disseminated was limited. A good stone carver could do perhaps one or two sentences an hour. Even with the invention of the printing press, the telegraph and the television, fully 90 percent of all the world’s data has been generated in the last two years. Yet from an evolutionary standpoint, the human brain has changed little since the days of the Pharaohs. Today’s brains still process information at the same rate as those of King Tutankhamen and his contemporaries.

It should come as little surprise that there is a rising backlash as growing numbers of modern-day “refuseniks” are choosing to disconnect from their smart phones, rejecting the idea that one must be connected 24/7. Rosenstein himself is one of them, part of a growing number of people who are rebelling against what is known as the “attention economy,” where everything is about marketing, branding and social validation, and everything and everyone is demanding our attention.

More of us would do well to follow their example. At the same time, we would benefit from ditching our so-called “Facebook friends” and start working on developing real relationships in the real world as Nature intended.

Our mental health and intellectual abilities may very well depend on it.