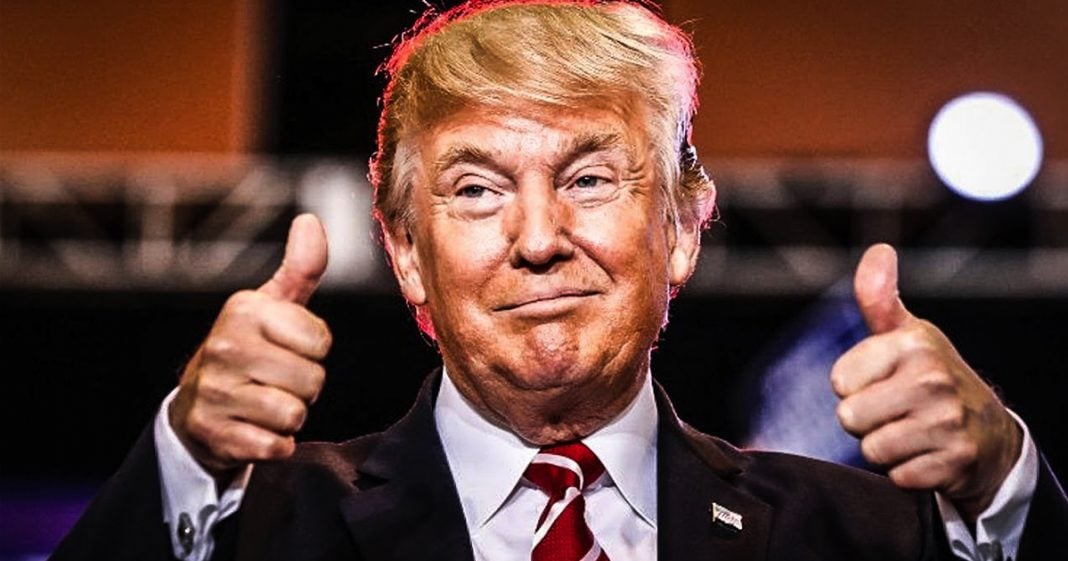 Donald Trump promised that he was going to pack his administration with “the best people.” Well, after 8 months we’ve seen people like Priebus, Gorka, Bannon, Spicer, Flynn, Scaramucci, and several others vacate the Trump administration, and the few that are left all seem to be under investigation – including Trump’s own children! Ring of Fire’s Farron Cousins discusses this.

You see where I’m going with this? Donald Trump has lost more staff members in his first seven months than any other president before him. Some of it due to incompetence. Some of it due to members of his staff just simply not able to put up with him anymore. But the bottom line is that you don’t hire the best people who turn around and quit on you within the first seven months. That’s not even the worst part. The worst part is that the people who have stayed, people like Jared Kushner and Ivanka Trump, they’re under federal investigation at the moment. A report that came out earlier this week shows that yeah, they probably committed some very serious fraud in New York City while trying to sell apartment buildings.

Are those the best people? Are those the draining of the swamp? What about Tom Price and his private jets that forced him to resign from office? What about all of the other people in your administration who’ve been using private jets who are now under investigation? What about Jared and Ivanka’s use of private e-mail servers? I mean, according to Republicans isn’t that the biggest deal ever in the history of the United States if a politician uses a private e-mail account? I mean, it certainly was a year ago, remember? Why are you so silent about this? Why are you being so quiet when the best people keep screwing up?

Here’s the sad reality about Donald Trump. He doesn’t know any good people. He really doesn’t and even if he did, he’s too stupid to know to appoint them to a position of power because he’s too arrogant and doesn’t want anyone to outshine him. That’s been this whole point from the beginning. He appoints stupid people because they can’t do better than him. It always makes him look good even when that person fails because they failed and he didn’t. That’s what this is all about. So, to quote Donald Trump himself, “Are you tired of all the winning yet?”