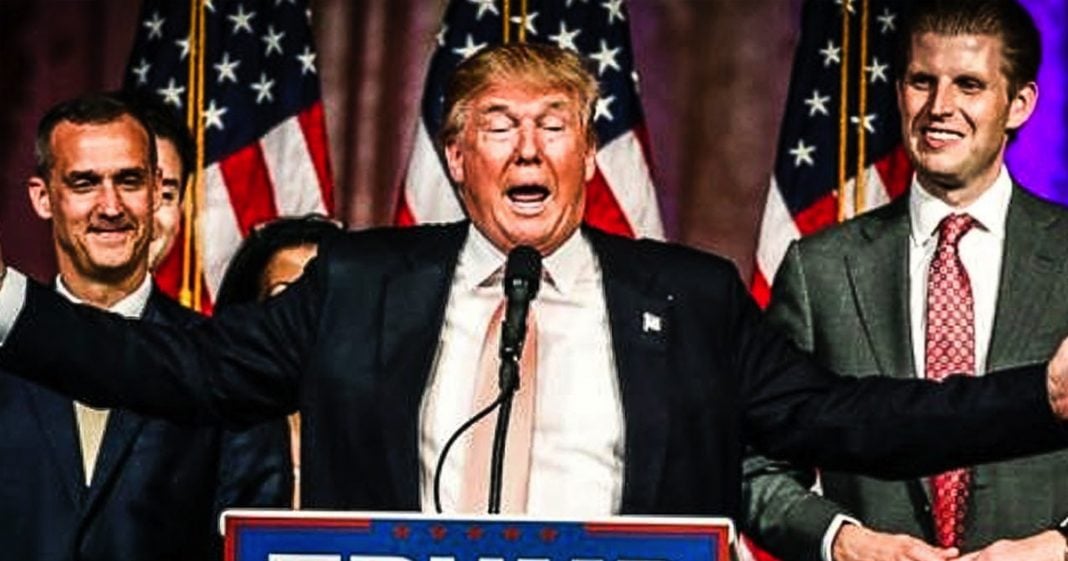 According to reports, wealthy Republican donors are growing angry over the fact that they spent millions of dollars electing a group of incompetent simpletons to run the country. But they aren’t made that these people are pushing for disgusting policies – quite the opposite, actually. They are angry that the morons they paid for aren’t able to pass legislation to screw over American citizens, as Ring of Fire’s Farron Cousins points out.

These wealthy donors are pissed off that they spent millions of dollars on a Congress that’s incapable of doing those things. Because, keep in mind, the wealthy elite want us to lose our health insurance coverage so we have to go to their companies and buy private insurance at an astronomical rate. They want us to pay more in taxes, because when we do that means they get a tax break.

And they are pissed off right now, because Republicans, even though they control every branch of government across the country, that they’re still not able to do anything about it. They are so incompetent, that even with majorities in the majority of states and majorities in every branch in D.C., they still can’t even function to screw over American workers and American citizens and that pisses off the wealthy elite.

Why? Because again, they spent millions of dollars essentially buying these people. That’s some of the most-expensive puppets you could buy anywhere in the world, and now they want the return on their investment. They put a lot of money into people like Paul Ryan and Mitch McConnell and Ted Cruz and Joe Barton and Senator James Imhoff, and now they want to see those investments pay off.

But unfortunately, for Republicans, at least, we have enough Democrats, not a majority, but enough in D.C., that they’ve been able to hold off on some of the absolute worst Republican policies that we have seen in my lifetime. So far they’re not able to strip 32 million people of their health insurance coverage like the wealthy donors want them to.

So far they have not passed their tax-reform package, and the more the public hears about it, the angrier they get. So they do so at their own peril and it’s going to hurt their reelection bids no matter how much money the wealthy elite dump in there. And, once we get Democratic majorities in there, those tax cuts are just going to go away.

They want to be able to use their corporations to dump their toxic waste, to spew their toxins into the air without any government oversight, and they can’t. That’s why they’re pissed off. They want to hurt us, because it makes them money, and they’re going to be pissed off until Republicans in Congress finally give in and give the corporations, the wealthy elite, everything they’ve ever wanted.

They’re already working on it right now, so let’s just hope that those few courageous Democrats, and even a few courageous Republicans continue to stand their ground to protect the American people against the disastrous plans of the wealthy elite.