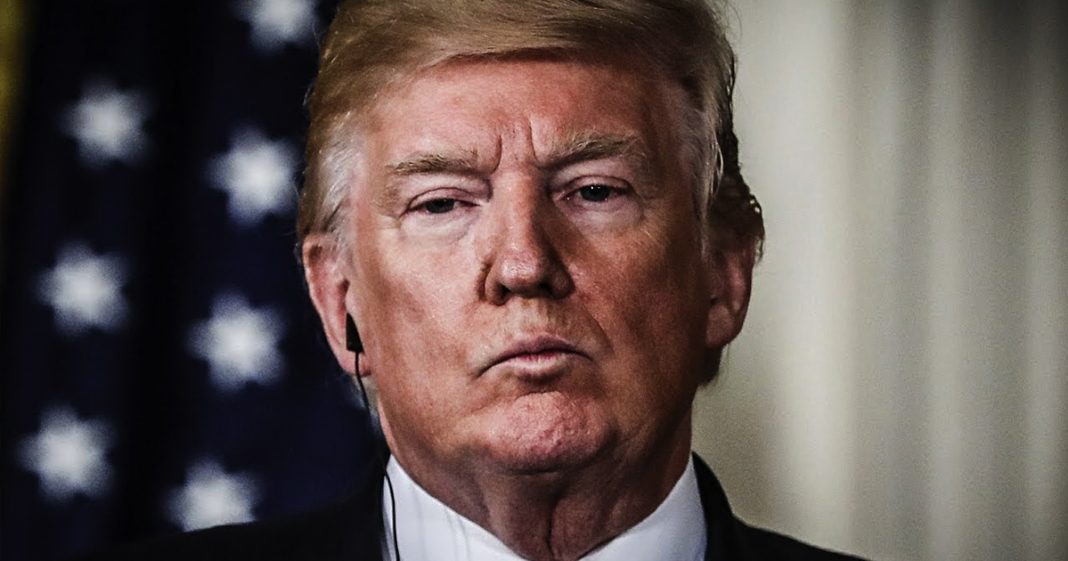 Donald Trump has made his attacks on the media a staple of his presidency, always painting the press as the enemy of the administration and the American public. And for a while, this tactic appeared to be working. But the latest round of polling data shows that these attacks have worn out their usefulness, and trust in the media is rising while trust in the President continues to fall. Ring of Fire’s Farron Cousins discusses this.

Since, literally, the first day he was sworn in as president of the United States, Donald Trump has made it a point to consistently attack the media as what he call fake news. He has been telling us since day one that the press is the enemy of the American public, that we shouldn’t trust them, that they’re fake, they’re making things up, they’re lying to us, “Only trust Donald Trump,” he tells us. Well for a while, that big lie worked. Trust in the press was falling at an alarming rate, while trust in the president was going up. But as it turns out, just like most things, there is the utility of usefulness. And after so many times of hearing that lie, watching the footage for themselves, reading Donald Trump’s tweets for themselves, the public has finally flipped on the issue of trust in the media versus trust in the president.

According to the latest round of polling, 48% of people in this country said they have a great deal of trust in the United States media. And while I know that’s less than half, that’s up 11 points from this past November. So in less than a year, trust in Media has risen by 11 points. Meanwhile, since January, trust in the president of the United States has fallen from 52% to 48% among American citizens who say they have a great deal of trust in Donald Trump. So they’re tied. And why are they tied? Again, Donald Trump can rail about the fake media all he wants, but we can watch what he says on TV. It’s very hard to edit those clips to make him look bad, because he’s doing a phenomenal job of making himself look like an idiot all on his own. We don’t have to edit him. We don’t have to take him out of context. All we have to do is show them. Furthermore, you can’t take a tweet out of context. You can’t change the wording there. And those are all available for everybody in the public that Donald Trump hasn’t blocked on Twitter.

We’ve seen who you are. And we know now that many times when you said the press was lying, that they weren’t. Why? Because we literally went and looked at your own words about an issue. Great example is after his trip from Puerto Rico. He started lashing out at the fake media for twisting things about what happened. No, nobody twisted things. We all literally saw you throwing paper towels at people. We heard you tell them that they’re putting quite a … throwing your budget out of whack. We heard those words come out of your mouth. That wasn’t the media manipulating us. That wasn’t fake news story saying you said something that you didn’t. That was your dumb self saying stupid things or doing stupid things.

Again though, we have to keep in mind this is the corporate media we’re talking about. They’re doing a great job of covering Donald Trump. I will give them full credit for that. It’s been phenomenal! But when it comes to other issues, water safety, product liability, legal issues, corporations out there putting out products that are killing us, the corporate media continues to fail on a daily basis. Why? Because they are so concerned with taking down Donald Trump, and because those companies that are out there killing us are the same ones who advertise on their networks.

So trust the media in some areas; don’t trust them in others, I guess is the moral of the story. But for God’s sake, don’t ever trust a word that comes out of Donald Trump’s mouth!