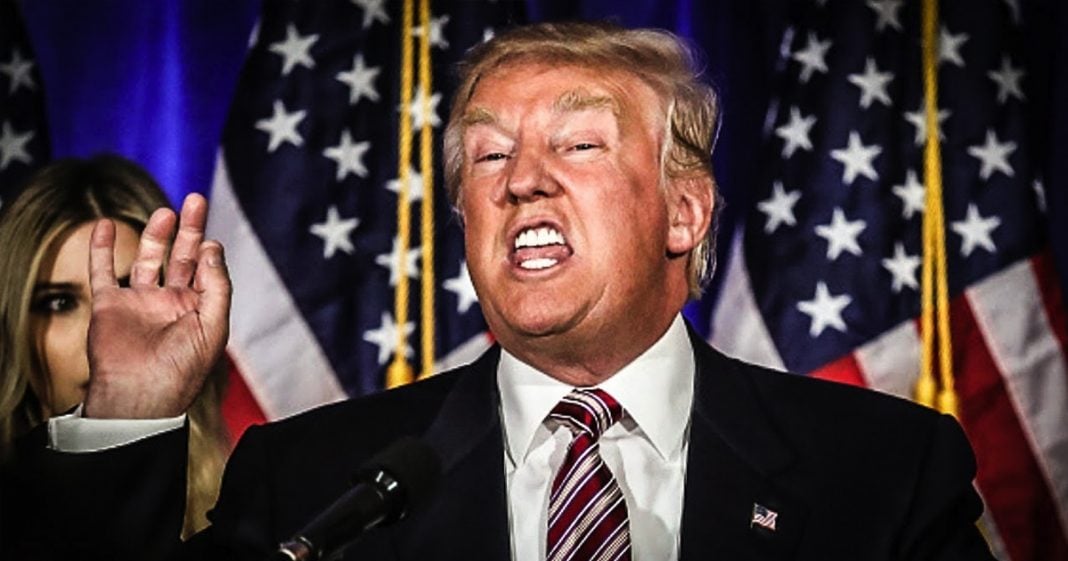 The Trump administration has decided that a rule that would prohibit major pharmaceutical companies from price gouging American consumers just wasn’t needed right now, so they’ve decided to delay implementation of that rule. American citizens are dying because they can’t afford their medications, and the Trump administration missed a huge opportunity to provide real relief for working families. Ring of Fire’s Farron Cousins explains.

This past Sunday, a rule was set to go into effect that would have prevented pharmaceutical companies in the United States from price gouging American consumers. If they had overcharged too for medication, every single instance of that, every person who went to the pharmacy and overpaid, they would have been fined, the pharmaceutical company, $5,000 every single time it happened. Why didn’t this rule go into effect?

Well, Trump Administration’s Health and Human Services Department decided, “No, we don’t want to do this. Even though we understand that American citizens are paying higher prices for pharmaceuticals than anywhere else in the industrialized world, we’re going to continue to do nothing about it.” That was basically the response given by the Trump administration.

Now let’s think back a little bit. In late December 2016, early January 2017, Donald Trump actually said he was very much in favor of lowering prescription drug calls for American citizens and that actually got some liberals a little interested in the Trump administration.

They said, “You know what? Maybe let’s wait and see. Maybe he’ll do something good. Maybe he’ll surprise us.” Well, there it was. It was supposed to happen on Sunday.

On Thursday, before that Sunday, they decided “No, we’re not going to do it.” How does that feel to all of the wait-and-see people out there in this country? You feel good? You feel happy? You feel like he kept his promise there? Or, do you feel like you got conned because everybody else saw it coming and for some reason, you didn’t? I know there aren’t really any wait-and-see people left out there, but I do know for a fact that that was one of the particular issues that they were holding out hope for. It didn’t happen.

Every time Trump has been given the opportunity to do something decent for the American public, he’s failed; and he’s done the opposite. This one should have been simple, because this didn’t even guarantee that they were going to lower their prescription drug costs. It was just going to guarantee that they weren’t going to jack up the price for no reason. That’s all it did. It was going to impose a fine on them if they did it. Nobody was going to go to jail. They were just going to have to pay back a little bit of money they’ve been stealing from us for decades. Trump can’t even do that.

This guy is an absolute waste of space. Unquestionably, one of the worst anti-American person presidents that we have ever had searching this country. That’s the bottom line. This guy sucks at his job. He sucks at being a human being. He sucks at having any kind of empathy towards anyone in this country. It’s time for him to go.