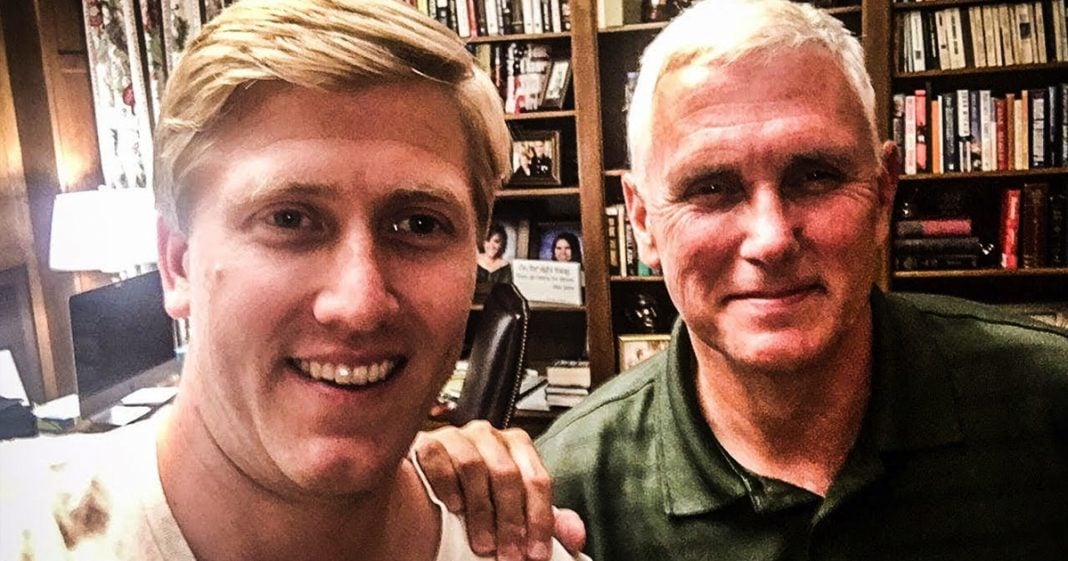 The Chief of Staff to Vice President Mike Pence, Nick Ayers, suggested recently that there should be a “purge” of all elected Republicans who do not support Donald Trump. Ayers believes that it is the job of Congress to blindly support the President, which could not be further from reality. Ring of Fire’s Farron Cousins explains.

Not much has been said about Vice President Mike Pence’s chief of staff, Nick Ayers, but at a recent meeting with the Republican National Committee in Washington, DC, Ayers let his feelings be known about the members of Congress who do not support Donald Trump. Specifically, just the Republican members of Congress who aren’t blindly following the President and Vice President. Ayers told the crowd at the RNC meeting that we need to purge these non-Trump supporting Republicans from Congress and start backing pro-Trump people all over the country to replace them in office.

Ayers believes that it is the job of every member of Congress who is a member of the Republican party and some who are members of the Democratic party to blindly support Donald Trump and Mike Pence regardless of how crazy their ideas are, regardless of stupid they are, and regardless of how hateful these two men act in public and in private. Ayers believes that everyone needs to blindly support the President and if you don’t, you’re going to, as Ayers said, be purged.

Here’s something that Ayers needs to understand. There’s not a single person in this country whose job it is to blindly support the President. Not one. Not even Donald Trump’s wife. It is the job of a member of Congress to act in the best interest of their constituents and their country as a whole. Donald Trump doesn’t fall in to really either of those categories because he’s the leader of the country so you can’t exactly legislate for the person above you so Ayers is just dead wrong about everything. Ayers’s mentality represents a cancer that runs through the Republican party and it’s been running through the Republican party since at least the George W. Bush administration and that is Republicans are a bunch of cheerleaders.

It doesn’t matter who their President is, who their leader is, they are forced to blindly support them no matter what they do. No matter how much they disagree with it, it’s their job to support them. To their credit, the Democratic party does not do this. I think the 2016 election was a very good example of that. While it may not have ended very well for the party, it does show that at least we’re capable of independent thinking. We’re capable of making our own decision. We’re capable of calling out our leaders when they screw up or do something that is working against the best interest of the rest of us.

Republicans don’t have that. Nick Ayers wants to go ahead and purge the very few members of the Republican party in DC who’ve been willing to say no to Trump on a few occasions because even people like John McCain have still voted in favor of every single Donald Trump appointee. He voted against the healthcare bill twice. Good for him. He supported everything else this President pushed. So have the majority of Republicans in Washington, DC. There aren’t really any mavericks. There aren’t any lone wolves out there trying to make things better for the Republican party. There’s a bunch of spineless yes men and yes women who blindly support the President and Nick Ayers needs to understand that. They might vote no on a couple issues here and there but overall, I think it’s safe to say that a majority of those people in DC have blindly supported Donald Trump and Mike Pence since day one.