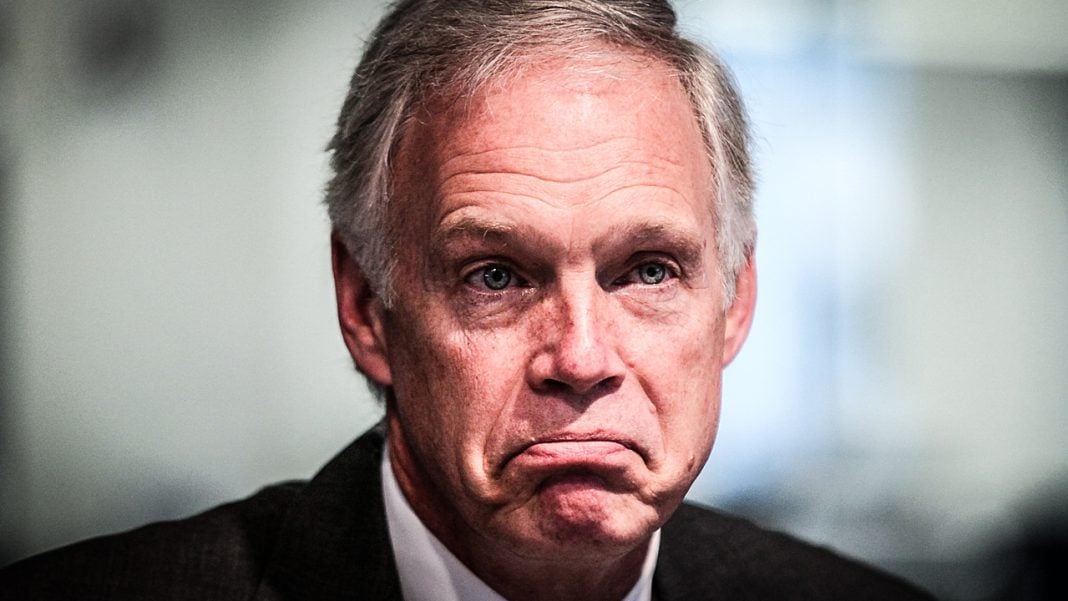 Republican Senator Ron Johnson told a high school student at a recent Q&A that healthcare was, in fact, not a right that American people have. Johnson followed up saying that things like clothing, housing, and even food aren’t rights guaranteed to American citizens, so why should healthcare be guaranteed? While Johnson is technically right, it only further illustrates how backwards and heartless this country can be, as Ring of Fire’s Farron Cousins explains.

At the end of last week, Republican Senator Ron Johnson was actually asked by a Wisconsin high school student whether or not he though that health care in the United States was a right. To which Johnson supplied, “It’s probably more of a privilege.” In fact, here is exactly what Johnson had to say about the entire thing. “Do you consider food a right? Do you consider clothing a right? Do you consider shelter a right? What we have are the rights to life, liberty, and the pursuit of happiness. We have the right to freedom. Past that point, everything else is a limited resource. We have to use our opportunities given to us, so that we can afford those things.”

Here’s the thing, Mr. Johnson. We do, we do have a right to those things. Healthcare keeps us alive, and as you said, we have a right to life. Food keeps us alive, so yeah we have a right to food. Clothing is not a right, you say, yet it’s against the law to walk out in public completely naked, so you’re your making it where we have to have the clothes, but we don’t have a right to get them. Same thing with healthcare when you think about it. Students in the United States and many school districts, most school district across this country are required to have immunization forms filled out. Meaning, that they went, all their shots are up to date. They’re properly inoculated, so that they can attend school. If you do not have that, you can’t go to public school. Yet going to public school is also required of children or private school, any school. You have to go to school, but you can’t do it without these shots. Some people can’t get the shots without healthcare.

Do you see how backwards your entire system is there, Mr. Johnson? If you’re going to force these laws onto people, then you have to force the remedy on them as well. You cannot say that we’re not entitled to healthcare, but yet demand we have health care coverage in the United States unless you’re going to offer it to us. We’ll pay for it, just offer it.

That’s the difference here between Republicans and Democrats. Republicans don’t understand how hypocritical their laws are. They don’t understand that they demand so much of the American public, yet give them absolutely nothing to get those things done. We say you have to have X, Y, and Z in order to be in the United States, in order to function, but we’re not to give you any means necessary to achieve X, Y, and Z. That’s all on you. As Ron Johnson says, “Those are limited resources.” If we have the money to spend $800 billion on our military in one single year, we have enough money as a country to solve every single one of these little problems that you guys been bitching about for years, debt free college, healthcare for all, the things that you tell us are unattainable. They’re absolutely attainable. All we’ve gotta do is solve the military-industrial complex and this country would be a much better place.