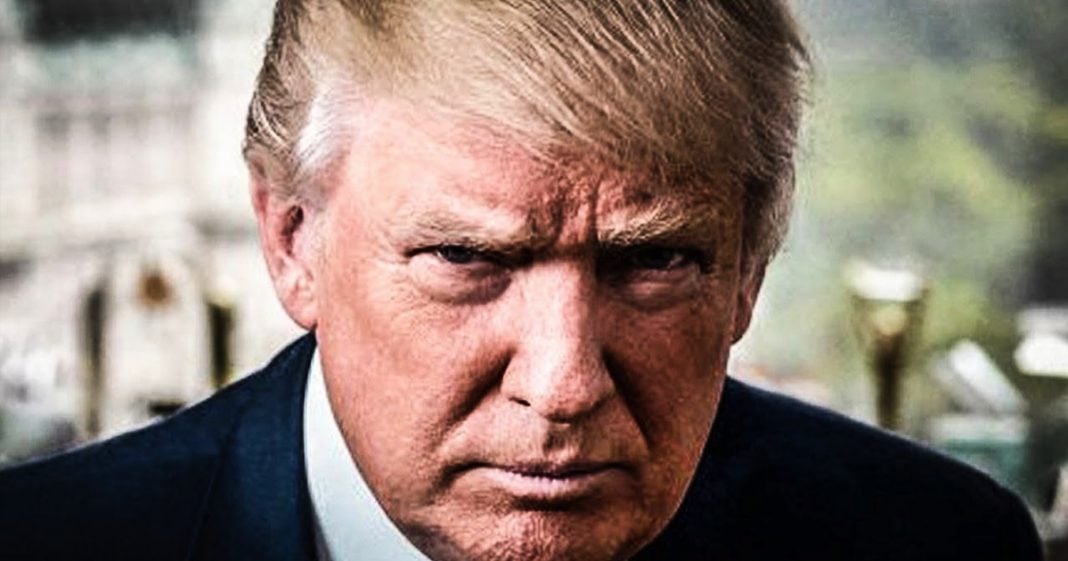 According to a new report, the office of the Special Prosecutor overseeing the investigation into the Trump administration is currently researching the extent of Presidential pardons, hoping to thwart Trump’s ability to pardon potential criminals within his administration. This move suggests that indictments will indeed be on the way very soon, as Ring of Fire’s Farron Cousins explains.

According to reports, the special prosecutor’s office, the office of Bob Mueller, who is conducting the investigation into possible Russian collusion with the Donald Trump campaign, they’re now having staff members research the ability that the President has when it comes to issuing presidential pardons because they want to head off any possible preemptive pardons that Donald Trump may hand down to members of his family, or members of his administration, or former members of his campaign.

So, what’s happening right now with this entire investigation, which is still going full force, is that they want to make sure that, regardless of what happens, if someone committed a crime, Donald Trump will not be able to pardon them. Now, the likelihood of that is very slim. Obviously, Donald Trump has the presidential authority to pardon anyone he wants for any reason, but they’re trying to do their homework on this issue and make sure that he cannot preemptively issue a pardon for something before they have a chance to come forward with criminal indictments.

Furthermore, and this is the more important part of the story that I think a lot of the coverage of it has missed … If they are looking into the presidential pardon ability and trying to find a way around it, then they very obviously have indictments that are about to come out. They wouldn’t be worried about what the president or who the president can pardon if they weren’t planning on bringing criminal charges against someone. That’s not something you do. That would be an unnecessary step, and a complete waste of resources. So this story tells us … Again, most likely, 99% chance here that criminal indictments are on the way, and that Bob Mueller at least has a few names in mind as to the people who are going to be charged with some kind of crime.

Now, the Mueller investigation in recent months has broadened to go just beyond Russian collusion. They’re pulling bank records from Donald Trump and his family. They’re pulling IRS records from Donald Trump and his family. And let’s not forget that earlier this week we found out that a district attorney in the state of New York dropped an investigation into the dealings of Ivanka, Jared Kushner, and Donald Trump, Jr., where they mislead investors as to the true value and nature of a property that they owned in Soho. That investigation was dropped right before indictments were about to come down, but that does not mean it was dismissed.

And it certainly is something Mueller could come forward with in this investigation because Rod Rosenstein who appointed Mueller gave him broad authority here. He is allowed to chase any particular rabbit hole or thread that comes out of his investigation and pursue that in separate charges. He is not only limited to finding something connected to Russia. He is allowed to investigate whatever the hell he finds in here, regardless of what it is connected to. That was one of the most powerful … I guess “rules” placed on Mueller, because it essentially lets him operate without those rules, without any restrictions. If he thinks there’s criminal activity happening anywhere down that Trump family tree, or anywhere in the Trump dealings, he is allowed to pursue it, and I firmly believe that that is what he’s done. THat’s why he went to the IRS and got those records. That’s why he’s been talking to Eric Schneiderman, Attorney General of the state of New York.

Something’s going on, folks. I believe criminal indictments are on the way, and them looking into the fact or trying to figure out who the president can pardon and when tells me that these indictments are coming sooner rather than later.