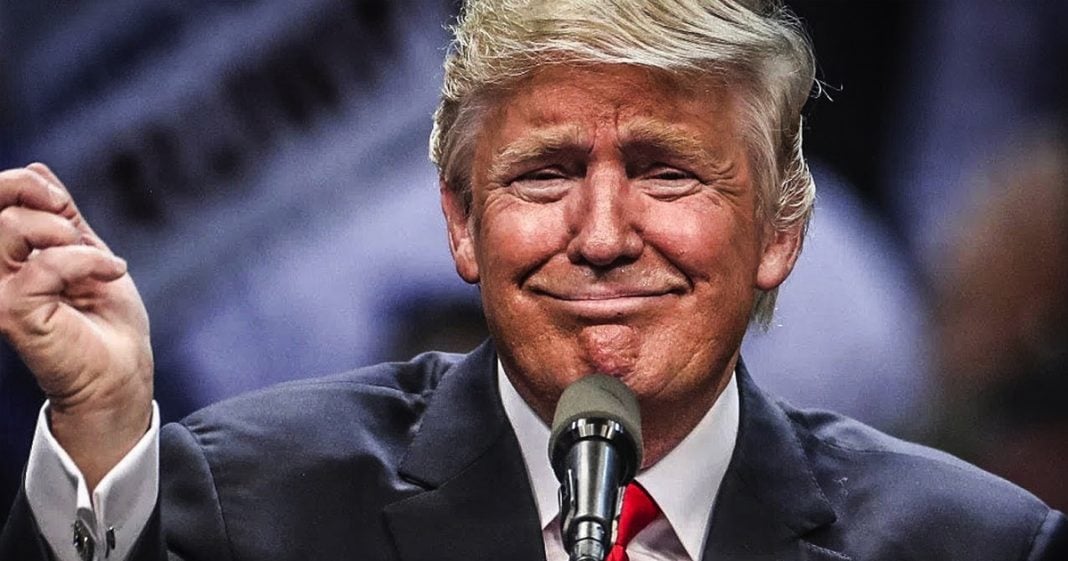 Donald Trump doesn’t appear to even be trying to act like he cares about being President, as his responses to both the Las Vegas shooting and Puerto Rico’s devastation following 2 massive hurricanes have shown us. So why won’t he resign? Ring of Fire’s Farron Cousins explains Trump’s decision to remain in a position that he clearly hates.

Donald Trump has been under the media spotlight since obviously he won the Presidential election in 2016. And in that time, we’ve noticed a very interesting shift in the way that he operates. At first, he attempted to be a little bit more reserved. He tried to act like he was actually going to do this job. Before inauguration but after the election, he was meeting with people. He was coming up with ideas. He was talking about prescription drug prices and how he had to get those down. We had Ivanka Trump coming in acting like she was going to be some kind of liberal savior in the White House.

But here we are in October, and I think one thing is absolutely clear about Donald Trump today. And that is he really does not want to President of the United States. He just doesn’t know how to get out of the job without looking like a failure. Here’s the evidence. Donald Trump admitted a few months ago that this job was a lot harder than he thought it would be. He is constantly going on vacation. He cannot handle the media scrutiny. He’s constantly having to lash out at the media because that’s all he can focus on. He basically … He thought this job was going to be sunshine and rainbows and parades in his honor every single day. He didn’t realize he was actually going to have to work.

He didn’t realize he was going to have to respond to crises like the two category five hurricanes that hit Puerto Rico, or the hurricanes that hit Florida, and Galveston, and Houston, and the wildfires in the West, and the shooting in Las Vegas. He didn’t think he was going to have to deal with crap. He thought he was just going to be able to sit back, put his feet up on the Oval Office desk, and just say, “Wow, everybody loves me. What a great guy I am.” And I think it’s gotten to him. I really do. I think the nonstop investigations, the constant allegations of wrongdoing, the constant resignations and firings of his own staff proves that he does not want to be in the position that he is in.

Unfortunately again, he is a massive narcissist. And he doesn’t know how to get out of this without looking bad. So today, I’m going to offer Donald Trump a piece of advice. Feel free to use this talking point when you resign. Here it is. Ladies and gentlemen of the United States of America, listen. I’ve loved this job. It’s a great job. It’s probably the best job in the world. However, my businesses are suffering because I’m not able to focus all of my attention on them. I have thousands of employees working for me all over the world, and I made a commitment to them when I hired them that I was going to take care of them, and I’ve not been doing that.

So I resign as president because I’ve got to take care of these working people. They depend on me and I’m letting them down. There you go. That’s your resignation speech. We’ll get the transcript over to you if you want to use it, if you want to read it at any point. Because again, it’s very obvious you don’t want to be doing this job. You’re just looking for a way to get out. Well, I just gave it to you. You’re welcome. Please, feel free to use that at the first opportunity you get.