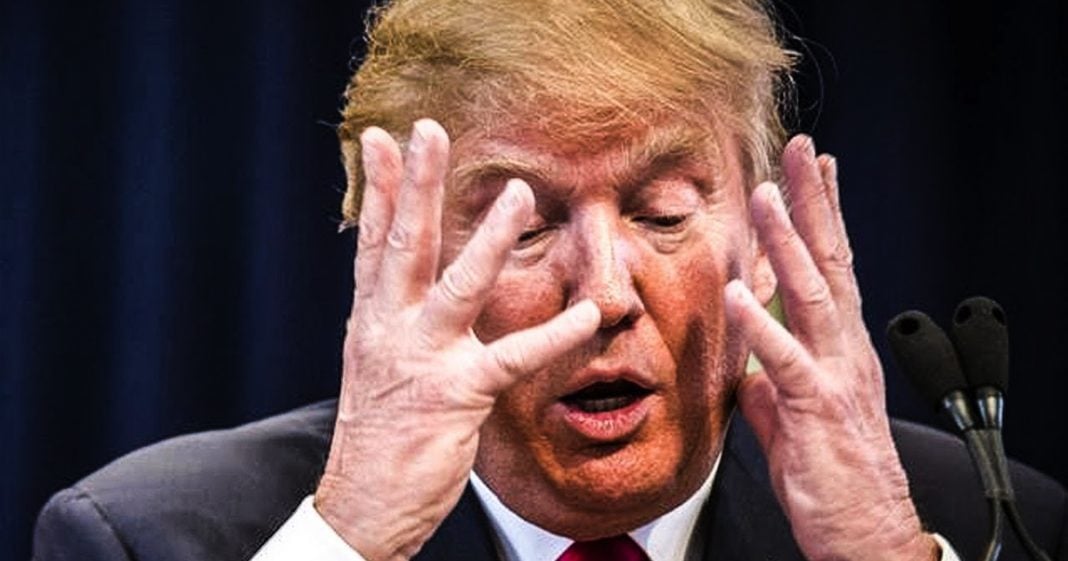 On Thursday morning, Donald Trump took to Twitter to air his grievances about the so-called “fake news” in the United States. In his rant, he asked why the Senate Intelligence committee wasn’t investigating these news outlets that report unflattering facts about the President. Donald doesn’t realize that you can’t just investigate a news outlet for printing the truth – that’s protected by the US Constitution. Ring of Fire’s Farron Cousins explains why Trump’s assault on the media is just a distraction from the real investigations taking place.

Donald Trump clearly woke up on Thursday morning on the wrong side of the bed because he immediately, first thing this morning started tweeting out about the alleged fake news media. In fact, he went as far as to say that the Senate Intelligence Committee needs to be investigating the fake news networks here in the United States. He said “Why isn’t the Senate Intel Committee looking into the fake news networks in our country, OUR was in all caps to see why so much of our news is just made up. Fake.” Trump tweeted.

First and foremost they actually kind of are already looking into the whole fake news things by investigating those Russian ads that were purchased on Facebook and Twitter, so I wouldn’t say that they’re not investigating the fake news. Furthermore, and this is something that you need to get drilled into your brain, perhaps tattoo it across your forehead, just because a news outlet reports something about you that isn’t flattering doesn’t mean it’s fake. Donald Trump is specifically referring to the instance, the reports that came out from NBC news that Tillerson called him a “moron” over the summer. Tillerson then gave a press conference, did not directly refute that he called Trump a “moron” and since his press conference more reports came out showing that “yes” people there said he did call him a “moron” and in fact he called him a little bit worse than that, but Donald Trump took that as whatever kind of vindication he needed. Tillerson didn’t call him a “moron”, so anybody reporting on it is in fact fake news and maybe even a “moron” themselves.

But that’s not how it works. Tillerson did not deny calling Donald Trump a “moron”, which Trump said he did, but he didn’t and two, the media’s going keep reporting what they want to report unless you sue them for liable. Did you think about that? If it actually were fake news, if they were completely making things up, just fabricating it out of nowhere to defame you, you can absolutely sue for liable, but you’re not doing that and you’re the king of frivolous lawsuits, so if you honestly thought that it wasn’t real news you would have already had your lawyers working on this case.

What you are doing and this is something everybody needs to understand, Donald Trump’s constant attacks on the media are an effort to downplay the actual investigations going on into his administration and his many failures that he’s had since becoming president. If people think the news media’s fake when they come out and report how horrible Donald Trump is or what’s happening in the investigation, they won’t think it’s real, but again, it’s not working anymore. The majority of the public has a higher trust in the media than they do in Donald Trump. The majority of American voters do not trust Donald Trump. They do not want to see him run for president again and they do not trust him to handle any kind of crisis here in the United States.