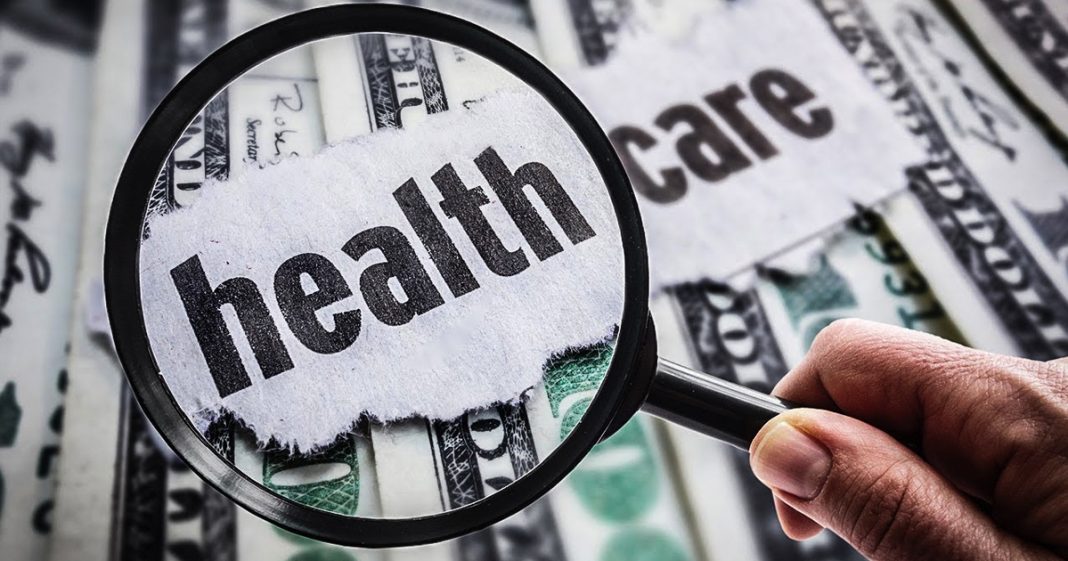 After repeated failures to repeal The Affordable Care Act, Republicans in Washington, D.C. have decided that they’re just going to blow up the entire system. A new budget proposal from Republican lawmakers would cut close to $1 trillion from the budgets of Medicaid and Medicare over the next few years, leaving millions without health insurance. Ring of Fire’s Farron Cousins discusses this.

Republicans in Washington D.C. have been trying to get rid of the Affordable Care Act pretty much since the day it was signed into law, and now that they’ve got majorities and have repeatedly failed to do that, failed to keep the promise they’ve been making their constituents for years now, they’ve decided they’re just going to tear it apart from the inside. And their latest budget is a prime example of how they’re going to do that. According to reports, the latest budget put forth by Republicans in the Senate would cut one trillion dollars from Medicaid over the next 10 years, and 473 billion dollars from Medicare over that same time period.

Now, Medicaid is the government sponsored health program for low income Americans. Medicare is the government sponsored healthcare system that takes care of the elderly in the United States. They’re cutting both of these programs, not because they need to, but because they want to. I mean, after all, they approved a 91 billion increase in the Pentagon’s budget for the next fiscal year, which was 80 billion dollars more than what Donald Trump had even asked for. The reason they’re going after these programs that are adversely going to affect the elderly and the poor in the United States, is because they are pissed off that they were not able to repeal and replace the Affordable Care Act, because they’re too incompetent to actually govern, and they don’t understand what it’s like to actually have to put your mind to something and write a new piece of legislation.

So, instead they’re going to cut these programs, so that they can come back later and tell the American public look how horrible the government is. Look how bad they’re failing you. Vote for me again, and I’ll come up with a good healthcare plan, and do you know the sick, sad, twisted part about this? Voters are going to believe it. Voters are going to think, yeah, you know what, the government is bad. Look how horrible Medicaid has gotten. Look how horrible Medicare has gotten. Well, it’s by design. That’s the point of the entire Republican Party basically. Destroy government programs, then campaign about how bad government programs are. They do it intentionally, so they can actually support their own talking points. That’s all this is about. They’re pissed off that they couldn’t repeal the Affordable Care Act, so they’re going to take out their anger on the elderly and the poor.

Furthermore, this budget also cuts up to five trillion dollars from other social safety net programs over the next 10 years. They’re sticking it to everybody in this country that they can except for the wealthy, of course. They get to keep everything, and they’re actually on track to get a pretty decent sized tax break. Meanwhile, the rest of us, those that don’t get those tax breaks, we’re getting screwed in every possible way. We’re going to lose Medicaid. We’re going to lose Medicare. We’re going to see our taxes go up, and Republicans don’t care because this is exactly what they told us they wanted to do. They want to destroy Medicaid and Medicare. They wanted to lower taxes on the wealthy, and they didn’t tell us how they were going to do it, but now we know they’re going to do it by raising our taxes, and that’s how the Republican Party in the United States works.

They could not be any more heartless. They could not be any more just downright evil at this point, is the only word you can use to actually describe what they’re doing. After all, you’d have to be pretty damn evil to say, “You know what? Let’s take healthcare away from children, from poor people and from the elderly. That’s about as evil as you can get in American politics today.