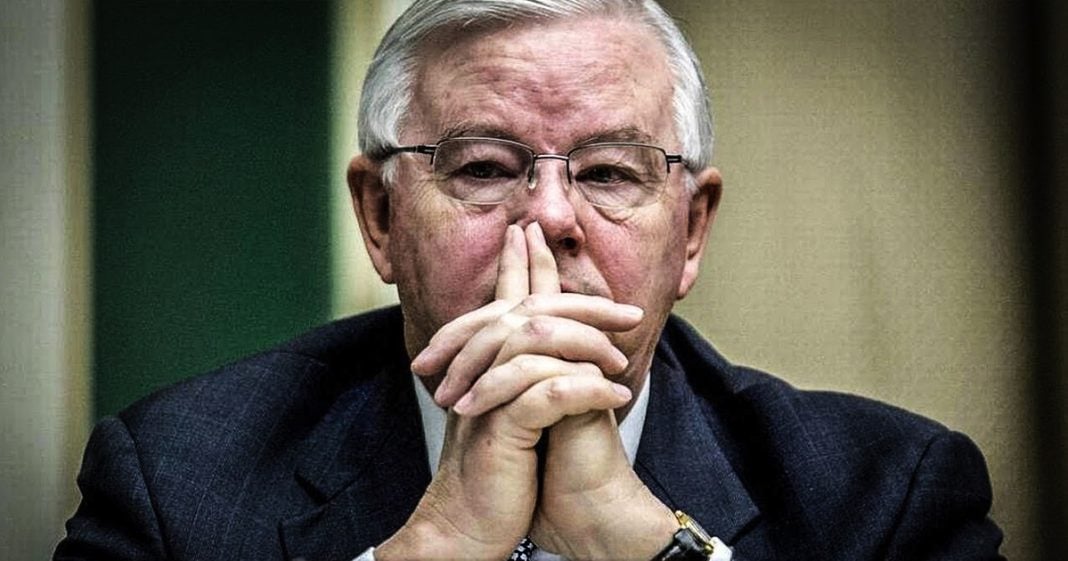 Republican Representative Joe Barton believes that the solution to America’s gun problem is more guns. In fact, Barton told Vox during a recent interview that if more people had guns, people would be too afraid to use them just like in the “old west.” Not only is Barton’s characterization of the Old West completely wrong, but statistics prove that more guns equals more death. Ring of Fire’s Farron Cousins explains.

US Representative Joe Barton, a Republican from the state of Texas, has figured out how to solve the gun problem here in the United States of people just being gunned down by madmen all over the country. According to Barton, the way we stop this is that we arm everybody. If everybody has a gun, everybody’s going to be too scared to use their gun because if they use it, then they’re going to get shot. That is Barton’s reasoning here.

In fact, he said, “If you want an example of how this works, go look at the Old West.” Joe Barton, Republican representative from the state of Texas wants to take this country back to the days of the Old West because according to him, because everyone was carrying a gun, there was never any gun violence. This is actually a sentiment that’s been shared by people like Rick Santorum in the past. They always say, “Well, if everybody had a gun, then nobody’s going to use a gun because you’re going to get shot.”

Well, that doesn’t stop somebody from actually killing, it just means that they have to think twice because they’ll be killed too. As we saw, especially with this Las Vegas shooter, he had every intention of dying, so I don’t think people shooting back at him was going to do any good. Not to mention the fact, what’s going to happen when you have 500 or more people in a crowd shooting up at a blank hotel window where you’ve got hundreds of windows, innocent people going about their lives in those hotel rooms? Suddenly, they’ve got a barrage of gunfire coming at them.

Now, Barton is not a stranger to saying stupid things. As some people may recall, after the BP oil spill in the Gulf of Mexico, Barton was the Republican who actually came out and apologized to BP for the oil spill, and how mean his fellow representatives were being to the oil company that destroyed an entire ecosystem. Yeah, Barton’s said his fair share of stupid stuff along the way.

Let’s go back to his Old West mentality. Do you know what they had in the Old West? Or actually I should say, do you know what they didn’t have in the Old West? Automatic or even semiautomatic weapons. They had six shooter revolvers, things that weren’t quite accurate more than 30, 40 feet away. Really, you think that using that as an analogy is pertinent to this particular situation?

Let’s go ahead and dispel this entire myth that everybody in the Old West was carrying guns. According to reports, they weren’t. In fact, the Old West had stricter gun laws in place than we have in this country today. You were not allowed to openly carry a weapon. You were not allowed to bring your guns into establishments. They had very strict gun laws and very low gun crime.

The fact of the matter is, talking points like those used by Barton and Santorum in the past, and many other Republicans both in the past and in the present, more guns don’t work. How do we know this? Well, for starters, the United States owns roughly half of the world’s guns. United states civilians own almost half of the world’s guns, and we have the highest rate of mass shootings out of any industrialized country in the world. We also have the most lax gun laws. More guns do not equal less crime. They are not a deterrent. More guns equals more death, and that is the only equation that is held up and supported by the facts.