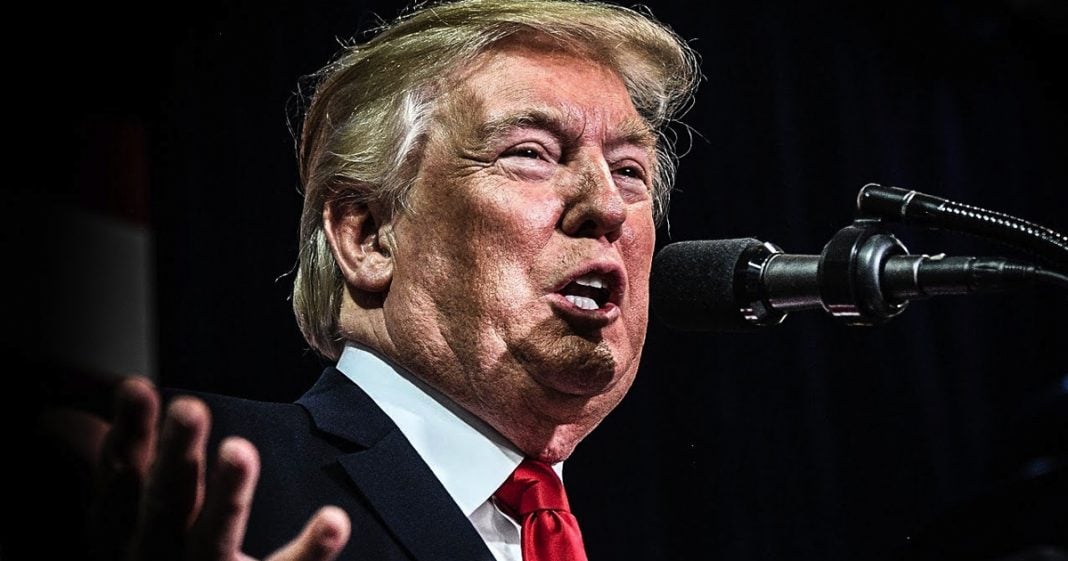 Several years ago, the Office of Tax Analysis within the federal government put forward a comprehensive study showing that supply side economics, or “trickle down” economics, can’t possibly work. And when Trump and his Republican cohorts released their tax package last week that was trickle down on steroids, they decided to remove that study from government websites. Ring of Fire’s Farron Cousins explains why the administration wants to keep you in the dark about the truth of their policies.

Last week, we get a full taste of the Republicans and Donald Trump’s tax package, which includes massive tax giveaways to corporations and the top 1%, while actually raising taxes on the bottom level of income earners in the United States in order to pay for those massive tax cuts. But something that happened during the release of that tax package is something that should have us all very very concerned, because nobody paid attention to it at the time. In fact most media outlets completely missed it. What happened was that all the way back in 2012, the Office of Tax Analysis within the federal government, did a report on how trickle-down economics is snake oil. How it is a scam and how it will never work, and more importantly how it’s screws over average American workers.

It does not work, and it creates an increased burden on the workers themselves. And the Trump Administration fearing that people in this country would see that report, because it was on the Office of Tax Analysis website decided to bury that report. They deleted it. They hid it from the American public so that we could not get a look at it, and understand that their tax policy was a complete fraud. All of the promises they been making publicly like, this was going to help American workers, this was going to help small businesses, this was going to create job growth. Every one of those talking points was thoroughly debunked in this government report. So the Trump Administration decided to do what they do best, and pretend that it didn’t exist. And the American public no longer had access to it through the government’s website.

There is a link, in the video description for this video, to a Politico article that has a pdf of the official report in it. I encourage everyone to follow that link. Download that report, and share it to as many supply-side economics fanatics as you can. Because as we’ve stated time and time again, trickle-down economics does not work. It has not worked ever. It will not work ever. In every available report on it shows that, yep it can’t work. All it does is increase the tax liability for workers and American families, while lower taxes on the top 1% and corporations who put that money in their pockets rather than spending it to create more American jobs. The Trump Administration is praying that you don’t get your hands on that information. So I encourage everyone, download the report, and share it will every single person that you know.