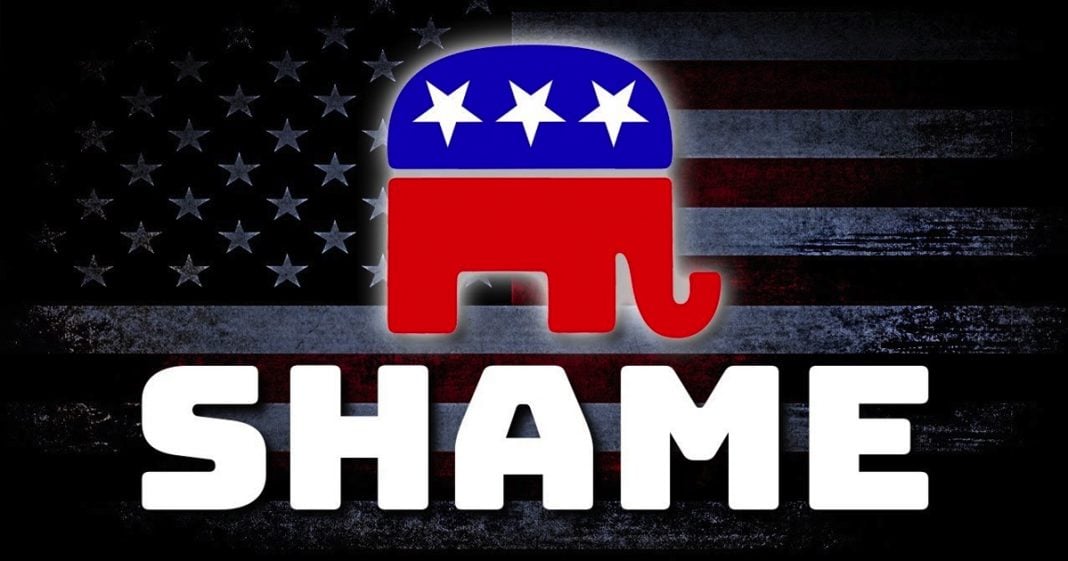 According to MSNBC host Mika Brzezinski, Republican politicians are declining media invitations to talk about the mass shooting that took place in Las Vegas on Sunday night. Republicans say that the tragedy should not be politicized, but that is just a ploy to prevent meaningful discussion about gun control legislation, as Ring of Fire’s Farron Cousins explains.

On Tuesday morning, Mika Brzezinski from MSNBC’s Morning Joe admitted that their show and others on MSNBC could not find a single Republican politician willing to come on the air and talk about the tragic shooting that took place in Las Vegas on Sunday night. They couldn’t find any elected Republican who would come on the show and somehow tell us what we need to do now in terms of response to this tragedy.

Do you know why? It’s a very obvious reason, ladies and gentlemen. It’s because Republicans have no more talking points that they can expend on this tragedy. Their usual talking points of, well, if a good guy with a gun was there, he could have stopped this. Really? How are you going to handle the fact if there was a good guy with a gun in that crowd just shooting randomly up at a hotel, a wall full of windows on different floors, not knowing where exactly the shooter is, how many more people could have died if that happened? That’s why we’re not necessarily hearing that particular talking point from Republicans right now.

The shooter in this case had 43 guns. 43 high powered assault rifles in his possession, both in the hotel room and back at his home, the majority of them were in that hotel room. The guy who ran the gun shop in Las Vegas who sold him the weapons said the guy was in and out the door like 50,000 times a day. I know he was being a little exaggerating there but, still, if the guy is coming in and out of your shop multiple times every single day, if you know that he has purchased 43 assault rifles from you, don’t you think that that should be a warning sign? That’s what gets me about this whole thing is everybody says, “Well, he had no warning signs. He had no motive.” No. When a guy purchases 43 assault rifles and spends all of his time coming in and out of a gun shop, that’s the warning sign, idiots. Nobody needs that many assault rifles. Nobody needs an assault rifle. Let’s just put it at that.

There was a time in this country, in fact, that time was about 13 years ago, when we had an assault rifle weapon ban in the United States. It expired under the George W. Bush administration, but it had been in place for a very long time. People didn’t need these high powered assault rifles. We understood that as a country, so we banned them for civilian purchase. It was constitutional. It was okay. It didn’t result in the government coming around and taking your guns away from you. We still had mass shootings but nowhere near, not even a fraction, of what we have today in this country. It wasn’t perfect, but it helped. We could do that again. But Republican lawmakers will not let us because the NRA won’t let them. That is why none of these Republicans have enough courage to go in front of the media and explain why they choose to do nothing.