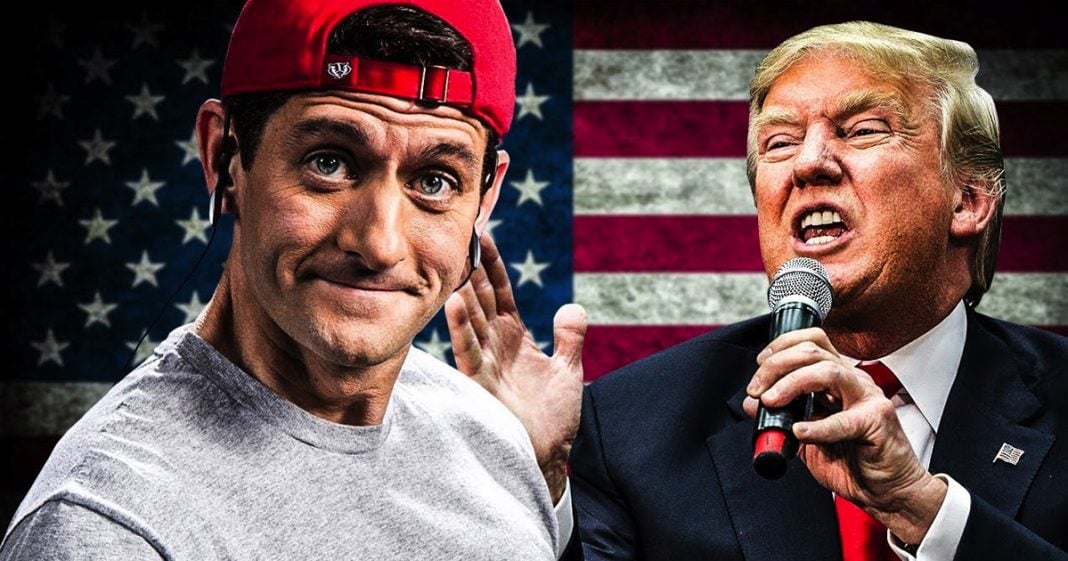 During a recent interview, Republican Speaker of the House Paul Ryan said that he is certain that the President’s heart is in the right place on matters of race in the United States. Is that why he spent more than a week denigrating black athletes? Is that why he attacked the mayor of Puerto Rico? Is that why he called racists “some fine people”? Paul Ryan hasn’t been paying attention, as Ring of Fire’s Farron Cousins explains.

Our recent interview on CBS’s Face the Nation, House speaker Paul Ryan said that he knows Donald Trump’s heart is in the right place on matters of race here in the United States. He said this with a straight face and he said it as if he actually believes it. According to Paul Ryan, what he said in this interview, he’s heard conversation with Donald Trump behind the scenes. You know, the conversations that nobody else gets to hear. The ones that take place in the corridors of The White House far from the reach of cameras and microphones. But Donald Trump seems like a really sensitive guy. The kind of guy that understands the plight of African Americans and Hispanics and everybody else who’s not white in this country.

Unfortunately for Paul Ryan, one, I absolutely do not believe that that has ever happened and two, the things that Donald Trump says both publicly on Twitter and publicly out of his mouth, prove otherwise. Donald Trump’s heart is not in the right place at all with regards to race relations in the United States. If it were, he wouldn’t have called Neo-Nazi’s some fine people and then black athletes protesting police brutality sons of bitches. But that is exactly what happened. Those were the President’s words. It’s not something that we’ve twisted to mean something else, something that we have taken out of context. That is what he said.

You can’t tell me that his heart is in the right place. He tried to hijack the entire national anthem protest movement and make it all about athletes disrespecting the flag and completely ignoring the fact that black people in this country are getting mowed down by police officers for no reason whatsoever. Donald Trump has been absolutely horrible on race relations here in the United States. Worse than anyone I have seen in my lifetime. So don’t say that his heart is in the right place. If he’s going to be racist, at least be honest about it.

Paul Ryan was given a tremendous opportunity during the Trump Administration to set himself apart and emerge as an actual leader within the Republican party and set up a potential future political bid for a higher office. Instead, he is proven time and time again, that he is nothing but a spineless little Donald Trump lapdog who will go out there and defend this president that the majority of this country absolutely hates, that the majority of republicans do not like. For what? Why does he do this? What does he have to gain?

Technically he has nothing to gain at this point. He has everything to lose and he isn’t even smart enough to understand that he is losing it because he won’t stand up to this bully of a president who clearly has racist inklings within him and instead goes out there and tells us insane little theories that Donald Trump is … his heart is in the right place when it comes to the treatment of black people in this country.