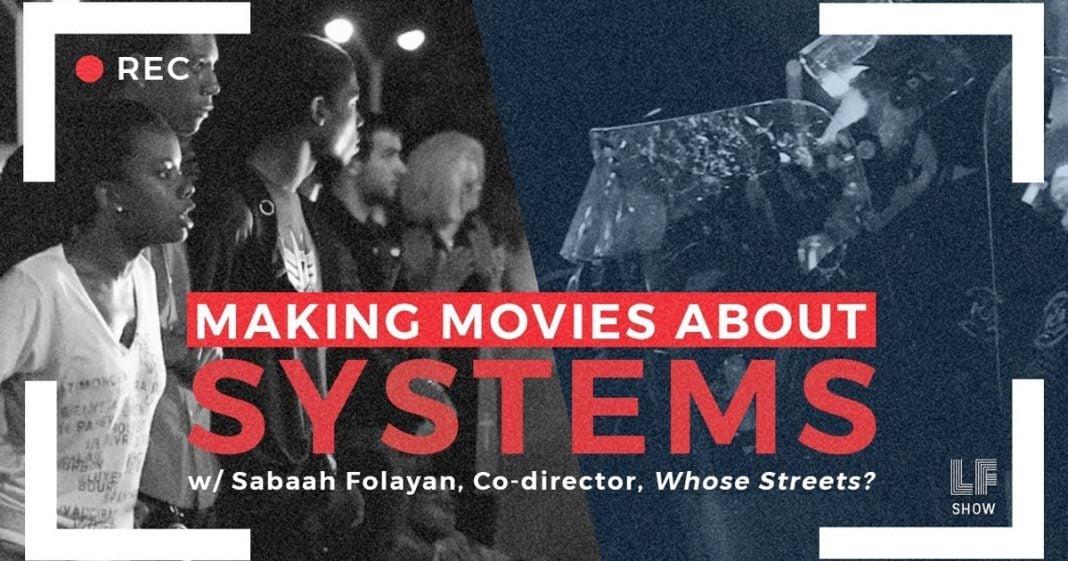 Making movies about systems, not symptoms, this week on The Laura Flanders Show we’ll talk with one of the directors of the documentary Whose Streets?. As the news cameras left Ferguson, Missouri, after the police killing of Michael Brown, Sabaah Folayan and her team stayed on to document what happens to people subjected to police violence as a matter of routine. And an F Word from me on surveillance. If you’re not outraged, you’re not paying attention and if you are, well the feds know about it.