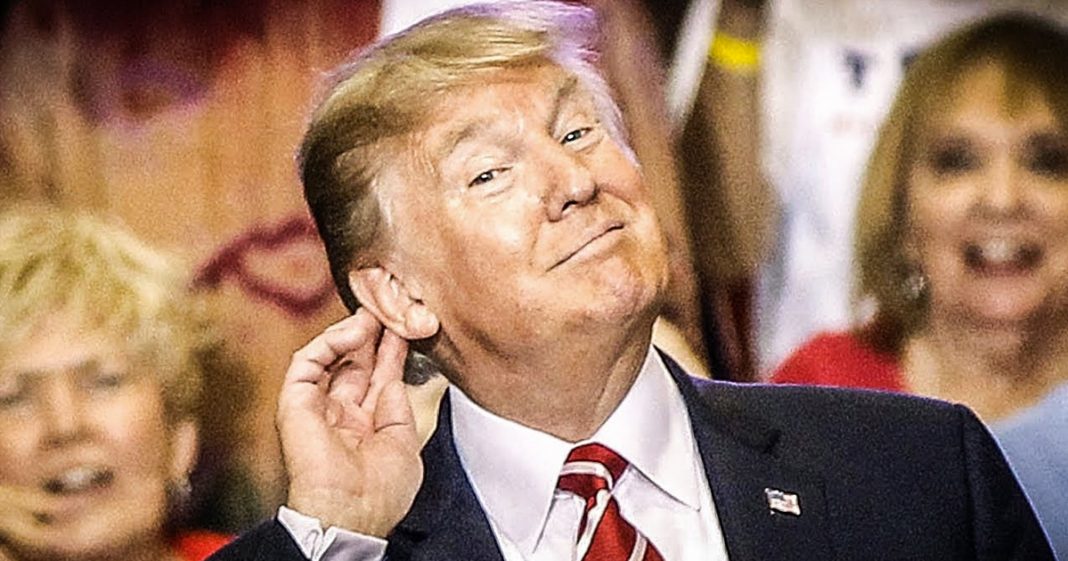 On Sunday, Donald Trump Tweeted that the actions of his Secretary of State, Rex Tillerson, are futile and that he shouldn’t be trying to “play nice” with Kim Jong un. Instead, Trump said he and his administration would do what needs to be done, an obvious reference to using force against the country. Ring of Fire’s Farron Cousins explains why this is the worst possible idea for dealing with North Korea.

On Sunday afternoon, Donald Trump took a break from insulting Puerto Ricans on Twitter and instead decided to have some kind of private conversation I guess with Rex Tillerson, the Secretary of State. In the tweets that he sent out, he told Rex Tillerson, our Secretary of State, who, according to Trump, is doing a great job, but he shouldn’t bother trying to negotiate with North Korea or kind of work out any kind of deal to make North Korea scale back their nuclear ambitions and instead said we will do what has to be done. Don’t worry, Rex. He then went on to say that 25 years of playing nice with rocket man hasn’t worked, that it didn’t work under Clinton, Bush, or Obama. Only he, meaning Donald Trump, can solve this problem.

Well, first and foremost, Kim Jong-un has not been the leader of North Korea for 25 years. Somebody probably needs to inform Donald Trump of that little piece of trivia, because it seems rather important. Second of all, it wasn’t until you became president and started antagonizing him on Twitter that he started saying, “You know what? I’m going to bomb your ass.” You know? They had weapons. They would occasionally issue these vague threats that they never had any intention of following through on during those other presidencies, and I guess the reason those other presidents didn’t take it too serious is because they knew it wasn’t serious. You, on the other hand, Mr. thin-skin Donald Trump, have made the situation so much worse. This was not about a failure of Clinton, Bush, or Obama. This is about a failure of you.

Rex Tillerson, to his credit, even though he’s a piece of crap, is actually doing what should be done. Meanwhile, you’re going on Twitter in front of millions of people and undermining the job that this guy is doing when it might be one of the only good things he’s ever done since the day he was born, but you can’t handle that. You want war. Why? Because again, you see the North Korea situation as some kind of failure of Obama, Bush, and Clinton, and you think that you can somehow be successful where these other people allegedly were not. This might be your only chance at some kind of victory during your presidency, so you want to make damn sure that you get the chance to lob some bombs over at North Korea.

Well, let me tell you this. There’s 25 million people in the country of North Korea that are essentially political prisoners. They have no contacts with the outside world. They don’t understand what’s going on outside their borders. They don’t know, and they’re not allowed to know. If you send bombs over there, you’re going to kill them. Not all of them, hopefully. Depends on what kind of bombs you send and how many, but you’re going to kill a lot of them. You’re going to kill a lot more of them than you will the so-called bad guys. That’s on you. Those are civilian deaths that can be prevented, and people like Rex Tillerson actually I guess kind of understand that, but you don’t care. You don’t care how many innocent civilians you have to kill so long as you get the opportunity to prove a point and say, “I did something that Obama was never able to do.”