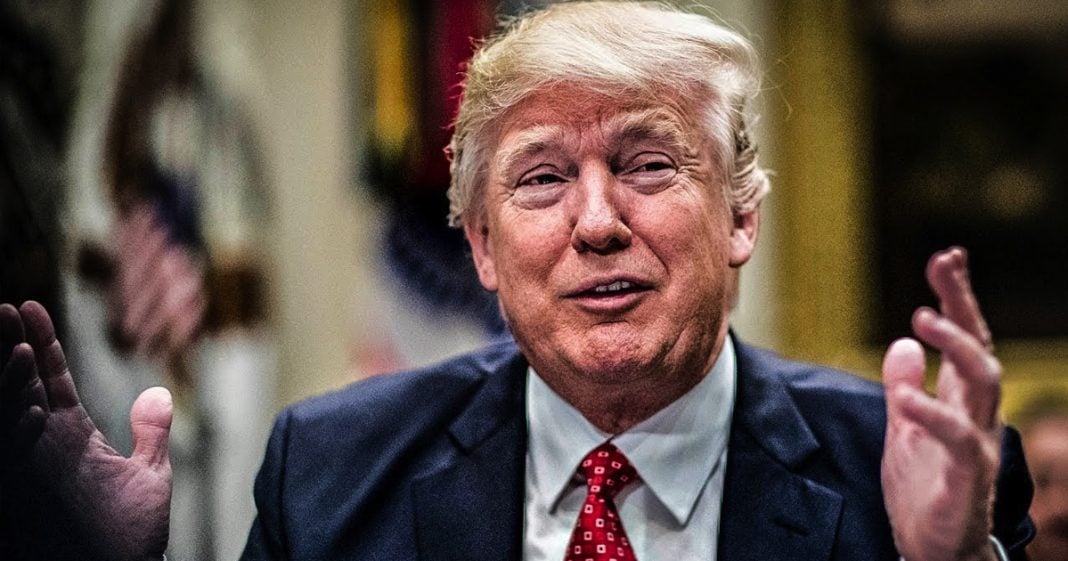 Donald Trump had a busy weekend, or at least he did on Twitter. Between rounds of golf in New Jersey, the President attacked the mayor of San Juan, Puerto Rico as a “poor leader”. He then proceeded to call Puerto Ricans ungrateful people with no work ethic who want everything done for them. This is disgusting behavior that should not be tolerated – people are dying and the best the president can do is insult them and dedicate a golf trophy to them. Ring of Fire’s Farron Cousins discusses this.

Donald Trump had quite the busy weekend on Twitter. Unfortunately, that was the thing he really did over the weekend aside, obviously, from playing golf. Since becoming president, Donald Trump has now spent a grand total of two months, out of eight months, playing golf. He spent three months, out of eight months, at a Trump branded property here in the United States and yet, somehow in between rounds of golf this past weekend, he had not only the time but, the audacity, to attack the mayor of San Juan, Puerto Rico as ungrateful. Questioning, not only her work ethic but the work ethic of all Puerto Ricans saying that they’re lazy and they want things done for them because they’re not willing to do it themselves and he attacked the leadership of the mayor of San Juan.

A women who was wading through almost chest high water with a bull horn, looking for survivors in the flooded areas while Donald Trump was out there playing golf and he had the gull to attack her leadership? He had the gull to call Puerto Ricans lazy because they’re literally begging for FEMA or the federal government or someone to come in and help them because the majority of them do not have drinking water. There may or may not, according to reports, be cholera in the streets because of the floodwater that is contaminating people. The morgues in Puerto Rico are at full capacity because they can’t handle anymore dead bodies but you, golfer and chief, Tweeter and chief, are the real leader here? No, you failed by every imaginable measure.

This crisis in Puerto Rico proves what a disgusting little, horrible waste of oxygen kind of human being you truly are Mr. Trump. You’re pathetic. You’re week. You don’t know what you’re doing. You’re not smart enough to do this job. You have no leadership abilities to speak of so you attack the leadership qualities of others. The only way you feel better about yourself is by dragging others through the mud, which they were literally already sloshing through to save other human beings’ lives. Would you do that? No. What you did was dedicate the golf trophy of this past weekend, to the victims in Puerto Rico as if that’s somehow going to help them.

What are you, going to fill it up with clean water and let everybody come around and get a spoonful of it? That’s about the only way that that might possibly even help. You’re a piece of crap. That’s the bottom line here folks. That’s what we’re dealing with and I’m tired of dancing around the issue and beating around the bush. Donald Trump is a piece of crap and his Tweets this past weekend, about the good people of Puerto Rico and that mayor of San Juan prove it without a doubt.