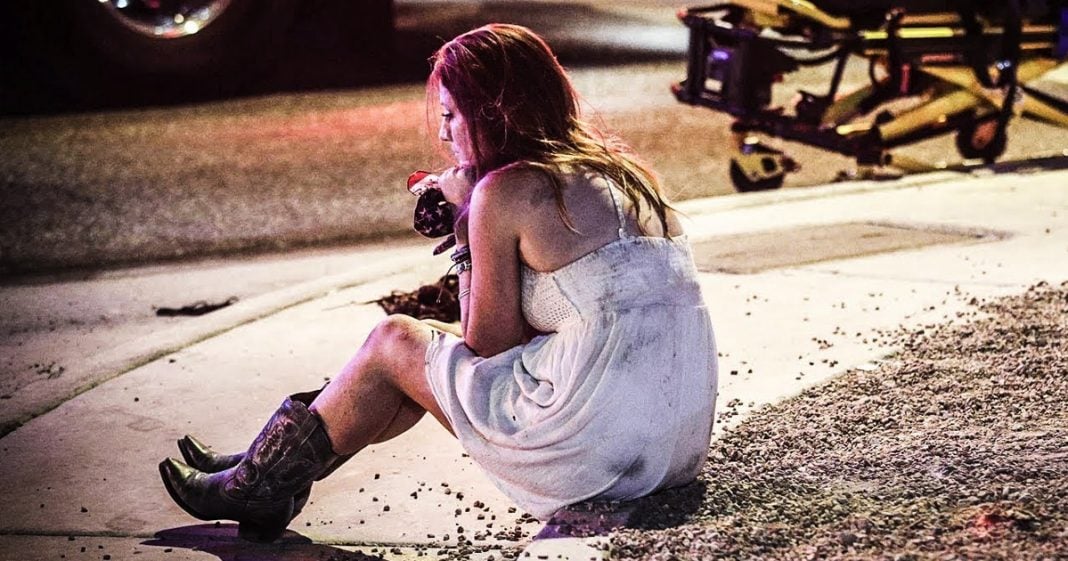 More than 50 people died and hundreds more were injured at a country music festival in Las Vegas on Sunday night when a mass shooter opened fire into the crowds. Witnesses say the shots lasted for about ten to fifteen minutes and the shooter was using an automatic weapon designed to kill a lot of things very quickly. Both Republicans and Democrats began Tweeting out their “thoughts and prayers” after the tragedy, but that’s not good enough. As Ring of Fire’s Farron Cousins explains, the time to act – or at the very least open up a serious dialogue – about gun control is right now.

Last night in Las Vegas, more than 50 people were killed, more than 400 people have been taken to the hospital as a result of a mass shooting that took place at a country music festival. The shooter, a 64-year-old white male, was firing down into the crowd from a hotel window at the Mandalay Bay Casino. The police found 10 rifles in his hotel room. He shot himself before they could actually enter the room. More than 50 people dead, making this the deadliest mass shooting in US history, which actually happens to be the second time in two years that we’ve had the deadliest mass shooting in American history. Before that, it was the nightclub in Orlando.

The guns that the shooter in this specific instance had were not illegal. He purchased them, because he’s allowed to. Now, I’m not saying we need to go round up and make sure nobody in this country can buy a gun, although I, personally, wouldn’t be opposed to that. I’m saying we’ve got to do something about high powered assault rifles and get them out of the hands of people in the United States. Those guns were designed for one purpose, to kill as many human beings as possible in as short of amount of time as possible. That’s what’s wrong with this situation. No human being civilian in this country should ever have their hands on that, because it’s a human killing machine. That’s what it’s for.

The NRA has been deathly silent since this attack took place. They’re the ones who push for lax gun control in the United States. They’re the one who lobbied congress to make sure we don’t pass any new gun laws. They’re the ones who their only purpose is to make sure that gun sales in the United States continue to climb. In fact, Monday morning, following the shooting, gun stocks, once again, through the roof. They love a good mass shooting, because they know we, as a country, don’t take the issue seriously.

I’ve seen people on Twitter saying, “You know, we react to this the same way we react to a natural disaster,” as if it’s some kind of act of God that we have no control over. We absolutely can control these situations, but it’s going to take serious people in Washington DC to do it. They’re the only ones who have the power to do something about this, yet all of them are silent, which means that all of them are complicit.