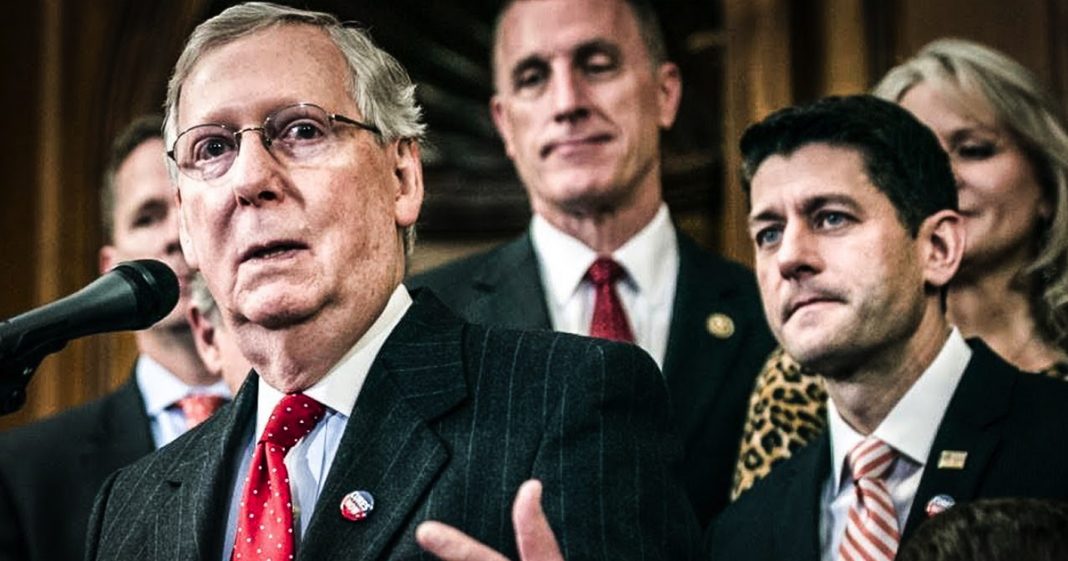 As the media was distracted by Trump’s horrific behavior towards Puerto Rico this past weekend, Congress allowed the funding for CHIP to expire, jeopardizing the healthcare coverage of 9 million American children. This could end up being a death sentence for many of these children who have no other means of getting coverage, but as Ring of Fire’s Farron Cousins explains, Republicans don’t care because those children aren’t funding their campaigns.

While the corporate media was distracted by all of Donald Trump’s tweets and stupidity and anger towards Puerto Rico over this past weekend, Congress was able to do something that many of us didn’t think they were actually gonna follow through it. They allowed funding to expire for the CHIP program, which provides health insurance for nine million children here in the United States. By allowing that funding to expire, that means that this program will no longer be receiving federal funding, which means that in most states those children will automatically be without health insurance.

Now, the federal government pays for most of the CHIP program. Some of the money for it comes at the state level and some states actually do have a little bit of money leftover at the moment to keep the program going for just a little while. Maybe not all nine million children in the United States are gonna be without health insurance, but the majority of people who got their insurance through CHIP will be. This program provided routine well visits for children, immunizations, prescriptions, glasses, dental care, lab and X-ray services, all kinds of things for children who otherwise would not have any other means of healthcare here in the United States and the Republicans and Congress, because they’re so damn lazy and incompetent, couldn’t be bothered to extend this program. Why? Most likely because they want to try to tie it to some kind of Obamacare repeal and if the Democrats won’t go along with that, then they’re gonna hold this nine million children as some sort of political hostage, so that they can get what they want and kick 32 million people off of their health insurance plans. That is what the Republicans want.

There is no reason why any of these children should be without health insurance. There’s no reason why anyone in this country should be without health insurance. But that is exactly what the Republicans want. Why? Because if they can do that, they’re gonna somehow twist it to say to look how democratic party’s fail. “The Democrats did this even though we were 100% responsible for it”. There is enough dumb people in this country to actually believe it. Republicans are heartless, soulless monsters, ladies and gentlemen. Because wouldn’t you have to be to let nine million children in this country suddenly lose their health insurance, because you’ve got some kind of political ax to grind with the opposition party. But that is exactly what we’re dealing with, with Republicans in the United States today.