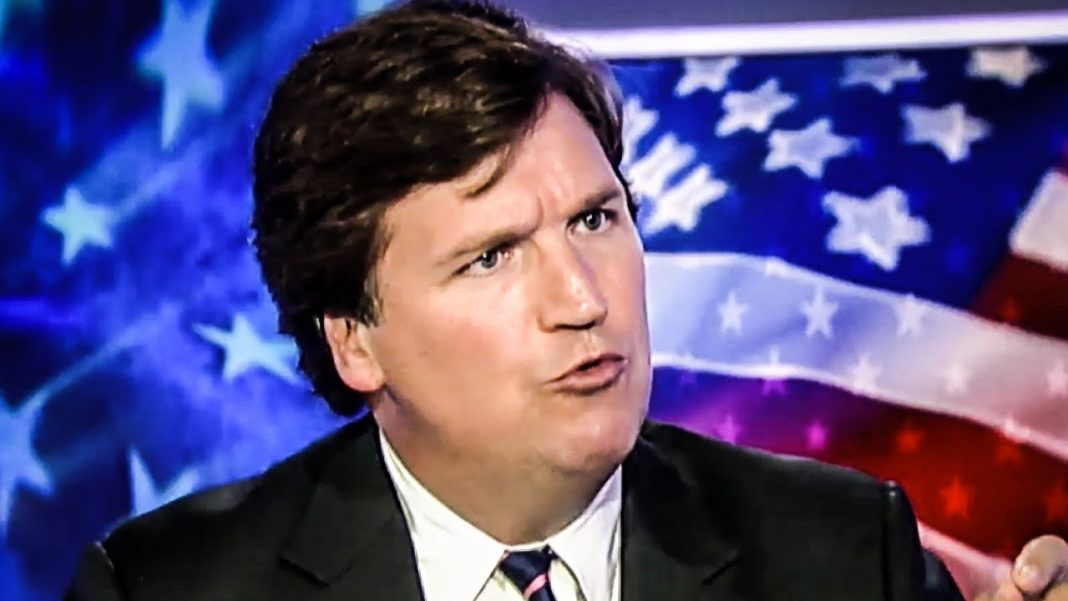 During one of his more ridiculous segments this past week, Fox News host Tucker Carlson spoke with Scott Bolden, a black lawyer who happens to be well off financially. In the heated exchange between the two, Carlson repeatedly tried to claim that Bolden’s wealth is an indicator that (1) black people are not oppressed and (2) that he’s never experienced real oppression because he has money. Carlson grossly misstates the actual problem and shows that he has no clue how oppression works, as Ring of Fire’s Farron Cousins explains.

The people at Fox News, specifically Tucker Carlson, still don’t seem to understand how oppression and race relations in the United States are actually working today. Take a look at this interview where Tucker Carlson interviews Attorney Scott Bolden about the issue of race. Bolden is an African American attorney, very wealthy, has money. So listen to Tucker Carlson’s justification of Bolden not actually understanding what’s happening in the country. Take a look.

Tucker Carlson: If you put that around, you’d be bounced out of here and out of your job at your fancy law firm in about 10 minutes.

Tucker Carlson: You’re not making a generalization, you are.

Scott Bolden: Let me tell you how I know I’m right. People of color live with racism and racial oppression every day in their communities of color.

Scott Bolden: White America does not. You can never understand [crosstalk 00:00:55] I’ve been brutalized by the police. I’ve been-

Scott Bolden: It doesn’t matter. Race is the tie that binds us. Economics may separate us but the police have wrongfully stopped me. They’ve spread me-

Tucker Carlson: Okay. I actually believe you but you-

Tucker Carlson: I can’t relate to it. Okay. Because I’m white, you’re saying that I have no voice in this conversation.

Scott Bolden: You do.

Tucker Carlson: You are fundamentally unreasonable and the position you are taking is an inherently racist one because you are dismissing the position of someone on the basis of his skin color. That is outside the bounds-

Scott Bolden: No I’m dismissing it because of your experience or your lack thereof.

Tucker Carlson: You know nothing about my experience.

Scott Bolden: Have the police ever brutalized you? Wrongfully stopped you? Spread you on the ground?

Let’s get one thing straight right off the bat. Money, personal wealth has absolutely nothing to do with whether or not you are oppressed in this country. Case in point. Michael Bennett, defensive end for the Seattle Seahawks. After the Mayweather-McGregor fight recently in Las Vegas, Bennett was pulled over and assaulted by police officers. Bennett, a black man, has a lot of money. NFL superstar assaulted by police just because of the color of his skin. Do you think they pulled him out of that car and pointed guns at him and asked him what his net worth was? do you think they asked him what he did for a living? No. Because they didn’t care. All they knew was that a black man did something they didn’t like and they were going to make his life a living hell and possibly end it depending on how they felt that day.

Tucker Carlson doesn’t get it. Most white people in this country don’t get it because we can’t get it because it hasn’t happened to us which is what Bolden was trying to say to Tucker Carlson. It doesn’t matter how much money you have as we’ve seen. We’ve sene the videos of wealthy black people being treated in this manner. It doesn’t matter. Police officers that are like this don’t care. It’s not all police officers, but it’s enough to justify addressing this massive problem. Tucker Carlson is trying to use Bolden’s wealth, his personal wealth as some kind of talking point to say you can’t understand because you’re wealthy. Now, this is something we have seen from a lot of idiotic Conservatives in the last week, saying, “Oh, these poor multi-millionaire NFL players. They don’t understand oppression. They’re rich. Look at them. They’re fine. They’re just whiny.”