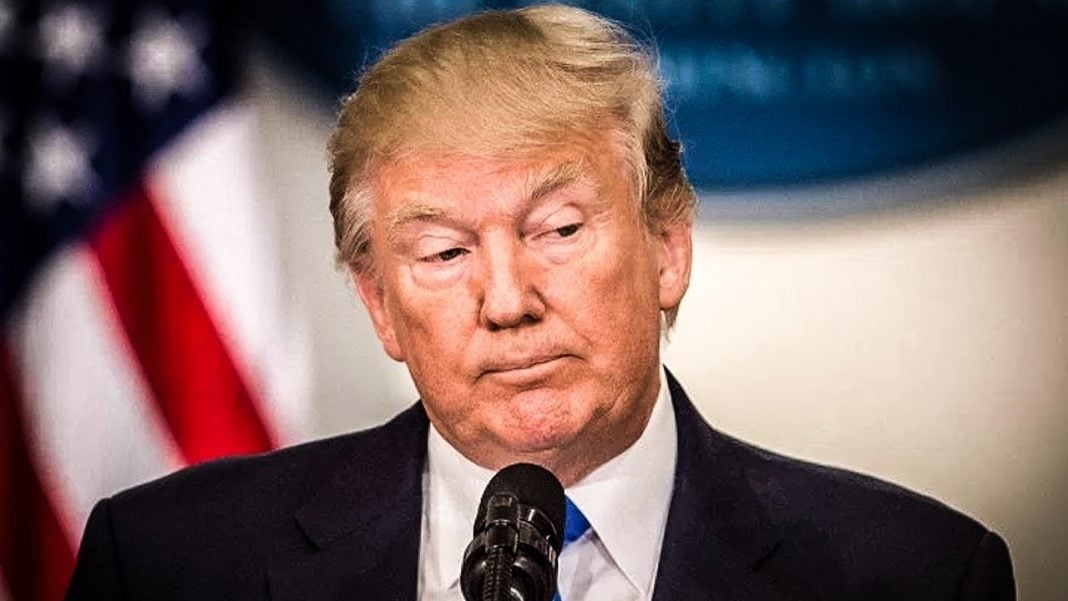 Between the revelations that his appointees are zipping around the country on private planes at the expense of US taxpayers and the fact that at least 6 members of his staff – including his own family members – are using private email accounts to conduct official business, Donald Trump and the Republicans are suffering from a massive hypocrisy problem. Ring of Fire’s Farron Cousins explains.

When Donald Trump was campaigning to be President of the United States, the phrase drain the swamp became one of the centerpieces of that campaign. It’s something that Republicans, Trump supporters on Twitter still tweet out when talking to the President, about the President. They really believe that he has drained the swamp in Washington, D.C. So, let’s take a good hard look at what that newly drained swamp looks like.

Well, it looks a hell of a lot like American taxpayers have paid $300,000 for Health and Human Services Secretary, Tom Price, to fly on private jets zipping all around this country. $300,000 at the expense of U.S. taxpayers to spend his time on private jets. The most recent one was a trip to Nashville from D.C. that cost taxpayers a little over, I think, $17,000, because Tom Price is too good to fly commercial. He’s got to take those private jets for whatever the hell it is he’s doing.

Scott Pruitt at the EPA is doing the same thing. They’re out there taking both personal trips and business trips on private jets at the expense of U.S. taxpayers. That’s not exactly draining the swamp. What it is draining are the federal government’s cash reserves, because not only are they spending our tax dollars, but you’re also trying to cut taxes for the wealthy, so there’s going to be even less, fewer tax dollars for these guys to spend on private jets. But I’m sure the Trump administration will find a way to pay for more of these flights, possibly by killing Medicaid and after-school programs and things like that. You know, those aren’t as important as having your idiots that work for you fly around in private jets.

But private jets aren’t the only problem. Another centerpiece of the Trump campaign was lock her up. Remember that chant that Republicans would say at the Trump rallies in reference to Hillary Clinton for using a private email account? Well, as it turns out, we now have no fewer than six people within the Trump administration who have been caught using private email accounts for official government work, a move that is potentially illegal, depending on the expansion and the definition of the Presidential Records Act. If they’re running any campaign issues through their personal email accounts on White House equipment, that would be a violation of the Hatch Act. So far there’s no indication that either one of those Acts have been violated.

But what has been violated is our right as American citizens to not have such a hypocritical President and administration in office. They wanted to put Hillary Clinton behind bars forever because she used a private email account, and now six people, including two members of Trump’s own family, have been busted doing the same thing. That is one of the … I mean, that’s the height of hypocrisy at this point. That’s what we’re living in and they don’t seem to see a problem with it.

Yeah, technically, what these people are doing is not illegal, but when you made your entire campaign about one woman using a private email while she worked in the federal government, then six of your people turn around and do the same thing, you have a very real problem on your hands, Mr. President, because you’re the one who made this an issue.

Donald Trump has suffered public humiliation after public humiliation. Really, in the last week alone, he got trounced by the NFL, his candidate du jour of Alabama lost, and so he had to go back and delete all those tweets supporting him. The private plane issue is now under investigation by Congress, and damn near everybody in his administration’s trying to use private emails to conduct official White House business.

And this is all, folks, in the span of one very bad week for President Trump.