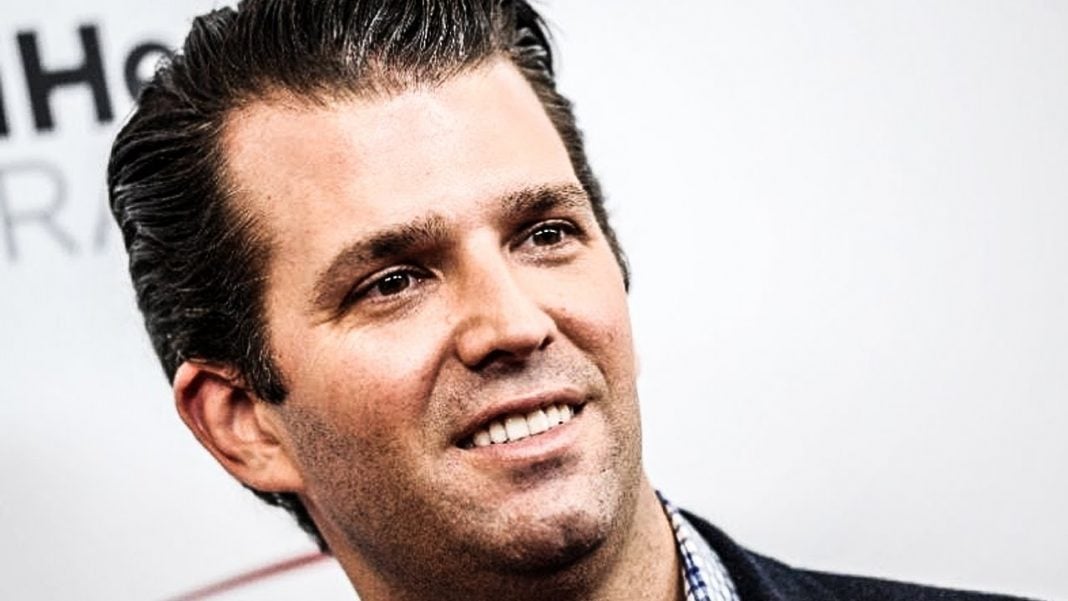 Rumors swirled when it was announced that Donald Trump, Jr. would be relinquishing his Secret Service protection a few weeks ago, but now we finally have a clearer answer as to why Junior wanted the Secret Service gone – he wanted to go kill a moose. According to reports, during the brief period when Junior had no Secret Service protection, he traveled to Canada to go on a hunting expedition to kill a very large moose. Ring of Fire’s Farron Cousins tries to illuminate what’s wrong with these people.

Awhile back when it was announced that Donald Trump, Jr. would be giving up his Secret Service detail protection, there were a lot of rumors swirling as to why Trump Jr. would no longer want Secret Service around him to protect him. One of the things many people had thought was that was cause he didn’t want the Secret Service to overhear any kind of secretive conversations that he was having. But as it turns out, the truth is a lot less sinister than that.

In fact, the truth has more to do with Donald Trump, Jr.’s insecurity as a man than it does about any kind of scandalous behavior because reports are now saying that Donald Trump, Jr., the reason he wanted to get rid of his Secret Service detail, was cause he wanted to go hunting in Canada to kill what he killed what he called, “A very big moose.”

This little man, this little insecure man, wanted his Secret Service out of the way so that he could go into the wilderness and kill a very large docile animal without the animal ever seeing him or having a chance to fight back. Because that’s the kind of man that Trump Jr. really is. He has to go out and kill something bigger than him, something that could potentially be dangerous, just so that he can feel like a real guy for a few minutes.

I know a lot of people are okay with hunting. I’m okay with hunting if you’re out hunting for actual food and you’re gonna use it. Killing an animal for fun, that’s not something I’m ever okay with. In fact, psychologists will tell you that’s one of the traits of a psychopath. That is pretty much what Donald Trump Jr. is. He loves to travel around the world and kill big game animals because again makes him feel like a man for a few seconds, maybe even a few days.

But there is something missing from his life, from his brain, possibly from his own hormone levels, that is preventing him from being able to feel accomplished, from feeling complete. He’s trying to fill that hole by going out there and killing things larger than him. There is something psychologically wrong with this man.

I know we’ve spent a lot of time talking about Trump Sr.’s psychological problems, but I think it’s time we also focused on little Jr. because whatever Trump Sr. is suffering from, Jr. is suffering from it to an exponential level. This is not normal behavior. This is not what a rational thinking son of a president goes out and does. Basically fires the Secret Service for a few days so he can go out and kill a moose up in Canada.

Something’s wrong here. If we are beyond past time to get these idiots out of the White House, so we don’t have to deal with crap like this anymore. You know, I’m getting tired of talking about Trump and his idiotic family and the stupid things they do and the harm they’re inflicting upon America. It’s up to Congress at this point to do something, to act on it, to get these people out of office so we can work on actually rebuilding this country and start talking about issues that actually matter. Instead of having to waste time talking about psychopath Jr. going out and wanting to hunt a moose so I can feel like big, strong man for a few minutes.