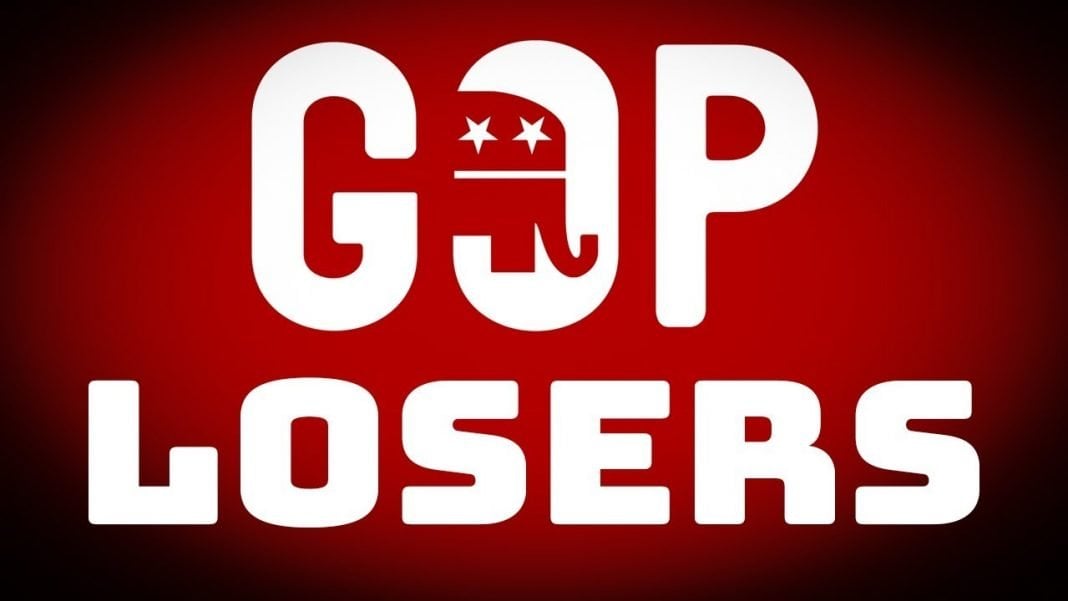 According to the latest polling data, support for elected Republican officials has fallen by more than 30% among actual Republican voters, with a majority of Republicans disapproving of their own Party. So why do they keep voting for these idiots? The Party’s goals have not changed in the last 40 years, so why has it taken until now for these voters to realize what’s happening? Ring of Fire’s Farron Cousins analyzes the latest data and offers some explanations.

The United States Congress, right now, has an approval rating of 15%. It’s weird because that’s actually not even the lowest that it’s been in the last few years, so I guess they’re gaining a little bit by finally making it all the way up to 15%. At one point, they were all the way down to 12%. That statistic is nothing new. I just threw that out there so everybody could understand how unpopular, as a whole, our elected officials are in Washington DC. What’s really interesting is that a new poll that came out this week shows that even Republican voters hate Republican politicians. According to the latest polling data, support among Republican votes for Republican politicians has fallen from 61% earlier this year all the way down to 32%. Again, that is only among Republican votes on how much they support their Republican politicians. The big question I have is what changed? Seriously, Republican voters. Why now? Why suddenly do you have a problem with these people you have been supporting for years? Their platform hasn’t changed. Hell, their platform hasn’t changed since the 1980s. Is it the overt racism now versus the covert racism back then?

The covert racism of welfare queens that Ronald Regan threw out? That George H.W. Bush threw out? That George W. Bush put out? Now, they dropped the veil and they’re overtly racist, and now suddenly you have a problem with that? I honest to God want to know what happened to make all of these Republicans hate the Republican politicians. They told you that they wanted to appeal the Affordable Care Act and screw millions out of health insurance. They campaigned on it for years. They’ve told you that they want to cut taxes on the wealthy because they still believe in that trickle down lie that’s been proven false time and time and time and time and time again. What changed? It’s not them. I’m hoping it’s you. Honestly, this poll does give us hope. Not just because it shows they don’t support them, it shows that they’re waking up to it. It shows that they’re finally starting to understand what this party is all about. To their credit, for many years, a lot of this was covert. The racism in the Republican Party was not front and center.

They used Dog-whistle politics, codewords, buzz words that you’d have to be real keen on in order to decipher that it was about racism. Well, all that’s gone by the wayside now. They talked about job creation, but now, every voter in this country understands that when they talk about job creation, they’re talking about cutting taxes on millionaires and billionaires, which is in no way related to job creation at all. The veil has come down on the Republican Party. Their policies haven’t changed. Their talking points haven’t changed. They’re just not doing it in secret anymore, and voters finally understand that. More importantly, Republican voters finally understand that. As of right now, things are looking up for the Democratic Party in the 2018 midterm elections, but if they want to secure that victory, because we saw in 2016 and 2014, Congress had a horrible approval rating in the teens, yet they still won reelection. Democrats have to come up with plans, with policies, and with proposals because you’re not going to win the next election just talking about how stupid Republicans are. Leave that to us. We do a good job of it, and we enjoy it.