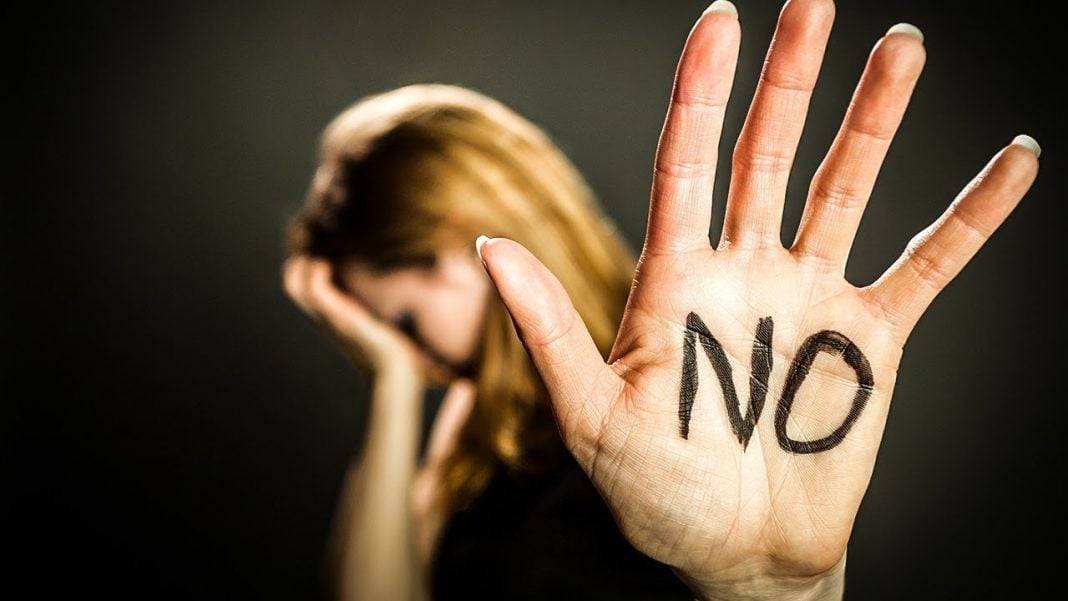 Education Secretary Betsy DeVos has decided that people in college accused of rape have it too rough, so she decided to rescind Obama-era guidelines on how to investigate campus sexual assault. DeVos believes that rape hardly ever happens on college campuses, but the statistics say otherwise. And even worse, the accused are rarely held to account, even if they are found guilty. Ring of Fire’s Farron Cousins explains.

On Friday, this past week, Education Secretary Betsy DeVos decided that those accused of campus sexual assault are having a tough time in college. And therefore, she decided to rescind an Obama era rule that laid out how campus sexual assaults are investigated. It put a little more faith into the accusers than it did to the accused. Betsy DeVos says that’s just not fair. These poor men all over this country getting accused of rape, who’s going to help them? Who’s going to protect these sexual assaulters?

Well, now we have our answers. Secretary of Education Betsy DeVos is right there in your corner, rapists. And she’s making it easier for you to get away with sexually assaulting anyone that you want to sexually assault.

Here’s the problem, and I don’t think Betsy DeVos quite understands reality here in the United States. The majority of campus sexual assaults either go unreported or they go unpunished. We have seen too many stories in the last few years alone of a white kid, sometimes not even a white kid, but usually a white male, maybe an athlete, rapes a woman in college. He gets tried. He gets convicted. And then the judge steps up and says, “Hold up. Now this guy has a bright future. Look at him. What a great standup citizen. He made one bad decision. I’m going to commute his sentence, maybe give him a couple weeks of probation. And then he’s off the hook. He doesn’t have to register as a sexual offender. He gets to put his life back together, because I have so much sympathy for him.”

Meanwhile, the woman probably going through some form of post traumatic stress disorder, which is incredibly common in rape survivors, gets nothing. She doesn’t get justice. Her rapist doesn’t go to jail. She gets basically slapped in the face by the court system here in the United States. Slapped in the face by the educational system that is put in place by people like DeVos to protect rapists and to punish accusers. That is how justice works now in the United States. Betsy DeVos is right there pushing it along, because that’s what she wants. And why? Maybe it’s because she works for a guy who bragged about sexually assaulting women. That Access Hollywood tape that surfaced, if you don’t think that’s sexual assault when Donald Trump says, “Go grab them by the you know what.” Then I suggest you go look up the definition of sexual assault, because Donald Trump admitted it himself. That is what he is. And that is what Betsy DeVos, the secretary of education is out to protect in this country.

We need to stop treating rape victims like it’s their fault. We’ve got to stop the victim blame. Do you know who’s to blame for rape? The rapist. And that’s it. That’s the end of that conversation. It doesn’t matter what she was wearing, how much she had to drink, what kind of personality she has, whether or not she was flirting with anyone. None of that matters, because the only person responsible for rape is the person who commits the rape. And yet time after time, especially when it comes to sexual assault on college campuses, that rapist is given the benefit of the doubt. And the accuser is usually treated as some kind of money hungry slut, basically is usually what they call them. She gets her life destroyed because schools and our justice system are more interested in protecting and covering up rapists than they are about having women seek justice.