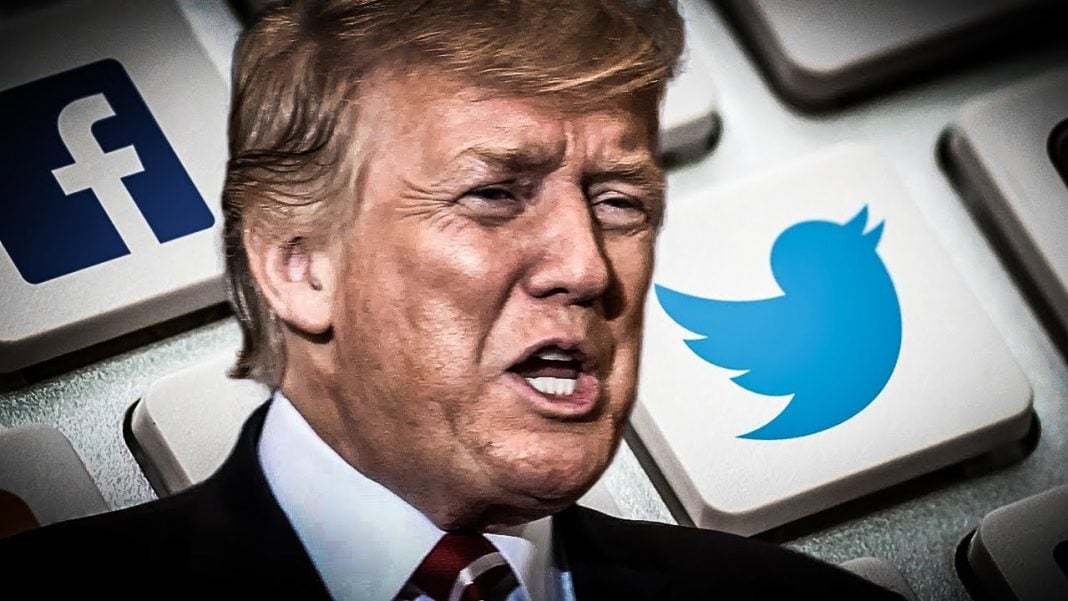 The Department of Homeland Security has instituted a new policy set to go into effect on October 18th of this year. That policy is to gather all of the available social media data on immigrants in the United States – including those who are already naturalized citizens here. This is a gross violation of our Constitutional rights, but in Trump’s war on immigrants there are no rules, as Ring of Fire’s Farron Cousins explains.

Last week, the Department of Homeland Security published a new rule in the Federal Register that would allow the Department of Homeland Security to gather up all of the social media information on all, all, A-L-L immigrants in the United States, including those that are already naturalized U.S. Citizens. This rule is not a proposal. This rule is something that is set to go into effect. In fact, it’s going to go into effect on October 18th.

Starting on October 18th, the Department of Homeland Security can go through and gather and document all the information on your Facebook page or on your Twitter feed. If you’re one of the people that has LinkedIn or Google Plus, they’re probably going to look at those too. They might have to create a login to get in there, but they’re going to pull it.

This is a gross violation of our Constitutional rights as U.S. citizens, because keep in mind, this isn’t just about people who come over here and visit the United States and are trying to become citizens. To an extent, it would make sense, to make sure they’re not a threat. Maybe scroll through their Facebook feed just to be sure, but don’t document it. You don’t need to keep records of it. You just need to vet a little better. However, the people that are already here that are already naturalized citizens, they are protected 100% by that United States Constitution. This kind of data breach, this kind of data grab, I should say, is absolutely illegal. You cannot, as a federal law enforcement agency, go through somebody’s social media and use that information in any kind of way against that person, whether or not it’s to throw them in jail or deny them citizenship or attempt to deport them. That is illegal.

Unfortunately, legality doesn’t exactly matter to the Trump administration, who is calling the shots here. They’ll do whatever it takes in their war against immigrants. They understand that the majority of people who come into this country are not bad people, the vast majority of them. In fact, the crime rate among immigrants is actually lower than that of regular U.S. citizens, but don’t tell that to Donald Trump. No, because according to him they’re all coming over here to rape and murder us. He literally said that. He said that in his opening speech when he announced he was even running for president.

This has to stop. These are not bad people. These are very good people seeking a better life for themselves or their family or whoever it is. They just want to do better. Yeah, if you think someone might be bad, if you have reasonable suspicion, scroll through the Facebook feed, but you don’t document it, you don’t use that as something against them, but that is exactly what they’re trying to do. This is a gross breach of our privacy by them using our social media outlets as a weapon to help with their mass deportations.