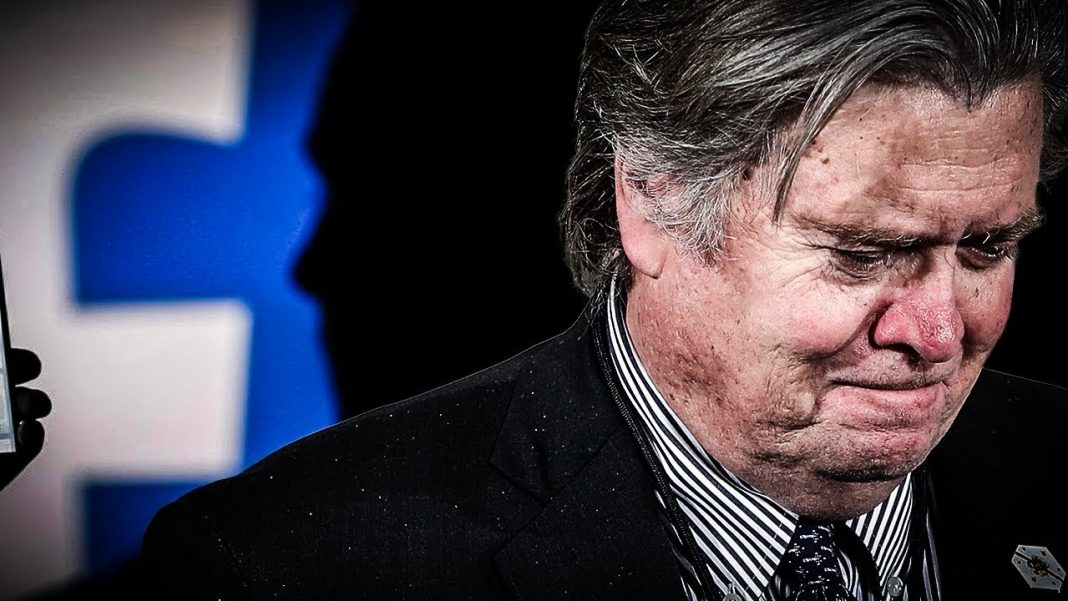 According to leaked emails obtained by Buzzfeed, Steve Bannon tried to get a pro-Donald Trump mole installed at Facebook in order to help promote Trump in 2016. This tactic wasn’t successful, but it gives us a very clear picture of the kinds of sneaky, deceitful things that people like Bannon and many other Republicans are willing to do in order to win. Ring of Fire’s Farron Cousins discusses this.

Recently it was revealed that Steve Bannon, the former Donald Trump staffer, counselor, advisor, whatever you want to call him, who recently went back to Breitbart where he came from before he joined the Trump administration and campaign, it was recently revealed via leaked emails, that Bannon had floated the idea of trying to put a pro-Trump mole inside of the Facebook organization. According to the emails, one staffer for Bannon found a job opening for public policy manager within Facebook. Bannon then floated the idea of putting one of his own people, a pro-Trump, pro-Breitbart person, having them apply for the position and get it, so that then Bannon and the Trump administration could feed them positive stories, anti-democratic stories, and hopefully get those somehow distributed via Facebook.

Now, we’ve learned recently, that Russia bought a bunch of pro-Trump, anti-Democrat, anti-Hillary ads on Facebook, in an attempt to sway the election, and my response to this Bannon story is similar to my response to that Russia, buying ads stories. Americans, we may not be the brightest, but if we’re willing to fall for this kind of fake news propaganda, because we don’t want to take the two seconds to look up whether or not it’s true, that says a lot more about us, than it says about the opposition, in this case Steve Bannon.

Steve Bannon understands, that as a whole Americans, we’re not that bright, but more importantly, we’re also pretty damn lazy, and that if he feeds Facebook fake information, fake news about the Trump administration, those pro-Trump people on Facebook who see it, are going to eat it up without ever questioning the authenticity or without ever questioning the source. That says more about us as a country, than it does about the evil shenanigans of Steve Bannon.

Yes this is dirty and deceitful, but at the end of the day it’s on us again. We can’t continue to fall for this fake news BS that we see on social media. If you see a loved one or a relative posting this nonsense, call them out on it, but don’t just call them out, send them to a correct source, Snopes it, fact check it, do whatever you have to do, but stop the flow of misinformation, because it’s not the people who are putting it out that are the problem, it’s the people who perpetuate it. The people who believe it, that’s the problem. If we don’t fix that, then none of this matters. None of it.

We have to work on public education, and I’m not even necessarily talking about at the school level. We have to do that, each and every one of us. Correct people when they’re wrong, show them how to find the right answers, you don’t always have to spoon-feed it to them, just show them where to go, help them out. We can educate one another if we put effort it to it, because if not, stories like this of Steve Bannon trying to infiltrate Facebook, stories of Russia buying ads on Facebook, they’re going to be a lot more important, the ads and misinformation that these groups put out, because we, aren’t doing enough to stop it.